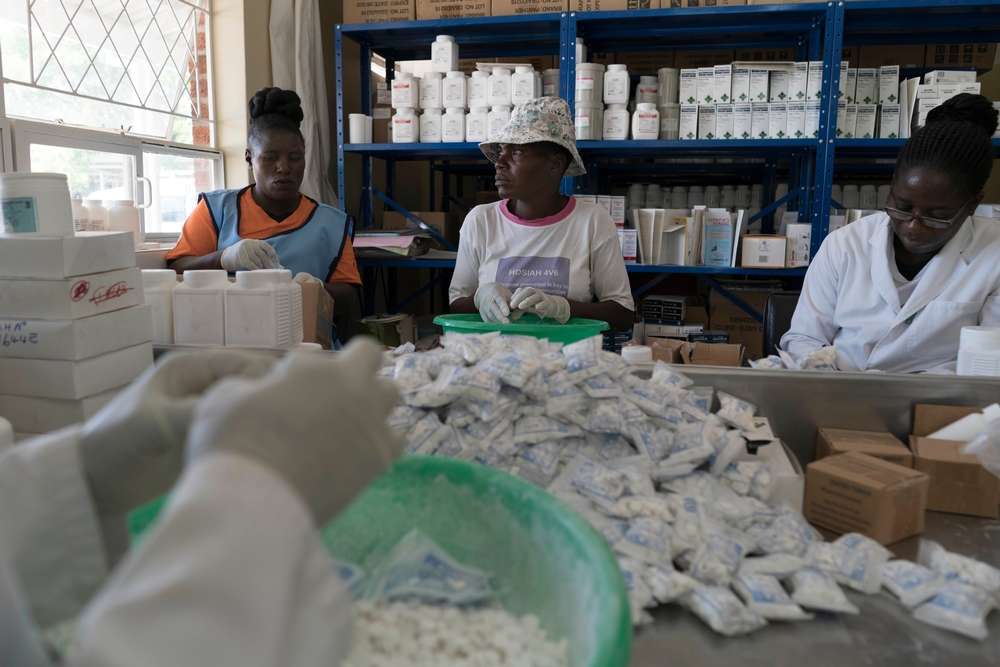 PRESS RELEASE: The just-released study stating that switching patients from the branded combination antiretroviral ‘Atripla’ to generics could be therapeutically ‘less effective’ is misleading and misses a big part of the picture.

PRESS RELEASE: The just-released study stating that switching patients from the branded combination antiretroviral ‘Atripla’ to generics could be therapeutically ‘less effective’ is misleading and misses a big part of the picture.

The just-released study led by Massachusetts General Hospital in the Annals of Internal Medicine stating that switching patients from the branded combination antiretroviral ‘Atripla’ to generics could be therapeutically ‘less effective’ is misleading and misses a big part of the picture.

Medical consultation for a victim of sexual violence in Guatemala. The patient is provided with ARV preventive drugs and different vaccination such as Hepathitis B. © Natacha Buhler/MSF

The harmful role played by patents in blocking the use of quality-assured generic combination drugs is overlooked.

The article further conflates evidence that single-pill "fixed-dose combination" HIV drugs lead to better treatment outcomes with the false notion that generic medicines themselves may lead to worse outcomes.

The study concludes that switching to generic regimens in the US could result in savings of US$1 billion in the first year alone, but this important and hard-hitting conclusion is obscured by the fact that the quality and efficacy of generic medicines is erroneously questioned.

In countries where patents do not block their use, generic versions of ‘Atripla’ (the triple fixed-dose combination of tenofovir/emtricitabine/efavirenz, and its therapeutic equivalent using lamivudine instead of emtricitabine), are available for between US$132 and $207 per person per year, less than 1 percent of the US price of up to $30,000 per year.

These generics are largely produced in India, are quality-assured by the World Health Organization, and are used by MSF and the US-government’s PEPFAR treatment programme in developing countries.

Fixed-dose combination antiretrovirals were first developed by generic manufacturers in India because the individual medicines weren’t patented there, allowing them to be combined into one pill. MSF's experience providing HIV treatment and a number of studies have shown that fixed-dose combinations make adhering to treatment easier for patients.

MSF, with the University of Montpellier's Research Institute for Development in France, conducted a clinical trial in 2004, which found that generic fixed dose combinations were as effective as the brand version.

Although two of the three drugs in the combination will be available as generics in the US, the third drug, tenofovir disoproxil fumarate (TDF) is still patented by Gilead Sciences. The patents on this drug are what block the production of combinations of TDF with the two generics and prevent patients in the US from accessing generic versions of the Atripla combination.

While the basic patent for tenofovir has expired, the company was able to extend its monopoly and obtain additional patents on the drug, and combinations that include it, through a process known as ‘evergreening,’ whereby pharmaceutical companies extend the life of a patent by making a small alteration to an existing compound. Generic versions of TDF will not be available in the US before 2018.

“This study fails to take into account the fact that drug patents are what prevent patients from being able to stay on an easier-to-take and more affordable combination pill,” said Sharonann Lynch, HIV/AIDS Policy Advisor for MSF.

“Generic versions of this combination exist for $200 per person per year in countries where patents do not block their use – less than one percent of what they cost in the US. MSF and PEPFAR use these generics that are quality-assured by the World Health Organization and the US FDA, and work just as well as the brand versions.”