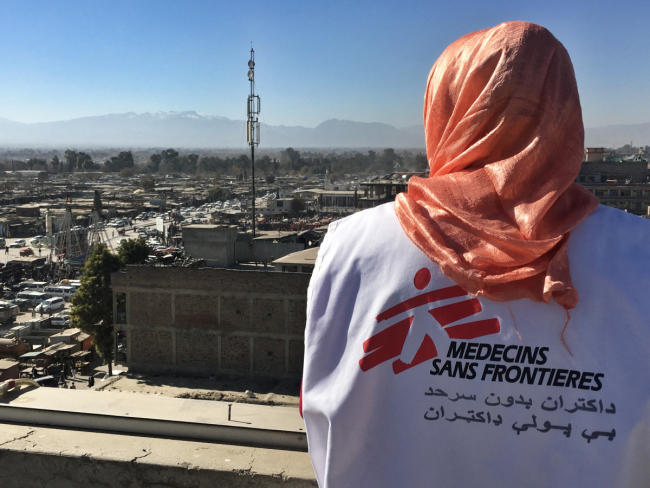 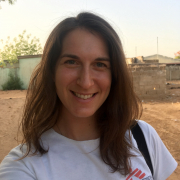 Heather is an obstetrician-gynaecologist currently working for MSF/Doctors without Borders in Khost, Afghanistan...

​Heather is an obstetrician-gynaecologist currently working for MSF/Doctors without Borders in Khost, Afghanistan

Today started off just like any other day: I woke up, put on my scrubs, had a cup of coffee and walked over to the hospital from the compound. What was special about today, however, was that it was to be my last day in Khost. My weeks in Afghanistan had flown by and I was sad to leave. I could never have imagined how memorable my last day working at the maternity hospital in Khost would be.

The labour and delivery rooms were full with patients and the hallway packed with caretakers. The unit was bustling with normal activity but not as busy as it had been the day before, when an astounding 99 women delivered in a 24 hour period at the Khost Medecins Sans Frontieres / Doctors without Borders (MSF) hospital! Today it seemed more on schedule to be an average day, with only 60-70 deliveries.

During rounds, a midwife grabbed our attention and ushered us to assess a pregnant woman with some bleeding. This was her fifth pregnancy and her belly appeared far too big to be incubating just one baby. We scanned her abdomen with the ultrasound and as expected there was more than one – there were three! The babies inside were premature and we worried she was in the early stages of labour. We decided to give her a dose of steroids to help mature the babies’ lungs should she deliver early, and some medication to try and stop the contractions.

We were about to resume the patient rounds when another midwife asked if we’d heard about the patient who just arrived in the delivery room. We hadn’t. “She is fully, you go quick quick!” she said with a thick Pashtu accent. “The patient, she has 4 babies!!”

We quickly made our way to the delivery room to see the patient just as the midwife was delivering the first cephalic (head first) baby. A quick scan with the ultrasound revealed that the patient had quadruplets, with 3 more babies still inside! The other babies were presenting sideways and feet first and required some assistance to be delivered. My gynaecology colleague and I took turns delivering the second and third breech babies by grasping them by the feet and then helping with the resuscitation of the small babies, all male and between 1.1 to 1.5 kilograms (2.4 to 3.3 lbs). Unfortunately the fourth baby boy was quite a bit smaller than the other three, had several anatomic abnormalities and was delivered stillborn.

As soon as we transferred the newborn brothers to the neonatal intensive care unit (NICU), we returned to check on our patient with triplets. She appeared much more uncomfortable than when we had last assessed her barely an hour before. The patient was now fully (10cm) dilated and ready to give birth. We delivered all three babies normally (three feisty boys), all a healthy 1.5 kilos (3.3 lbs)! After the delivery the proud mama of now eight children (she had five children already at home) held my hand tightly as she smiled and pulled me in for a strong embrace. I was deeply touched - despite language barriers, I’m continually amazed at how successfully we can all communicate.

It was some time before the afternoon was calm enough for me safely leave the labour and delivery ward and check up on the two groups of brothers in the NICU. The neonatal team had already inserted intravenous lines. They were closely watching the babies’ sugar levels and supporting their breathing with oxygen. I chatted briefly with the national staff paediatricians who were busy monitoring their 6 new admissions in addition to the 28 other babies already inside the busy unit. Overall the doctors were quite happy with the condition of these small but strong babies.

The sun had already set by the time I did a final round of the inpatients and handed over to the night team. I did the familiar walk back to our quarters for the last time and reflected on my last day in Khost. I was pleased that we delivered both a triplet and quadruplet gestation naturally, avoiding a C-section. But where the work of the obstetrician ends, the work of the neonatal team starts. We are fortunate to have such a skilled neonatal team to give these premature babies a fighting chance.

In Afghanistan, the majority of women have no access to antenatal care. Two out of every three deliveries in Afghanistan occur in the home, without any skilled birth attendant to manage potential complications. Once an emergency situation is recognized and voiced, women may then need to travel long distances on dangerous roads to obtain the urgent care they need. It is thus not surprising that Afghanistan is one of the most dangerous countries in the world for a woman to give birth. There is an estimated 396 maternal deaths for every 100,000 live births in Afghanistan. By contrast, in Canada there are only 7 per 100,000 live births (WHO, 2015).

I’m grateful for the opportunity to learn from local colleagues and to share my knowledge. Although my time in Khost may be limited, I feel honoured to share in a longstanding project that continues to be of tremendous value to the local community. By supporting rural clinics and providing training for local midwives and doctors, MSF is helping Afghanistan communities to rebuild their own critical medical services.