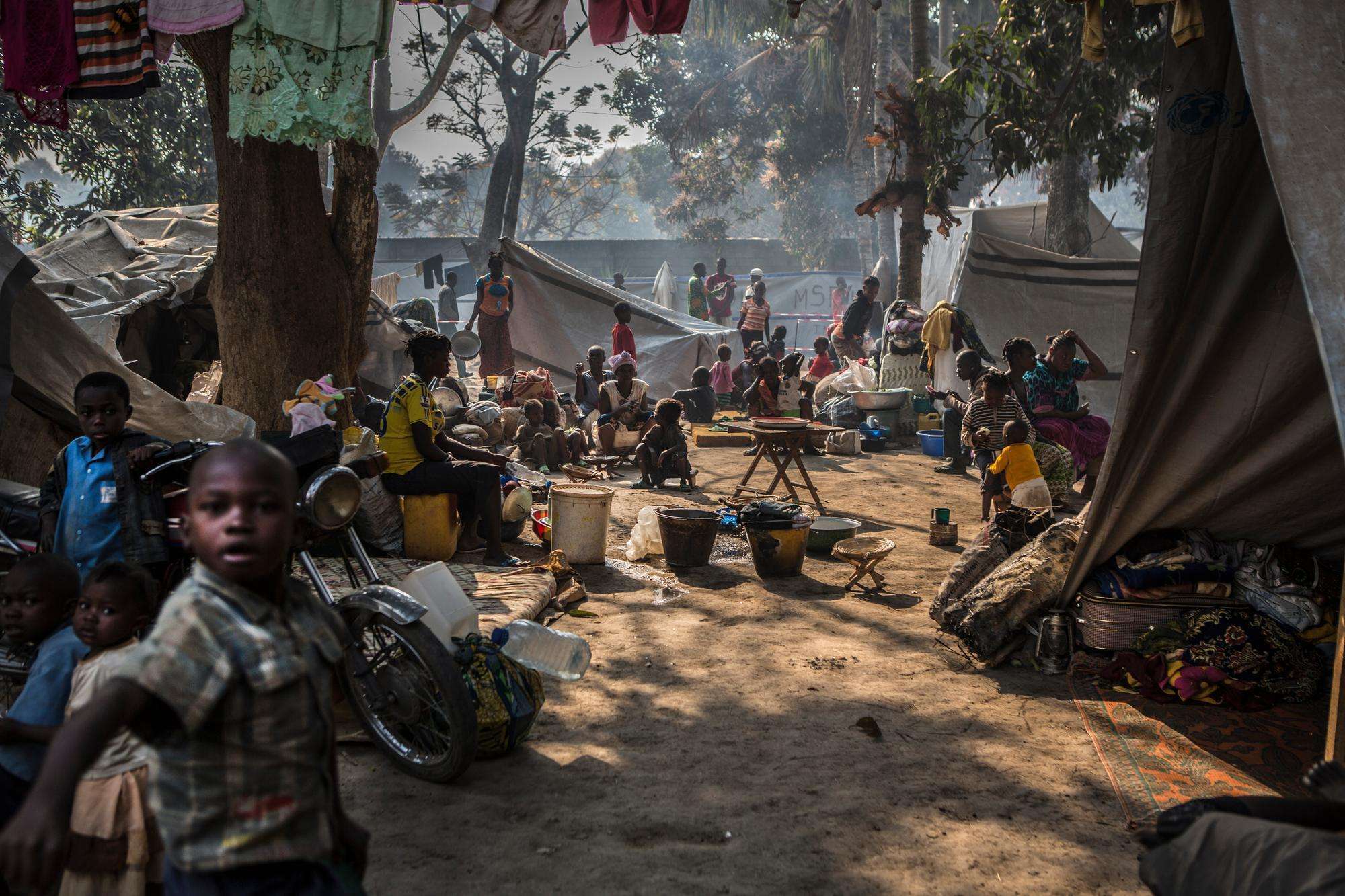 PRESS RELEASE: The extreme levels of violence against civilians and targeted killing of minority groups in the Central African Republic (CAR) illustrates the utter failure of international efforts to protect the population.

The extreme levels of violence against civilians and targeted killing of minority groups in the Central African Republic (CAR) illustrates the utter failure of international efforts to protect the population, said the international medical humanitarian organisation Médecins Sans Frontières/Doctors Without Borders (MSF).

MSF says that their teams on the ground are reporting that the international community has abandoned the people of CAR.

MSF today called on member states of the UN Security Council, the African Union, as well as donor countries, to mobilise to immediately halt the atrocities against people in CAR, establish the level of safety needed for people to move freely without fear for their lives; and organise a massive deployment of aid to meet the basic needs of the population.

Local and national leaders must do their utmost to stop the violence and enhance protection.

“Our foremost concern is protection. We are caught in a sense of helplessness faced with extreme violence, treating thousands of wounded, and seeing hundreds of thousands of people fleeing their homes as it is their only option to avoid being slaughtered,” said Dr Joanne Liu, MSF International President, who recently returned from CAR.

“There is a shocking lack of engagement and mobilisation of political leaders in the UN Security Council, and a too limited involvement from African countries and the African Union to address the violence that is literally tearing apart the Central African Republic.”

An aerial view of Mpoko airport camp in Bangui, as of 31st December 2013 © Pierre Terdjman/Cosmos

Central African civilians of both of the Christian and Muslim communities are being held hostage to violence instigated by armed groups who bear the primary responsibility for the atrocities. Since 5th December, MSF teams have treated over 3,600 wounded in the capital and around the country. This includes gunshot, grenade, machete, knife and other violent trauma.

“When I was in Bozoum, we found 17 injured people with wounds from gunshots, machetes, and a grenade, hiding in a small courtyard,” said Dr Liu.

“They were too scared to go to the hospital fearing that they would be targeted again. Their injuries were serious - yet they were all sitting in silence, bleeding. That's how terrified people are of seeking medical care. They just sat there in silence, having lost all hope."

MSF teams are constantly dealing with violent attacks taking place in close proximity to or inside hospitals. On 12th February in Berberati town, men armed with machetes and guns entered the hospital where MSF is working, firing shots and threatening patients.

Two patients fled the hospital, fearing for their lives. On countless other occasions in multiple locations, local leaders, religious clerics, and MSF medical staff have had to physically intervene in situations during which armed men attacked or threatened to kill individuals - including sick and wounded patients.

Patients regularly refuse to be transported in ambulances for fear of being attacked. In other cases, general insecurity has made it too risky to travel by roads.

In eight different places where MSF works, around 15,000 civilians are gathered and trapped in hospitals, churches, or mosques, living in fear of being killed by armed groups. In the western town of Bouar, 6,000 Muslims are trapped, fearful of being targeted if they try to leave.

MSF has opened mobile health posts in many of these enclaves, including in Bangui, as people are too fearful to go to the hospital even if it is only a few hundred metres away.

Over the past two weeks, MSF teams have seen tens of thousands of people from the Muslim community in Bangui, Baoro, Berberati, Bocaranga, Bossangoa, Bouca, Bozoum, and Carnot fleeing or being trucked away to neighboring countries by international armed forces that were, otherwise, incapable of protecting them.

Others have been evacuated from the northwest of the country to Bangui and are now trapped in enclaves and camps where they continue to live in terror.

Fear of persecution has pushed tens of thousands of civilians from all communities to flee in to the bush, without access to any form of protection or humanitarian assistance.

The devastating toll of violence has been further compounded by the lack of a meaningful scale up of humanitarian assistance to meet even the most basic needs of the people.

Assistance has been totally inadequate in Bangui and practically non-existent outside the capital.

Basics such as food and shelter are not available One of the most extreme examples is in Bangui’s M’Poko international airport where around 60,000 internally displaced people are living in abysmal conditions, just a few hundred meters from the airport’s runway.

“The horrific conditions inside the M’Poko airport camp raise the question of whether the slow delivery of aid is a form of deliberate neglect aimed at dissuading people from staying there,” said Dr Liu.

“People need to be given real choices. In view of the levels of violence in Bangui, they need to be able to choose whether to go home, or stay where they feel safe. Assistance should be provided wherever they feel safest.”

Even though security incidents hamper MSF’s operations, the extensive deployment of MSF staff – more than 2,240 international and national staff – and activities in 16 towns around the country shows that it is feasible to provide humanitarian assistance.

“A mobilisation must come now – not in one month, or six months down the line. We see atrocities every day,” said Dr Liu.  Not responding is a conscious and deliberate choice of international leaders to abandon the people of the Central African Republic.”