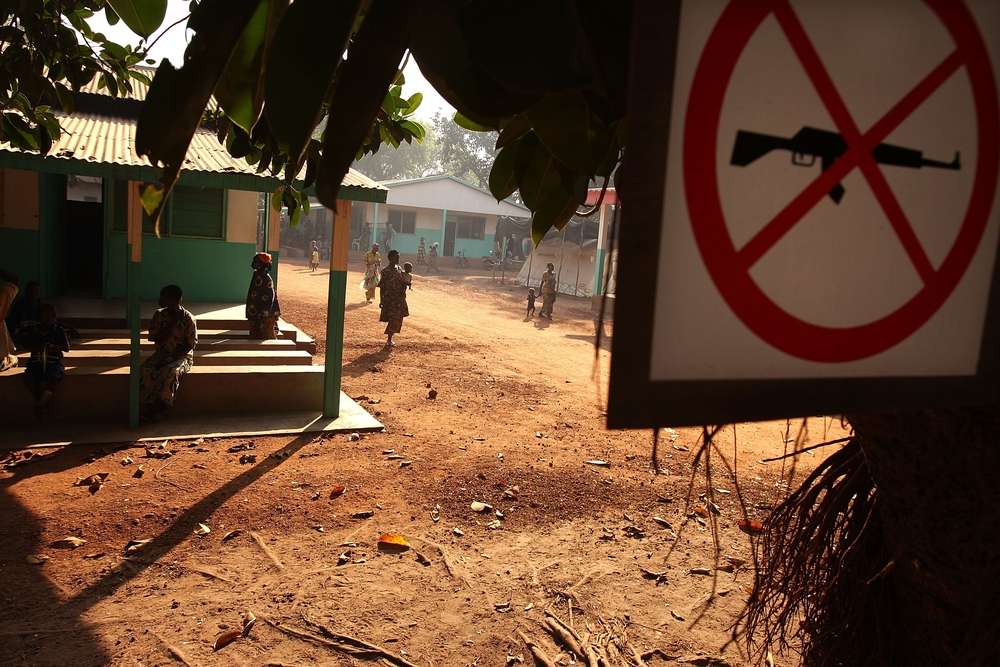 CAR: MSF calls upon government and all parties to the conflict to publicly condemn attacks against civilians and humanitarian workers

In protest against the brutal killing of 16 civilians, including three of its humanitarian workers at Boguila Hospital on 26 April, MSF is reducing its activities in CAR and related projects in neighbouring countries for one week to emergency medical care only.

The organisation will also evaluate the working environment for its staff and the potential ongoing impact for the future of its medical activities.

“We urge the transitional government in CAR and all armed groups involved in the conflict to immediately and publicly condemn this horrific attack,” said Arjan Hehenkamp, General Director of MSF.

“We demand that all armed groups take responsibility for the population living in areas under their control, to publicly commit to reining in their troops, and to respect civilians and humanitarian workers,” Hehenkamp continued.

“We also ask that the transitional government, supported by international military forces, live up to their mandate and provide the population the protection they so urgently need.”

MSF expressed shock that neither CAR’s transitional government or representatives of armed groups have strongly condemned the massacre in Boguila, as well as other similar acts of violence that have occurred throughout the country.

It is crucial that parties to the conflict take responsibility and position themselves publicly on these attacks.

“An attack on MSF is an attack on one of the leading medical groups today in the country and, in certain areas, on the only organisation providing any kind of medical care,” says Hehenkamp.

“We remain committed to provide the people of the CAR the medical assistance that they need, but the various parties must also live up to their responsibilities.”

Over the past 18 months, MSF staff members have repeatedly been victims of violent acts, the majority of them in Ouham prefecture where Boguila is located.

Staff from the Ministry of Health, as well as other international humanitarian organisations, have also been targeted in violent attacks in CAR.

Enduring over a year of conflict, CAR’s population continues to suffer extreme levels of violence, forced displacement and an unprecedented health crisis, all to an indifferent reaction from the international community and peacekeeping forces deployed in the country today.

Since 2006, MSF has managed the 115-bed hospital in Boguila, and has dispensed primary and secondary healthcare for an estimated population of 45,000 inhabitants in the region. The MSF teams also support seven health posts around Boguila in the provision of primary healthcare, mainly treating malaria and referring the severe cases to the hospital. Each month, between 9,000 and 13,000 general consultations are provided, and 5,000 to 10,000 people are treated for malaria.

MSF has been working in CAR since 1997. Currently MSF has more than 300 international staff and more than 2,000 Central African staff working in the country. MSF is running seven regular projects (in Batangafo, Carnot, Kabo, Ndélé, Paoua, Bria and Zémio) and six emergency projects (in Bangui, Berbérati, Boguila, Bossangoa, Bangassou and Bocaranga as well as mobile clinics in the northwest of the country). MSF teams are also providing assistance to Central African refugees who have fled to Chad, Cameroon and Democratic Republic of Congo.

Find out more about MSF’s work in CAR