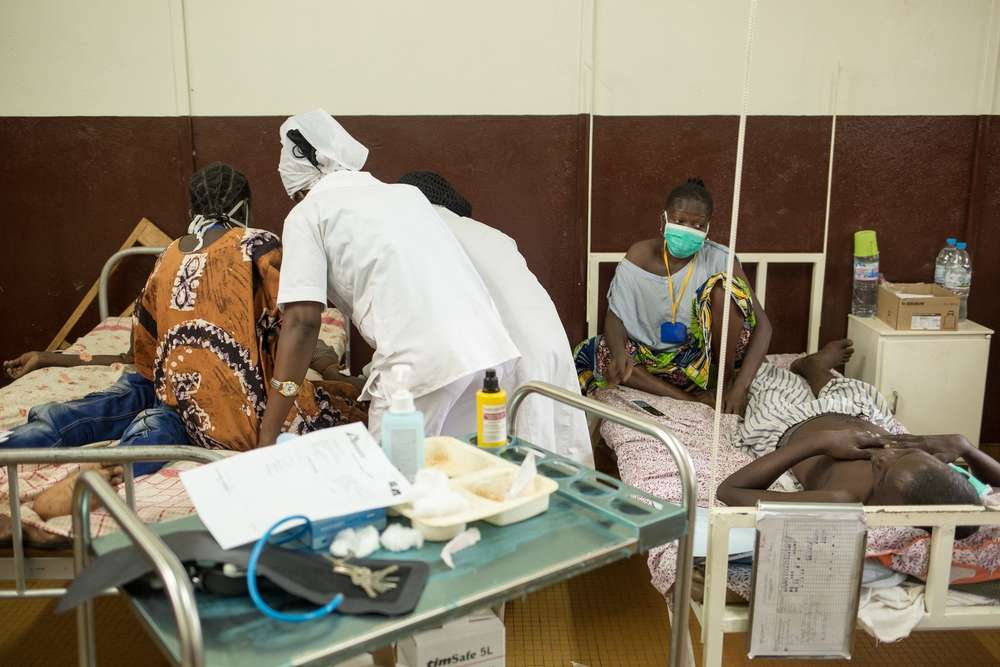 CAR: Patients cut off from healthcare in Bangui

PRESS RELEASE: As the opposition group known as Seleka takes charge of the Central African Republic's capital MSF calls on those engaged in the fighting to grant the population access to healthcare.

As the opposition group known as Seleka takes charge of the Central African Republic's (CAR) capital, Bangui, the medical humanitarian organisation Médecins Sans Frontières/Doctors Without Borders (MSF) calls on those engaged in the fighting to grant the population access to healthcare, not only in the capital, but also across the rest of the country.

In the last 48 hours, due to the high violence and insecurity in Bangui, MSF operations have been seriously disrupted and critically wounded patients are unable to be referred for surgery.

An MSF Team arrives in a village in northwest Central African Republic near Boguila to carry out interviews for a new mortality study. © Sibylle Gerstl/MSF

Snce Seleka took control of the capital and due to the high insecurity, MSF is concerned that all medical actors are not able to provide healthcare to the general population of Bangui.

Currently 23 wounded patients are unable to be referred from our emergency project in Sibut to Bangui for further treatment.

While many people aretoo frightened to go to hospitals, these incidents also prevent MSF from providing essential treatment to those in need.

Throughout the country and in key cities taken by Seleka, displaced people fleeing the conflict have had difficulty reaching health facilities, driven by fear.

MSF requests that all actors in the conflict guarantee access to health facilities for those in need, the population and medical staff, without the risk of being targeted.

MSF has also been the victim of widespread looting and robberies at its facilities and calls on all parties in the conflict to respect medical structures, ambulances, medical personnel and sick and wounded patients.

“MSF condemns the looting and robberies that have taken place at our facilities in Bangui and Batangafo and reminds all parties that medical personnel shall be respected and protected and shall be granted all available help for the performance of their duties” says Serge St. Louis, MSF Head of Mission in Bangui.

MSF in the Central African Republic

MSF has been assisting the population of the Central African Republic since 1996. MSF has approximately 80 international staff working in five of the country’s 17 prefectures.