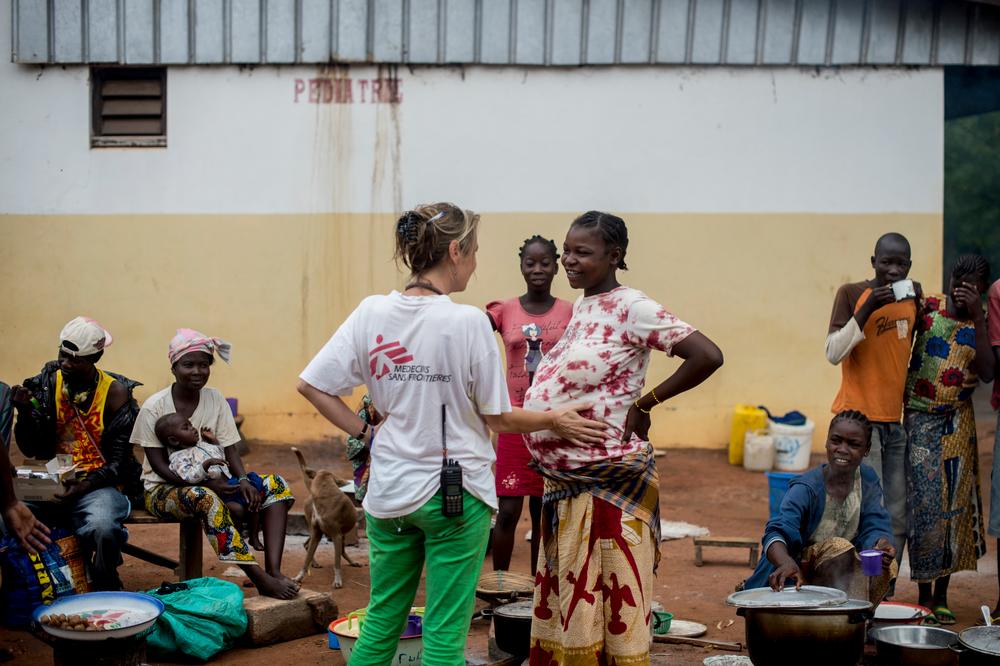 PRESS RELEASE: Aid agencies finally need to shift into emergency mode as the situation in the Central African Republic has forced tens of thousands of people from their homes.

“Aid agencies finally need to shift into emergency mode,” says Médecins Sans Frontières/Doctors Without Borders (MSF), as it warns that the situation in the Central African Republic (CAR), that has forced tens of thousands of people from their homes, remains critical.

The emergency is concentrated in the Ouham province, in northern Central African Republic (CAR), particularly around the towns of Bossangoa and Bouca.

In Bouca, about 700 houses, or half of the town, have been burned down. Around 500 people are still seeking shelter in the Catholic Mission, while some Muslim families are sheltering in the local Imam’s compound.

In Bossangoa, with the rainy season dragging on, the few teams working on sanitation issues are fighting not to let the outside space around the Catholic Mission, where an estimated 28,000 people have sought refuge, turn into a swamp.

Whilst atrocities continue, people are caught in these makeshift camps where living conditions remain precarious.

The dearly needed scale up of humanitarian assistance has yet to happen.

“It's almost two months now, since people fled their homes in fear for their lives and settled here.

They are still in this makeshift camp with a population equal to that of a small town. There is insufficient shelter, food, water and sanitation,” says Ellen Van Der Velden, MSF Country Coordinator in CAR, on the situation in Bassangoa.

“The possibility of disease outbreaks increases with each passing day and the nutritional situation in the camp is worrying. We do what we can, especially to respond to the medical needs in this area, but aid agencies finally need to shift to emergency mode.”

While the population moves a bit more freely in and out of the makeshift camp in Bossangoa during the day now, the vast majority still returns to the camps at night as they are the only places they feel safe.

“We see more people move out of the makeshift camps to work on their fields or go and sell their produce in the market during the day. They have to, it’s their basis for survival. Yet, they are still too afraid to return to their homes permanently, for fear of new attacks,“ says van der Velden.

“Yet, besides the camp population, we are extremely concerned for all the people who we do not reach, the majority, actually of those who fled. We believe that there are hundreds of thousands who have not made it to any of the camps, but fled to the bush and have to fend for themselves.

“These people need all the help they can get but currently, they are on their own.”

In Bossangoa, MSF is providing emergency medical care in the hospital, as well as healthcare and emergency humanitarian support in three of the makeshift camps, including assistance with water and sanitation, and nutritional support.

In Bouca, MSF offers emergency medical care, primary health care, obstetrics, mobile clinics and referrals to the hospital in Batangafo. Activities in Bria focus on paediatric activities for children aged from 0 to 15 years.