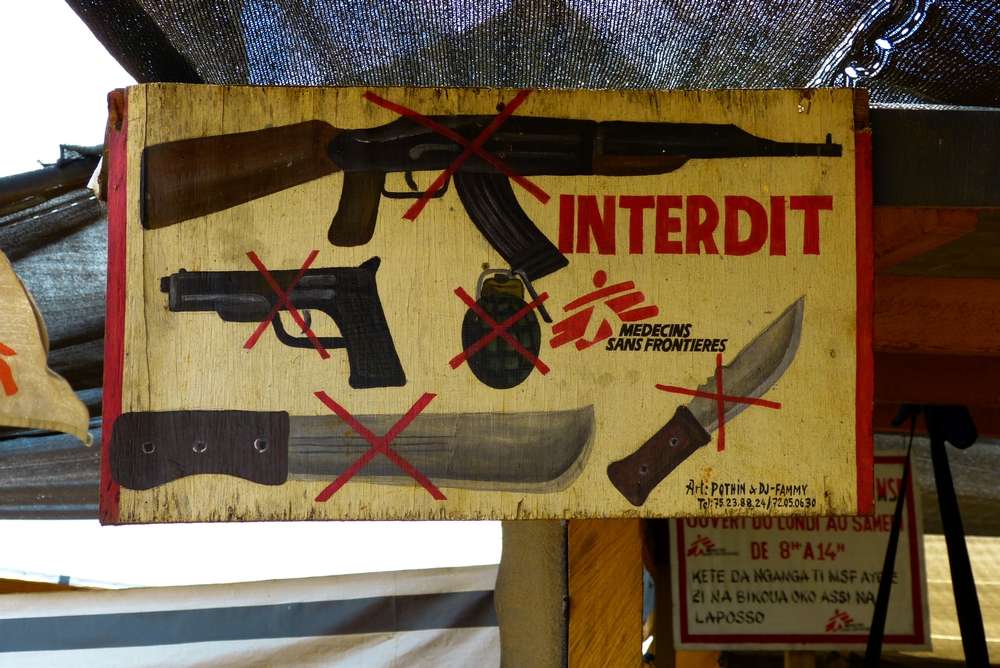 PRESS RELEASE: Attacks and extortion perpetrated against providers of humanitarian assistance are on the rise in Central African Republic.

On 7th November a transport truck with medical supplies and clearly identified as operating for Médecins Sans Frontières/Doctors Without Borders (MSF) was stopped and held captive by an armed group on the route linking Paoua in the north to the capital of Central African Republic (CAR), Bangui, between the towns of Yaloké and Bossembélé.

A sum of money was demanded for the vehicle and its crew to be freed. Twenty-four hours later, on the same road, a second MSF truck was held up by the same armed group.

The team leader was taken away and forced to negotiate a payment. The vehicle was from the Catholic mission in Bossembélé.

“These two events are extremely serious. On each occasion, the attackers proved to be highly aggressive, insulting, threatening, pointing their guns at our staff members and shooting in the air.

“What proved to be actual confinement of teams in both cases resulted in the extortion of substantial amounts of cash. Fortunately, no one was injured, but these types of attacks and threats against humanitarian aid workers are unacceptable,” stated Delphine Chedorge, MSF’s head of mission in CAR.

“These events are indeed proof that, despite the optimistic ambient discourse dispensed primarily by international forces, the situation in CAR is far from peaceful.

“Insecurity still represents a major roadblock to the provision of aid in this crisis-rocked country, where the humanitarian needs are enormous.”

CAR was plunged into violence when the conflict began in earnest in December 2013.

Easy targets for violence and greed

Difficulties in supplying the approximately 15 projects MSF runs in the provinces, coupled with the intense danger that its teams are exposed to, could force MSF to cut back assistance, upon which hundreds of thousands of persons depend – assistance which is vital to those living in areas where MSF is the only medical player.

These recent events are part of a regular increase in the number of attacks and attempts at extortion carried out against humanitarian aid workers and vehicles over the past several months and especially since October.

Despite repeated contacts with the authorities, international forces and local armed groups, the guarantees of security given by them are not actually being followed up by actions.

“The current government is completely absent and silent. Impunity is widespread. MINUSCA is a failure when it comes to protecting ordinary citizens,” declared Laurent Sury, who manages MSF’s programmes in CAR, from Paris.

“Sangaris and Eufor are unable to secure the country or the main highways. Like the populations of CAR, the NGOs, victims of this security void, are easy targets for the violence and greed carried out by armed groups that no one claims to control,” he added.

MSF’s involvement in CAR began in 1997, and in 2013, we doubled the number of projects we run in order to respond to the crisis that exists in the country.

Find out more about MSF’s work in CAR