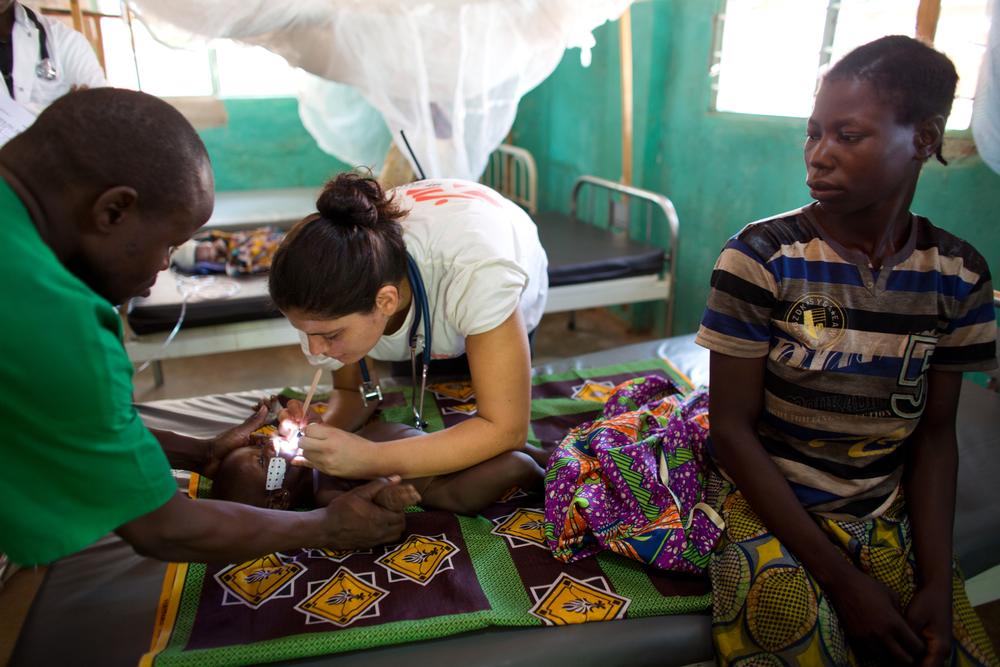 PRESS RELEASE: Days of violence in the Bouca and in Bossangoa areas of Central African Republic (CAR) have badly affected civilians who have already suffered months of conflict and repeated displacement.

Days of violence in the Bouca and in Bossangoa areas of Central African Republic (CAR) have badly affected civilians who have already suffered months of conflict and repeated displacement.

Fighting broke out in the village of Bouca, 325km north of the capital Bangui, at around six in the morning on Monday (9th September) when armed men, purportedly supporting the ousted president François Bozizé, entered the village. They had left the village before a group of Séléka forces returned.

Medics from Médecins Sans Frontières/Doctors Without Borders (MSF) treated 26 wounded people – including eight women and six children – while five people had to be transferred to the hospital in Batangafo due to their critical injuries.

MSF is deeply concerned by the targeting of the civilian population and the atrocities committed by both parties in Bouca. An undetermined number of people have been killed. There are reports of summary executions and houses being burnt down.

MSF is deeply concerned by the targeting of civilians and the atrocities perpetrated by both parties in Bouca. The medical organisation is also extremely worried about the consequences from the inflammatory sectarian propaganda which started during the Séléka rebellion in March, and which could fuel more violence in the country.

“We are highly concerned about  a further escalation in fighting and retaliatory acts of violence,” says Sylvain Groulx, coordinator of MSF’s projects in CAR.

MSF projects in Bossangoa, Batangafo and Paoua have all seen an increase of patients admitted into health facilities due to violence-related injuries in the last month.

People from Bouca fled the village as many houses were burnt down, while around 300 people are seeking refuge in the Catholic compound in town. MSF is planning to start mobile clinics to monitor their situation and that of those hiding in the bush.

At present, even more families are being driven from their homes and into the bush right in the middle of the time when people are most vulnerable to contracting malaria.

The organisation is also worried about reported attacks against health workers and strongly condemns the senseless killing of two humanitarian workers from ACTED last Saturday in Bossangoa.

“MSF denounces these horrific acts of violence against the population, and calls on all parties to the conflict to respect the safety of non-combatants and medical and humanitarian aid workers”, states Groulx.

For the moment, MSF maintains its medical activities all around the country, those already set up before the March coup d’Etat and those recently established to respond to the acute needs of the population affected by displacement, high levels of malaria and the collapse and absence of the public health system in the country.

MSF is operating seven regular projects in CAR, while it has recently started emergency operations in four more locations.