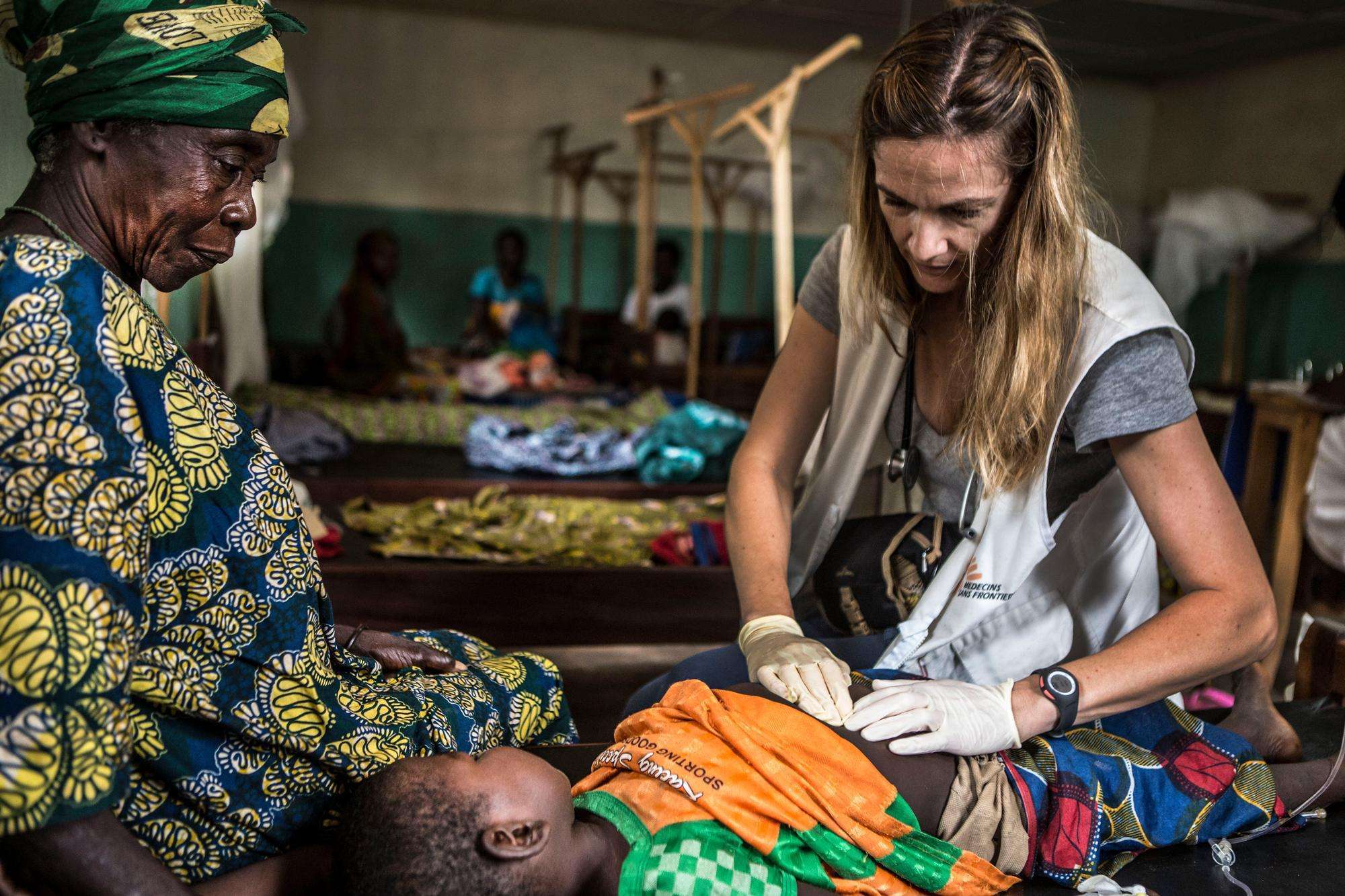 MSF renews calls on the international community, especially UN agencies, to increase the response to the ongoing crisis.

MSF renews calls on the international community, especially UN agencies, to increase the response to the ongoing crisis.

Large numbers of people have fled their homes in the town of Bouca, in the northeast of Central African Republic (CAR), following fresh clashes between armed groups (reportedly between ‘anti-balaka’ elements and ex-Séléka forces) for the second time in two months.

This new wave of mass displacement once again highlights the need for an urgent humanitarian response in CAR, said Médécins Sans Frontières/Doctors Without Borders (MSF) today.

“The fighting in Bouca is indicative of how Central African Republic is being engulfed in horrific violence,” said Sylvain Groulx, MSF’s head of mission in CAR.

The fighting in the Bouca area, which started early last week, left several dead and wounded just outside the town of 15,000 people. Some of the wounded were taken to an MSF clinic, and two men in a critical condition were transferred to the hospital in Batangafo, 100 km away. One died on the way.

The recent violence follows deadly clashes in September when around 100 people were killed in attacks on civilians by armed groups, 700 houses were burnt down and thousands of people were displaced.

Since then people have been living in a climate of fear and intimidation,  including an ultimatum delivered last week to the community of 700 people seeking refuge in the Bouca Catholic Mission to leave the compound or face the consequences.

"More than half of the 700 people who were seeking refuge in the Bouca Catholic Mission have fled," said Matthieu Amiraux, MSF’s field coordinator in Bouca. "The situation is very tense. Muslim families are leaving the town in droves. All you see in town are armed men.”

Meanwhile the crisis continues around the neighbouring city of Bossangoa, where an estimated  35,000 displaced people are in need of assistance. MSF started running mobile clinics in mid-November to reach those hiding in the bush. MSF teams continue to witness the effects of ongoing violence and the absence of a comprehensive humanitarian aid response.

MSF calls on the UN and other humanitarian agencies to increase their presence in CAR in response to this neglected crisis.

While MSF has had to temporarily evacuate its teams from different locations in CAR on a few occasions, it has continued to run medical activities in the country since December 2012, expanding the size of its medical programmes as well as launching an emergency response.

After decades of political and military instability, Central African Republic now faces a chronic humanitarian and health emergency. MSF has been working in CAR since 1997, and currently runs seven regular projects in Batangafo, Boguila, Carnot, Kabo, Ndélé, Paoua and Zémio. It started up emergency operations in Bossangoa, Bouca and Bria in March 2013. A mobile emergency team is on standby to assist in violence-affected areas; so far it has worked in Bouar, Mbaiki and Yaloké.