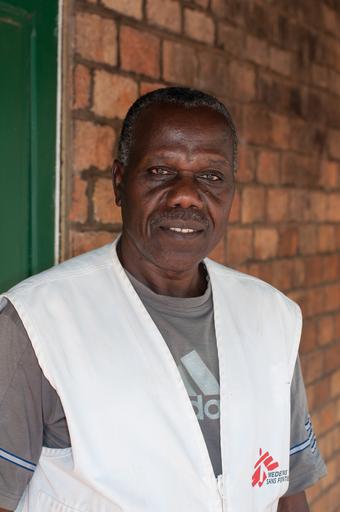 The presence of armed groups in Central African Republic is critically limiting people's access to healthcare - too afraid to leave their homes, or physically stopped, they often die before reaching hospital.

I am from Boguila, in the northwest of Central African Republic. For almost 10 years I have lived and worked there as a nurse with Médecins Sans Frontières/Doctors Without Borders (MSF).

The situation isn't great at the moment - to the point where I've started thinking about leaving.

There are many active armed groups around, including one that wants to use the town as its base. Obviously the leaders in the community don't want that to happen, so they publicly opposed the idea.

Now because of their opposition, the group is hunting down, harassing, and even systematically killing them.

People in that group loot homes and rob people. They lurk in bushes along the main roads, then jump out and surprise passersby, demanding everything they have. After they have taken all they can, they beat up or kill them. We hear these kinds of stories all the time - every two or three days.

They don't stick around very long, because we have 'self-defense' groups. These people generally chase away the assailants once they hear they've been robbing people.

Alexandra Malm/MSF
MSF started activities in Mpoko in January 2014 to respond to the medical needs of the displaced people in the camp.

Too afraid to come to hospital

The consequence of all this is that people are too afraid to travel to the hospital. MSF is the only organisation that offers free care in the region - there is an MSF structure in Paoua, 80 km away, and another in Bossangoa, a 115km drive.

Sometimes we discover that an armed group is active on a certain road, because there are no patients arriving from that direction. We don't know how many lives could have been saved if those people had simply been able to access our services.

In July this year, a motorcycle taxi driver was killed on the road just outside Boguila. He was thought to have been robbed, and when the bandits were done they killed him. After that, the motorcycle taxi drivers were scared to leave the city - worried that the same thing would happen to them.

Because of this, it became impossible to find people who could transport patients to other health centres, referred by us for advanced healthcare.

Two babies died of malaria-induced anaemia during that time, because we could not send them to get the care they needed.

“I'd prefer to stay and bury my child at home, rather than try to leave and get attacked on the road.”

"He died as I was filling out his transfer slip"

Recently one of our patients, a 21-year-old man, died in the hospital because he arrived too late. He had meningitis.

His family told us that he started to feel sick during the night. They decided to wait, and arrived to us around seven am. They refused to leave home when it was dark - the insecurity was too high.

Just the same week, a man had been robbed and murdered in their village. His body was found in the bushes.

When morning came, they took a moto-taxi to the health centre. Because so much time had passed, the young man arrived in a critical condition. He died as I was filling out his transfer slip.

The same problems of access to healthcare are affecting the people living with HIV in and around Boguila.

They come to us for their ARV drugs, and if they get sick with an opportunistic infection, we take care of them at the health centre. I recently heard of four deaths in a town not far away, in which an armed group has just established itself.

The people could not pick up their meds or get themselves to a health centre, and therefore died at home. What a terrible, terrible way to go.

Anne Sophie Bonefeld/MSF
The MSF clinic is situated on a busy street of the neighborhood. Penina spent several hours in the clinic’s observation room. Now her and her mother are leaving the clinic as one of the last people today before the clinic closes at 1 pm.

The cost of violence

The thing is, we have no way of knowing the actual cost of this violence.

If there's insecurity on the roads, people can't move around - either because they're afraid, or because they are physically stopped from doing so - and we never get to see them.

When you talk with women who bring their children to hospital too late, they say: “I'd prefer to stay and bury my child at home, rather than try to leave and get attacked on the road."

It's an impossible choice.

An international team travels to Boguila once a week to support local staff.

We reduced our activities and withdrew international staff from the hospital after an armed robbery in April 2014, during which 19 people were killed, including three MSF staff.

FIND out more about our work in central african republic