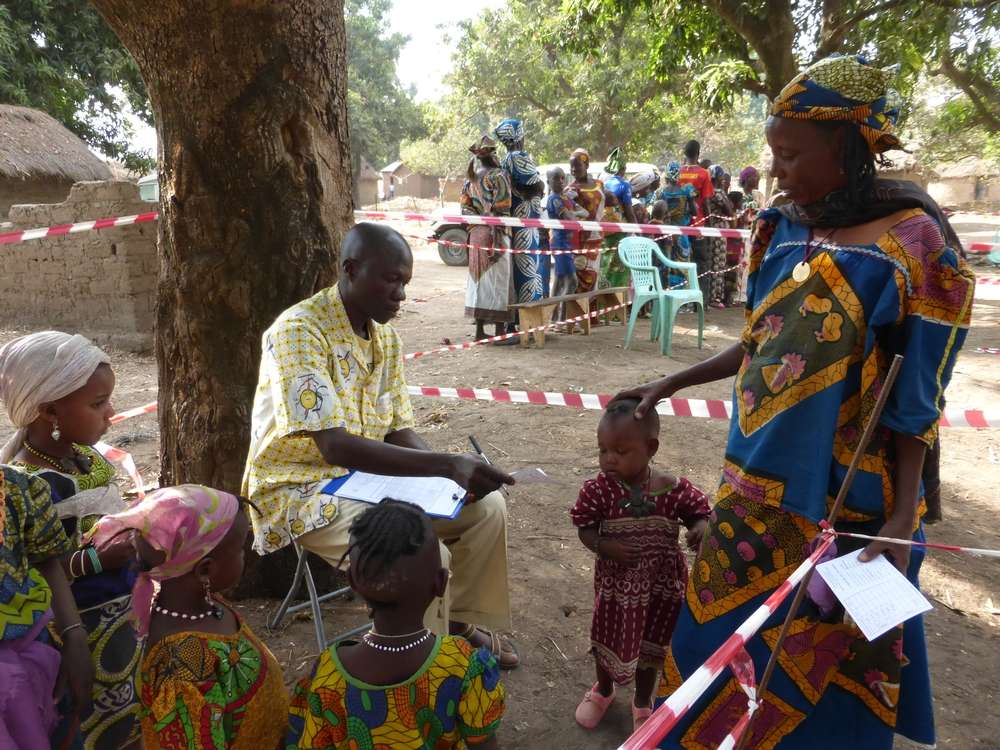 Chad: Despite mass vaccination, measles cases in N’djamena not decreasing

PRESS RELEASE: Efforts to contain an ongoing measles epidemic affecting the Chadian capital of N’djamena must be immediately stepped up.

Efforts to contain an ongoing measles epidemic affecting the Chadian capital of N’djamena must be immediately stepped up, said the international medical-humanitarian organisation, Médecins Sans Frontières/Doctors Without Borders (MSF).

Despite a recent vaccination campaign carried out by the Ministry of Health, patients continue to flow into MSF-supported hospitals and health centres, with 2,511 cases of the disease reported in the capital since the beginning of January.

MSF is urging Chadian health authorities to rapidly increase their response to the epidemic by re-launching vaccination, improving treatment of the disease in hospitals, and ensuring existing drug supplies reach health centres.

“Without a more appropriate response to the epidemic, many more patients risk dying from this preventable disease”, said Jerome Alin, MSF’s Head of Mission in Chad.

“Typically, following a mass vaccination campaign, we should see the number of measles cases decline. However, we are still seeing a significant number of patients even though the campaign finished four weeks ago."

Medical data from the isolation wards in the hospitals shows that the majority of the patients have not actually been vaccinated. Last week alone, 80 percent of MSF’s patients reported that they were not immunised.

MSF has launched short-term support to the Ministry of Health in N’djamena in the Liberty and Union Hospitals, and in seven health centres.

So far, teams have treated more than 1,765 patients with measles. MSF planned its support until the end of the first week of April.

MSF carried out a measles vaccination campaign in Bitoye, Chad, for around 6,000 refugees from the Central African Repubilc in February 2014

Due to the number of severe cases still being admitted in the hospital, MSF will extend its support to the MOH in Hopital la Liberte up to the end of April.

MSF is increasingly concerned about the disease spreading further, with a growing number of patients coming from some areas on the outskirts of the capital.

Additionally, the lack of drugs reaching health centres is alarming. Despite the availability of medicines in N’Djamena to treat measles, supplies are not being dispatched to reach the affected population, and MSF is currently the sole provider of medications.

“It is an absolute priority that drugs and medical equipment are immediately provided to the health centres,” said Alin.

“When we complete our support to the centres in a few days’ time, the health authorities must step up their capacity to provide this essential free of charge treatment.”

Northeast of N’djamena, MSF is also responding to the measles epidemic in the Massakory district in Hadjer Lamis.

The organisation is carrying out a one month-long vaccination campaign for 42,000 children aged between six and 59 months.

To date, 193 cases have been recorded and MSF has treated 112 of these at Massakory Hospital.

Find out more about measles, a deadly and highly contagious disease quickly transmitted through coughing, sneezing and close personal contact.

MSF has worked in Chad for more than 30 years and currently runs programs in Abéché, Am Timan, Massakory, Moissala and Tissi. MSF has also just established two emergency projects in Bitoye and Sido for refugees from the Central African Republic. Mobile teams in south-eastern Chad (Am Timam area) are also assessing the health condition of Chadian returnees back from CAR.