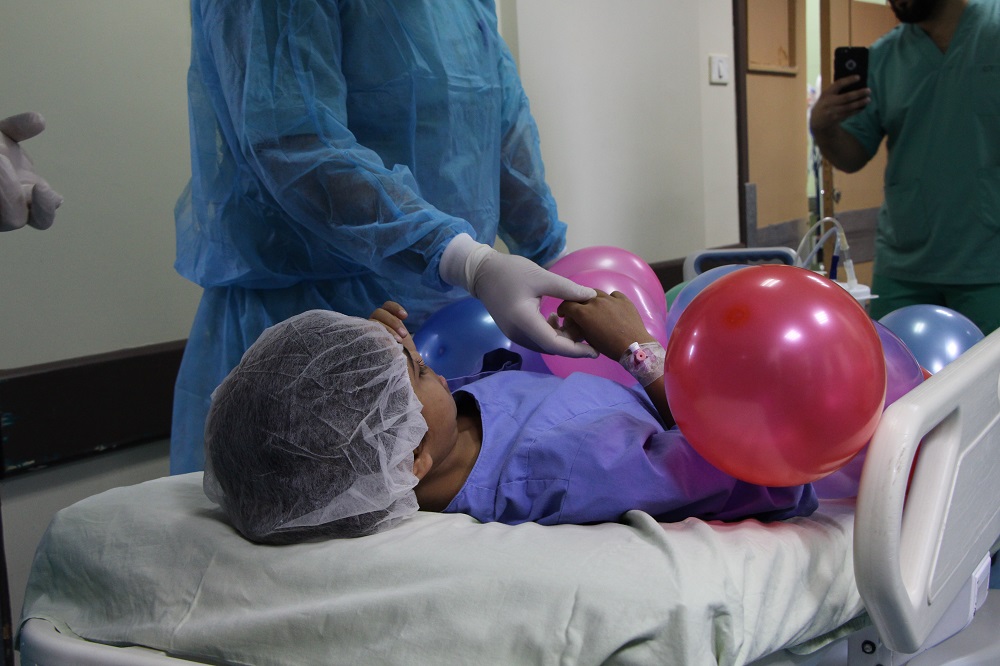 Deaths and broken lives, the aftermath of airstrikes in Gaza

Israeli airstrikes on Gaza, Palestine killed 11 civilians in November 2019. Médecins Sans Frontières’ teams working in Dar Al-Salam hospital treated an 11-year old girl who lost her entire family and was badly injured during the raids. Her story exposes the harrowing consequences of these attacks for the helpless population of the blockaded strip.

Salwa is slowly waking up from sedation. She feels groggy but she’s already familiar with this sensation. She has undergone several surgical procedures since she arrived at the MSF-supported Dar Al-Salam hospital in southern Gaza. She was brave this time and didn’t cry when she entered the operating theatre.

From her room in the hospital, Salwa can see the Mediterranean in the distance and hear the voices of kids coming from the school close by. But her big brown eyes always look elsewhere. She stares at objects and people in the room, as if outside there was something wrong, something to worry about.

“Some days are better than others for her,” explains Rania Samour, an MSF counsellor providing psychosocial support in the hospital. “Some days Salwa just bursts into tears and keeps asking to see her family. Other days, she’s more reactive; she smiles and chats with me.”

Eleven-year-old Salwa survived an Israeli airstrike that killed her family during the military escalation between the Israeli army and the Islamic Jihad group in the Gaza strip in November 2019.

In three days, the Israeli airstrikes killed 11 civilians in Gaza, eight of them children. Israeli authorities admitted that a faulty assessment led to the attack that killed nine members of Salwa’s family: her parents, her brothers, her aunt, her uncle and her cousins.

The families used to live in shacks built with corrugated metal sheets, some 15 kilometres south of Gaza City, where they raised livestock. Nothing remains of their homes.

Read more about Salwa's story on our international website by clicking here.