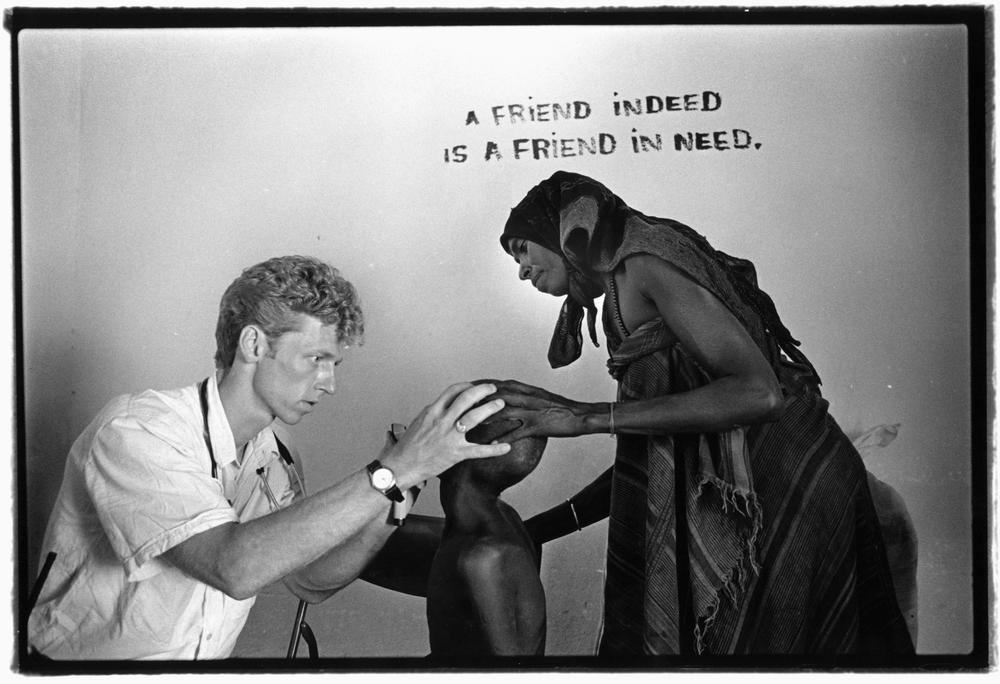 Decisions under pressure: An unprecedented inside-view of humanitarian crises

MSF is today launching an educational website that provides unprecedented insight into its decisions during key humanitarian crises of the past 40 years.

The international medical humanitarian organisation Médecins Sans Frontières/Doctors Without Borders (MSF) is today launching an educational website that provides unprecedented insight into its decisions during key humanitarian crises of the past 40 years.

The first case study published on the website analyses MSF’s experience in Somalia during the early 1990s.

Challenges included the development of public communications and advocacy as they occurred against the backdrop of intense civil war; inadequate surveillance and response to the crisis; the military-humanitarian interventions of the United Nations, and the US commanded peacekeeping forces, in response to the nutritional crisis gripping Somalia at the time.

The first public release of its kind, this case study comes after MSF’s decision in August this year to withdraw from Somalia after 22 years due to the ongoing abuse and manipulation of humanitarian action.

This withdrawal echoes MSF’s decision in 1993 to leave Somalia temporarily, due to the inability of authorities and the United Nations to secure the safety of humanitarian workers.

Dr Joanne Liu, International President of MSF said, “Somalia during the early 1990s was a watershed moment for MSF. For the first time it was forced to hire armed guards, and for the first time a military’s use of force was utilised by the international community to protect aid convoys and humanitarian workers from looters. As a result, MSF’s security and independence were completely challenged.”

The case study is describing the difficulties and dilemmas met by MSF during the first years that it was committed to helping the Somali people.

As MSF was one of the few medical organisations in Somalia during the first year of the crisis, its testimonies drew international attention to the crisis.

The case study documents MSF’s decision to criticise the UN peacekeepers’ rules of engagement, and the political and operational consequences of doing so. The Somalia case study is one of ten retrospective studies that will be gradually added to the site over the next year.

The Speaking Out Case Studies website will make public, for the first time, case studies that document MSF’s internal reflections on crises that forced the organisation to take a public stance, such as the Ethiopian famine in 1985 and the Rwandan genocide in 1994.

The case studies illuminate the dynamics of MSF’s humanitarian response to the dilemmas raised in each crisis.

Dr Liu explained that the case studies are based on extensive interviews with MSF fieldworkers who were on the ground at the time and key staff in its headquarters.

“MSF has a strong tradition of collective, rather than top-down, decision-making. Our choices at critical moments are based on internal confrontation of analysis and ideas. We want to be open about how key decisions on our positioning in the most complex crises have been made; this will be fascinating reading for all observers of humanitarian action.”

Each case study has been developed through the editing and montage of MSF archives and interviews, in addition to media reports, press releases and internal correspondence and documentation.

Hard copies of the studies can be obtained through MSF offices, but through the Speaking Out website MSF’s internal reflections are now becoming more easily available to larger audiences.

Find out more about MSF's work in Somalia