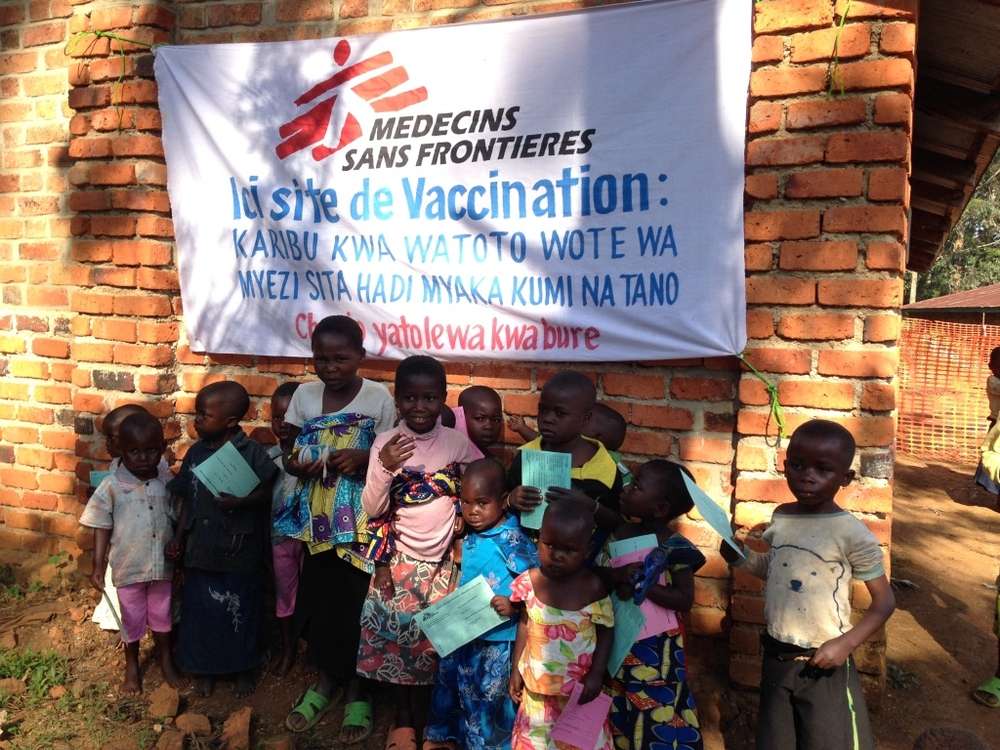 PRESS RELEASE: MSF has been forced to interrupt a measles vaccination campaign in the Kalonge area in the eastern DRC after a clash erupted between Congolese Army troops and an armed group.

Médecins Sans Frontières/Doctors Without Border (MSF) has been forced to interrupt a measles vaccination campaign in the Kalonge area in the eastern Democratic Republic of Congo (DRC). A serious incident occurred on Sunday, 3rd August in the town of Cifunzi, where a clash erupted between troops of the Congolese Army and an armed group.

As a result, eight people were killed while eight more were injured and had to be treated by MSF in Kalonge hospital.

Fifty members of MSF’s vaccination team and staff at Kalonge hospital were evacuated to the town of Bukavu. They will remain there until the situation is clarified and the safety of teams can be granted.

Before the suspension about 30,000 people had been vaccinated, less than half of the target for immunisation.

Threats to use MSF cars

The clash occurred on Sunday morning and began with a shootout that killed eight people and wounded at least eight others, including three children and two women. After the skirmish, the militants held a group of soldiers’ relatives including women and children against their will.

On their way out of Cinfunzi, the whole group met two MSF cars and the rebels tried to use the vehicles by violently threatening the occupants.

No one from MSF was injured and the soldiers’ relatives were later released, but the situation led MSF to order the evacuation of the bulk of the teams in the area so as to ensure their security.

Only a few members of MSF staff remained at the hospital to ensure the minimum Kalonge emergency services at this facility, which is being supported by the organisation.

The Kalonge vaccination campaign,  expected to last 15 days, began last week with the aim of immunising at least 65,000 children between six months and 15 years old.

Besides the problems arising from the activities of various armed groups in the area, the campaign also faces great difficulties in reaching enclaves accessible only on foot or by bike at most, which complicates maintaining the cold chain necessary for the preservation of vaccines to be administered.

For decades, DRC has witnessed measles outbreaks with a major resurgence of the disease since 2010. A study conducted by Epicentre, MSF’s epidemiological research centre, indicates that between 2010 and 2013 nearly 300,000 cases were recorded in DRC (almost two-thirds of them children under five years of age) and over 5,000 patients died.

According to the report, the number of cases fell by more than 20 percent after the first vaccination campaigns. MSF has responded to outbreaks of this disease throughout the country.

MSF started its activities in the Kalonge area six years ago to support a large group of people displaced by the conflict in DRC. Support has been provided to a hospital and eight health centres.

MSF calls on the parties in conflict to respect civilians and our medical mission so we can continue our activities and provide vital assistance to the population. Humanitarian actors must be able to work freely and without hindrance.

Read more about MSF in the DRC