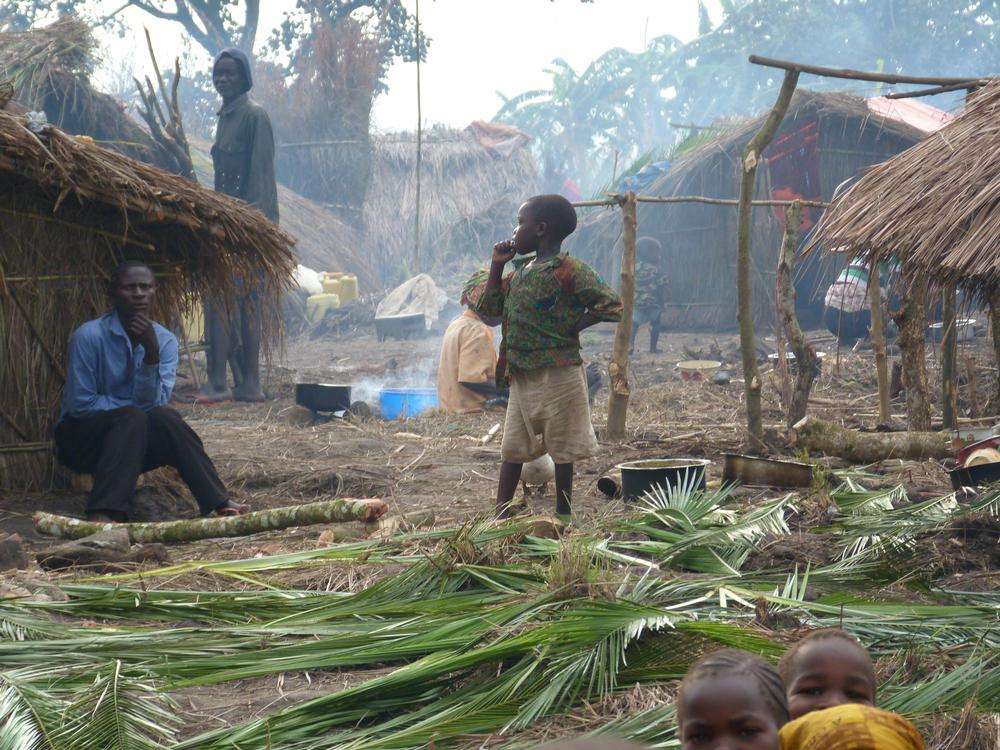 DRC: Emergency in South Irumu – “People have simply been abandoned"

PRESS RELEASE: Violent clashes in South Irumu, Orientale province, in the east of Democratic Republic of Congo, have forced more than 100,000 people to flee their homes.

Violent clashes in South Irumu, Orientale province, in the east of Democratic Republic of Congo, have forced more than 100,000 people to flee their homes, according to the international medical organisation Médecins Sans Frontières/Doctors Without Borders (MSF).

Government forces (FARDC) and the Front for the Patriotic Resistance of Ituri Militia (FRPI) have been fighting for control of the territory since 23rd August, but the violence has intensified over the past three days, and ordinary people are living in terror of gunfire and systematic looting.

“People have simply been abandoned,” says Fred Meylan, MSF’s emergency coordinator in Geti, adding that the level of humanitarian aid is vastly inadequate to meet the urgent needs of people who have been forced from their homes.

MSF calls for additional resources to be made available, and urges all parties to the conflict to respect civilians and the integrity of medical facilities.

Most of the area’s medical facilities have been looted and destroyed in recent weeks. In September, intense fighting took place within Geti state’s medical centre, which receives MSF support, killing a Ministry of Health nurse and wounding three patients.

“This situation is unacceptable,” says Meylan. “Up to now, we have managed to maintain lifesaving emergency services and treat the wounded, but the parties to the conflict must respect the integrity of healthcare facilities.”

MSF has had to postpone a planned measles vaccination campaign and reduce the size of its teams following clashes close to its base in Geti.

Since the crisis began in August, MSF has held more than 17,000 medical consultations in Geti and Munobi, performed 43 operations on wounded patients, carried out 17 caesarean sections, and admitted 165 patients for emergency treatment and intensive care.

MSF teams are also treating and distributing more than 100,000 litres of water per day to people who have been forced from their homes and are now living in makeshift shelters without drinking water.

MSF has built more than 350 latrines to prevent the risk of epidemics associated with poor sanitary conditions.

The aid response remains largely inadequate, particularly in the areas around Lagabo, Soke, Songolo and Malo, which are not affected by the fighting, and where the first displaced people began arriving in late August, having left behind everything they owned – houses, possessions, fields and crops.

“These people are struggling every day to meet their most basic needs,” Meylan says.

“Today, most have no access to medical care. This is particularly worrying as part of the region has been experiencing a measles epidemic for several months.”

“Humanitarian assistance must be strengthened in the areas that are not affected by the clashes,” says Meylan. “History is repeating itself, and once again, civilians are the first victims of the fighting.”

MSF has been working in Geti since 2006 when it provided assistance to people who had fled fighting between soldiers and militias. MSF has had a continuous presence there in Geti since 2008 where it supports the health centre and Geti general referral hospital.