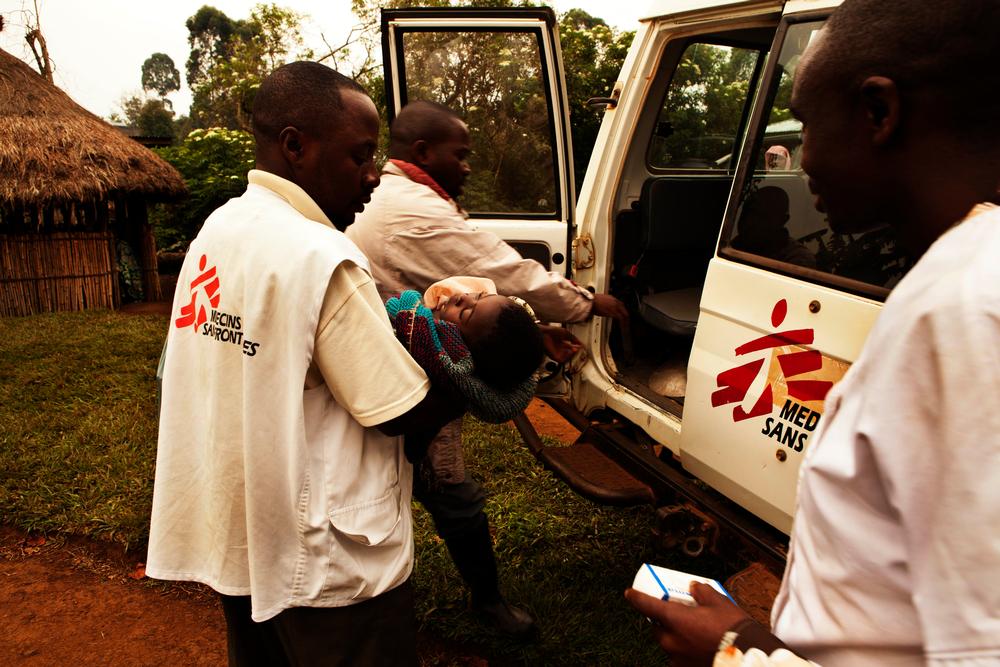 PRESS RELEASE: At least ten people have died of rabies following an outbreak in the east of the Democratic Republic of Congo

At least 10 people have died of rabies following an outbreak in the east of the Democratic Republic of Congo (DRC), said Médecins Sans Frontières/Doctors Without Borders (MSF) today.

The outbreak has infected 154 people, including a father and son who were bitten by a member of their own family. The father, 27, and his seven-year-old son, were infected after being bitten by a younger son who was dying of the disease.

Both were treated with an anti-rabies vaccine and given immunoglobulin.

Dr Jantina Mandelkow, who leads MSF's team in Lemera, in DRC's South Kivu region, said: "I held my breath when I heard that a child dying of rabies had bitten and infected his father and brother - it was horrific.

"It's an impossible situation. Family members would obviously want to be with those who are ill, but when a person has rabies they can be a danger to people around them.

"I've only seen one other case of rabies in my career as a doctor and it was one of the worst things I have ever seen. Rabies leads to death without treatment, and people in Lemera were incredibly scared - many walked for days to get to the hospital for treatment. With vaccinations unavailable elsewhere, they had nowhere else to turn."

MSF’s teams have already vaccinated 106 people. If untreated, rabies is invariably fatal, and leads to a slow and painful death.

“My name is Segemba Soya. I’m 23-years-old. I’ve got four children. I live in Kigero; it’s not very far from the hospital in Lemera. I walked one hour to reach the vaccination site. My kid was playing with his friends when a dog came and bit him. One month after, his health deteriorated. He became constantly thirsty. We thought he was possessed by evil spirits. Then we brought him to the church for prayer.

“While praying for him he jumped on me and bit me as I was laying my hands upon his head. I didn’t feel any change in my body. People advised us to take him to the hospital. When we arrived at the Bushushu Health Centre, they told us that it’s not evil spirits that he suffers from but rabies disease from the dog that had bitten him. Some days after, he died. In my case, I went to the hospital in Lemera to look for medicine. Now my prayer has been answered because I’ve just been vaccinated against rabies.”

Treatment involves vaccinating people who have been bitten or scratched by a suspected rabid dog and administering post-exposure treatment where necessary. With vaccinations unavailable in DRC, MSF’s team had to order them from Europe before they could start their emergency intervention.

With reports of new bites coming from remote areas, MSF is set to donate vaccines and post exposure treatment to the Ministry of Health so they can treat the remaining cases.

After decades of conflict and instability in DRC, measures to prevent animal-to-human transmission of the virus have not been implemented.

To properly contain the outbreak, MSF is also asking the authorities to provide free vaccinations for domestic animals.

Local people cannot afford the US$6 cost of vaccinations, so have killed animals and dogs who were acting suspiciously. If their bodies are not properly disposed of, they can be eaten by other animals, infecting them with rabies.

Find out more about MSF's work in Democratic Republic of Congo