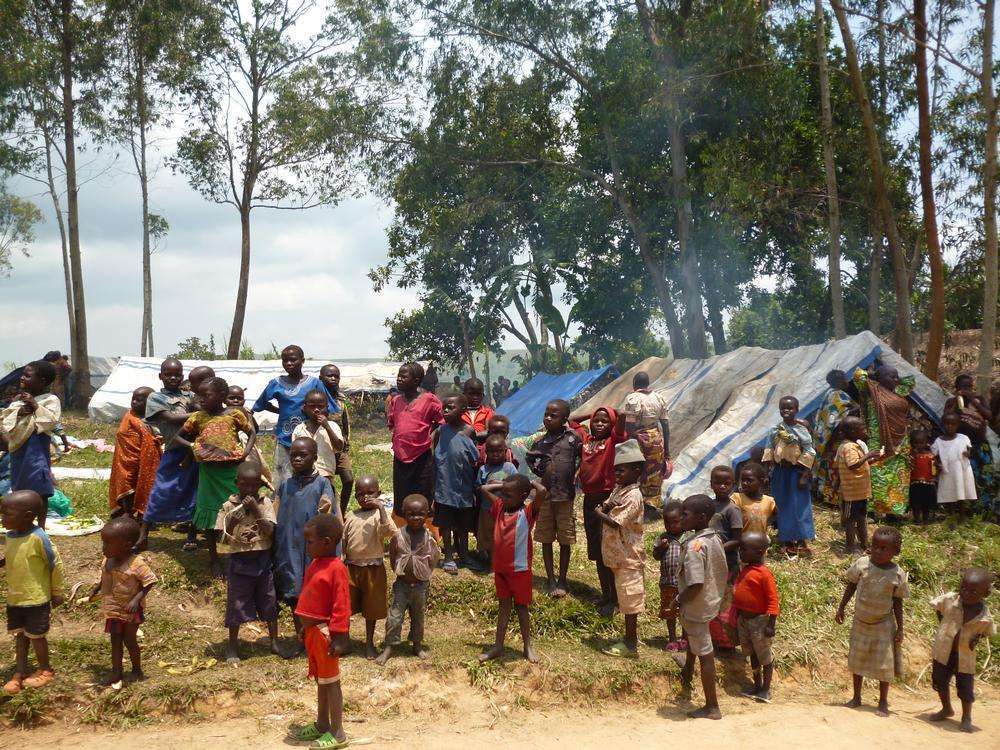 PRESS RELEASE: For the past two weeks, several tens of thousands of displaced people have been living in precarious conditions in the region of Ituri, in the northeast Democratic Republic of Congo.

For the past two weeks, several tens of thousands of displaced people have been living in precarious conditions in the region of Ituri, in the northeast Democratic Republic of Congo.

Since 22nd August, fighting has broken out between the Congolese armed forces and the militia group, Force de Résistance Patriotique de Ituri (FRPI), to control the southern zones of Ituri, in Orientale Province.

Thousands of people have fled their homes to avoid the fighting. Médecins Sans Frontières/Doctors Without Borders (MSF) has strengthened its medical activities in Gety to aid the displaced populations.

The MSF team, present in Gety during the recent fighting, has seen the number of medical consultations triple since the arrival of the displaced people.

MSF has opened two extra health posts near the displaced persons’ camps, and teams are conducting over 500 medical consultations each day.

In Gety, community leaders estimate that the population has increased fivefold in just a few days. MSF staff are working round the clock to supply drinking water for some 20,000 people.

The organisation continues to evaluate the health situation within the area, and plans to construct 800 latrines in the camps as quickly as possible.

“The humanitarian situation in Ituri is very disturbing. The region hasn’t seen such a large wave of displaced people since the crisis in 2008,” continues Mr Poncin.

“Responding to the urgent needs of the population in the middle of military conflict is an enormous challenge. MSF, the only humanitarian organisation currently present in the region, is not in a position to respond to all the population’s needs, especially in terms of shelter, food and other essential items.”

MSF worked in Gety for the first time in 2006 to assist people who had fled fighting between the army and militia. The organisation has been present continuously in the region since 2008, supporting both the health centre and the Gety General Hospital

Find out more about MSF’s work in DRC