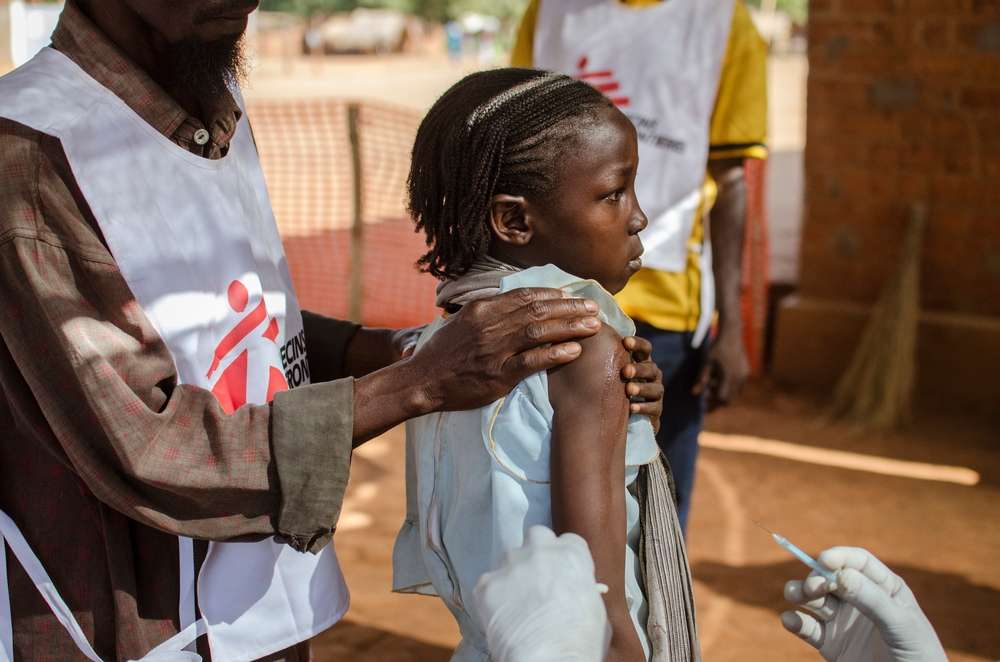 PRESS RELEASE: In an extraordinary move, MSF has started a rabies intervention in the east of the Democratic Republic of Congo after an alarming number of people were bitten by rabid dogs.

In an extraordinary move, Médecins Sans Frontières/Doctors Without Borders (MSF) has started a rabies intervention in the east of the Democratic Republic of Congo after an alarming number of people were bitten by rabid dogs.

With ten deaths reported already, the emergency intervention aims to prevent any further fatalities from this neglected disease.

The targeted response in the affected Lemera health zone in the province of South Kivu involves a team vaccinating people who have been bitten or scratched by a suspected rabid dog and administering post-exposure rabies treatment where necessary.

Effective treatment soon after exposure to rabies can prevent the onset of symptoms and a painful death. Without treatment prior to the onset of severe symptoms, rabies is almost invariably fatal.

“Not only are vaccines and immunoglobulin not readily available in the DRC, most Congolese people can’t afford to pay for lifesaving post-exposure treatment, which costs around US$250.”

After decades of conflict and instability in the Democratic Republic of Congo, measures to prevent animal to human transmission of the virus have not been implemented. Under-reporting of rabies also prevents mobilisation of resources from the international community to eliminate this preventable disease.

“The current rabies situation now affecting humans in Lemera is exceptional and must be urgently addressed,” said Dr Mandelkow. “We’re doing all we can but we urge others to recognise the severity of the situation and commit resources to its containment and resolution.”