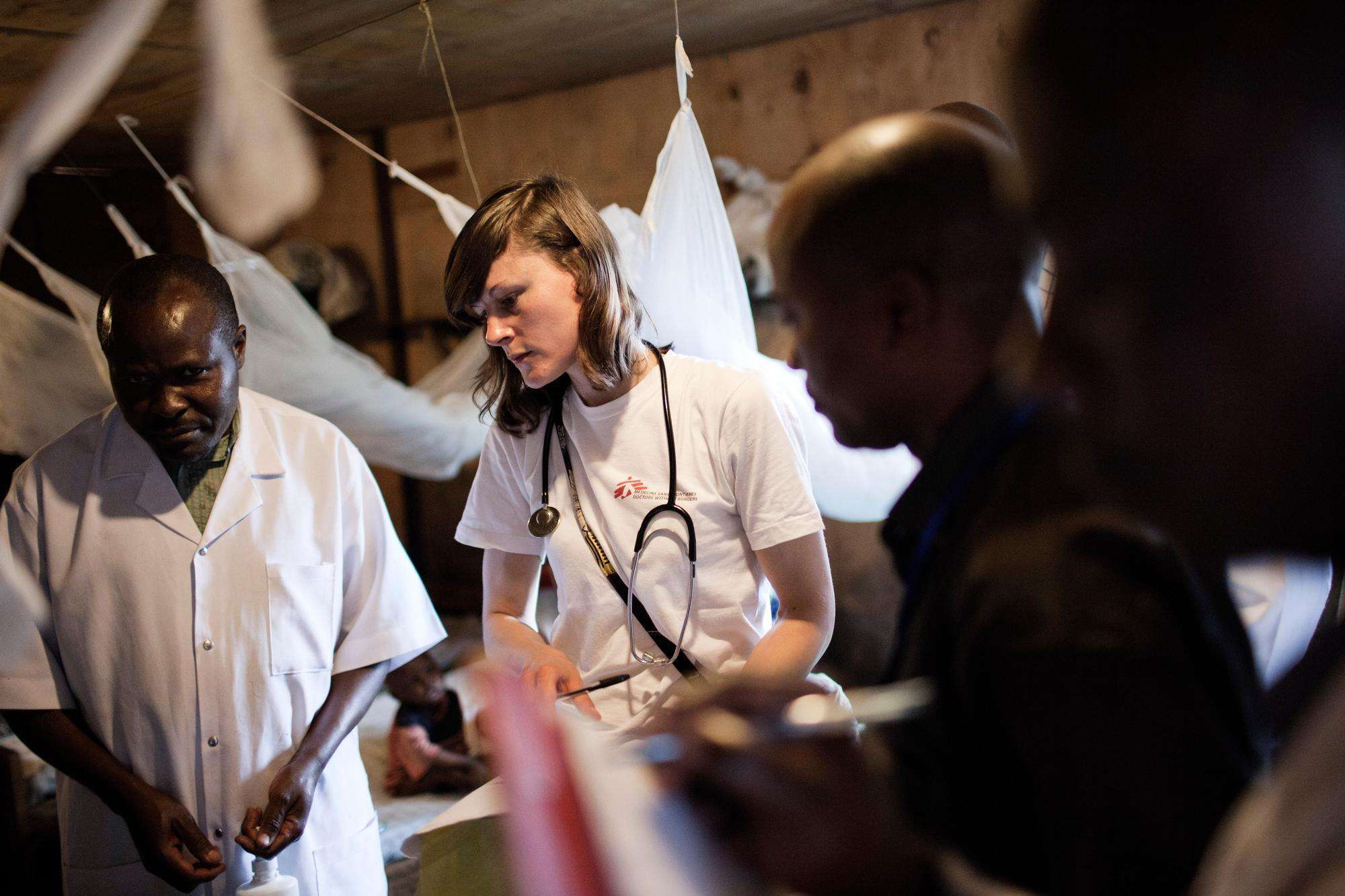 PRESS RELEASE: The DRC is in the grip of an emergency. For two decades, persistent conflict in its eastern provinces and instability in other regions, as well as a dysfunctional health system, have led to recurrent humanitarian crises and outbreaks of disease.

The Democratic Republic of Congo (DRC) is in the grip of an emergency. For two decades, persistent conflict in its eastern provinces and instability in other regions, as well as a dysfunctional health system, have led to recurrent humanitarian crises and outbreaks of disease.

In a report released today, Médecins Sans Frontières/Doctors Without Borders (MSF) uses its medical data and the testimonies of patients and staff to expose the true extent of the medical and humanitarian emergency lived every day by the people of DRC – especially in the country’s conflict-affected eastern provinces, one of the places where MSF works.

MSF calls for immediate action to put an end to the persistent suffering.

In “Everyday Emergency: Silent Suffering in Democratic Republic of Congo”, MSF concludes that many of the people in need of humanitarian assistance in the country do not have access to it.

Many communities are cut off from medical care due to poor infrastructure, displacement and conflict, and adequate assistance is not being provided in rural and conflict-affected areas by aid organisations and by the state.

At the same time, violence against civilians, medical staff and property is commonplace, and healthcare providers are regularly required to suspend operations, leaving people deprived of the medical care they urgently need.

MSF has also found that many vulnerable people in the conflict-affected provinces of eastern DRC are excluded from healthcare by a cost recovery system exercised by official health structures and NGOs.

Though the national healthcare system theoretically guarantees free healthcare in emergency situations, people are still made to pay, despite living in a warzone.

Nyirambabazi, 30, lives in Kahe camp and is pregnant for the first time. Neighbours transported her from Kazuba to the hospital St Benoit of Kitchanga, it took them six hours of walking. © Giulio Di Sturco

"Infrastructure and a health system that are hardly functioning, ongoing conflict and a lack of respect for humanitarian and health workers, a pervasive cost recovery system that requires patients to pay for healthcare even in situations of crisis... All of these factors have had a catastrophic effect on the health of the people of eastern DRC,” says Annemarie Loof, operational manager for MSF.

As for the 2.96 million people who are currently displaced in DRC – and in particular the large numbers of “hidden” displaced who are living with host families or hiding in the bush – the situation is dire.

These people receive little to no humanitarian assistance; and if they do, it is irregular and infrequent. Meanwhile, there is increasing pressure on aid providers to channel assistance to certain ‘liberated’ zones with a view to stabilising conflict-affected areas and strengthening the authority of the state.

“Outbreaks of diseases like measles, malaria and cholera occur year after year in eastern DR Congo. Yet the health system is, in most cases, unable to prevent them or to respond,” says Dr Jatinder Singh, MSF medical coordinator in DRC.

“As a result, many people suffer and die, and the tragedy is that much of this human suffering could be prevented.”

Immediate action must be taken to end this longstanding suffering. MSF calls for armed actors to respect civilians, humanitarians and medical facilities, and for better provision of humanitarian aid that is timely, flexible, appropriate and based solely on people’s needs rather than their location or any kind of a political agenda.

The organisation calls for the removal of financial barriers to healthcare for the vulnerable people in conflict-affected areas in eastern DR Congo, and improved prevention and response systems for disease epidemics.

Find out more about everyday emergencies in the DRC with these three short films.

MSF runs emergency interventions, vaccination campaigns and regular programmes in all provinces of DR Congo. MSF has worked in the country since 1981.

Find out more about MSF's work in DRC