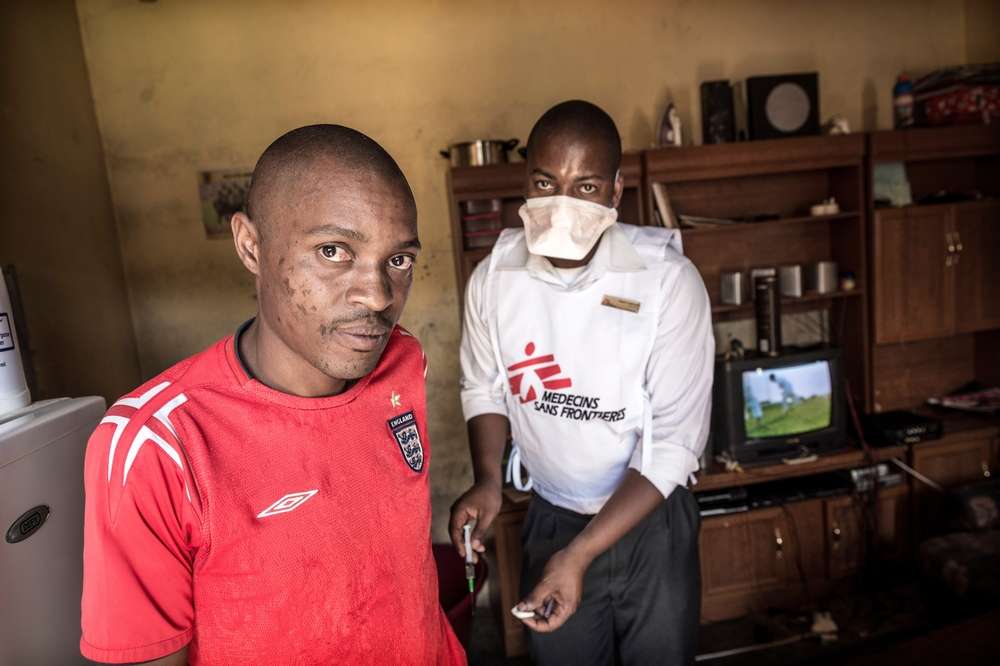 PRESS RELEASE: A new briefing paper by MSF published today, 17th March, outlines why the alarming spread of deadly strains of drug-resistant tuberculosis are one of the biggest global health threats we face today.

A new briefing paper by Medecins Sans Frontieres/Doctors without Borders (MSF) published today (17th March), outlines why the alarming spread of deadly strains of drug-resistant tuberculosis (DR-TB) are one of the biggest global health threats we face today.

Every year, around eight million people worldwide fall ill with TB and 1.3 million people die from the disease. Standard TB is a curable disease, but an inadequate global response has allowed the growing epidemic of drug-resistance to take hold.

Now these deadlier DR-TB strains are spreading from person to person – even to people who’ve never had TB before.

TB is airborne and contagious, and new forms which cannot be treated with standard TB treatment are appearing at an alarming rate.

Half a million new cases are diagnosed every year, and cases of even harder-to-treat multidrug-resistant TB (MDR-TB) have doubled in the UK over the past decade. London is already the TB capital of Western Europe.

Drug-resistant forms of TB are much harder to cure: standard TB drugs don’t work on DR-TB and doctors must turn to long, arduous complex and expensive treatments that only cure half the patients at best.

“Each year we are diagnosing more patients with DR-TB, but the current treatments aren’t good enough to make a dent in the epidemic. It doesn’t matter where you live; until new short and more effective treatment combinations are found, the odds of surviving this disease today are dismal.”

The story of DR-TB will be told in heartbreaking detail in a new documentary airing on BBC Four at 9pm tonight. The film, shot in Swaziland, tells the story of families torn apart by the disease and highlights the urgent need for more effective treatments.

Characters include Nokubegha, a 12-year-old girl, filmed being told that she has multidrug-resistant TB, a disease which killed her mother only two weeks previously.

London filmmaker Jezza Neumann who directed the film, said: “My job is to put the human face on this global disease. One family in particular gave us unflinching access to their lives at an incredibly difficult time – when they had lost their sister and daughter, Zandile, to MDR-TB - a disease that her brother was still suffering from. This access was a testament to their feeling that more people should know about the need for better treatments for DR-TB.”

Hover over the image below to find out more about MSF's treatment of TB around the world. Countries in maroon depict where MSF projects are currently treating TB.

The message from people in the film is strikingly clear; there is an urgent need for shorter, less toxic, more effective treatments to help boost survival rates and help stop the spread of DR-TB.

Currently, only one in five people who need treatment for DR-TB receive it, which is allowing the disease to spread unhindered. Those lucky few who can be treated face a two year ordeal of daily injections and have to swallow more than 10,000 pills.

Although two new drugs have been released recently – the first in 40 years – doctors and patients are years away from getting the revolution in treatment they so desperately need. To be effective, TB drugs have to be used in combination, and clinical trials combining the new drugs are not yet underway.

MSF has also launched a DR-TB manifesto – developed by doctors and patients – that people can sign to show their support for the campaign for better treatments for DR-TB.