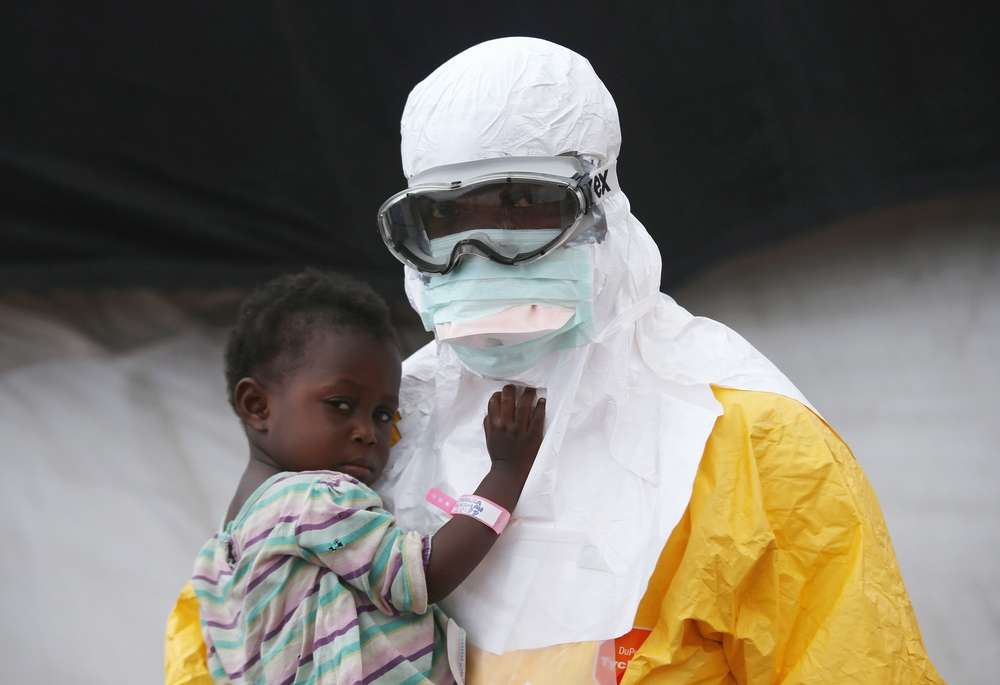 Ebola: Hard-won gains in Liberia must not be undermined

PRESS RELEASE: Though the outbreak is far from over and new hotspots continue to emerge across Liberia, the number of new Ebola cases reported in the country has declined in recent weeks. The international aid response must rapidly adapt to this new phase of the epidemic in Liberia, or it risks undermining the progress made against Ebola.

While the number of new Ebola cases reported in Liberia has declined in recent weeks, the outbreak is far from over and new hotspots continue to emerge across the country, the international medical humanitarian organisation Médecins Sans Frontières/Doctors Without Borders (MSF) said today, warning that the international aid response must rapidly adapt to this new phase of the epidemic, or risk undermining progress made against Ebola.

Unlike in neighbouring Guinea and Sierra Leone, where cases are on the rise, MSF teams in Liberia are witnessing a decline in the number of Ebola patients admitted to case management centres (CMCs) for the first time since the beginning of the Ebola epidemic.

At present, MSF’s 250-bed ELWA3 CMC in Monrovia is treating around 50 patients. In Foya, in northern Liberia, the number of patients reached zero on 30th October, with no confirmed cases since that date. Case numbers could again rise, as they have in Guinea, where, following two significant dips in admissions to MSF facilities, patient numbers are again increasing.

“In Liberia, the international response is finally getting off the ground,” said Fasil Tezera, MSF head of operations in Liberia. “Financial support is starting to flow into the country and huge resources are being put into constructing large-scale Ebola isolation centres.

"Isolation units in Monrovia and some other parts of the country now have adequate capacity and we must adapt the strategy if we want to stay ahead of the curve and beat the epidemic.

“Priority should be given to a more flexible approach that allows a rapid response to new outbreaks and gets the regular healthcare system safely up and running again.”

MSF is distributing anti-malaria treatment in Monrovia to 300,000 people. The distribution targets densely populated areas where access to healthcare is limited due to the collapse of the health system caused by the Ebola crisis.

Agile and well-equipped rapid response teams should be deployed quickly to actively investigate hotspots wherever they occur, and mount a comprehensive response, MSF said.

This includes isolating patients, tracing people who have been in contact with the sick, organising safe burials, carrying out disinfection of contaminated areas, and mobilising local communities.

“In Foya, we believe this comprehensive approach, as well as active engagement by the community, has led to a steady reduction of cases across the county,” said Dr Nico Heijenberg, MSF emergency coordinator.

“Trust and understanding by the community is hugely important in acceptance of medical activities, and in successfully containing the virus.”

Restarting essential healthcare services is also a critical component of an Ebola response. The Liberian healthcare system has virtually collapsed because of the epidemic.

Many hospitals and clinics are closed, and those that are running turn feverish or vomiting patients away for fear they have Ebola.

MSF is adapting its response in Monrovia by carrying out a mass distribution of anti-malarial prophylaxis/treatment and opening an Ebola screening point next to the 200-bed government-run Redemption Hospital, assisting it to reopen safely.

“Infection control measures like triage points should be implemented urgently within regular health facilities, in order to reduce the spread of Ebola and stop people dying from preventable diseases and unmanaged complications,

“Much of the international aid funding for the Ebola response is earmarked for specific projects. Instead, international donors and implementing organisations should deploy their resources with flexibility so that they can be used where they are needed most,” said Dr Heijenberg.