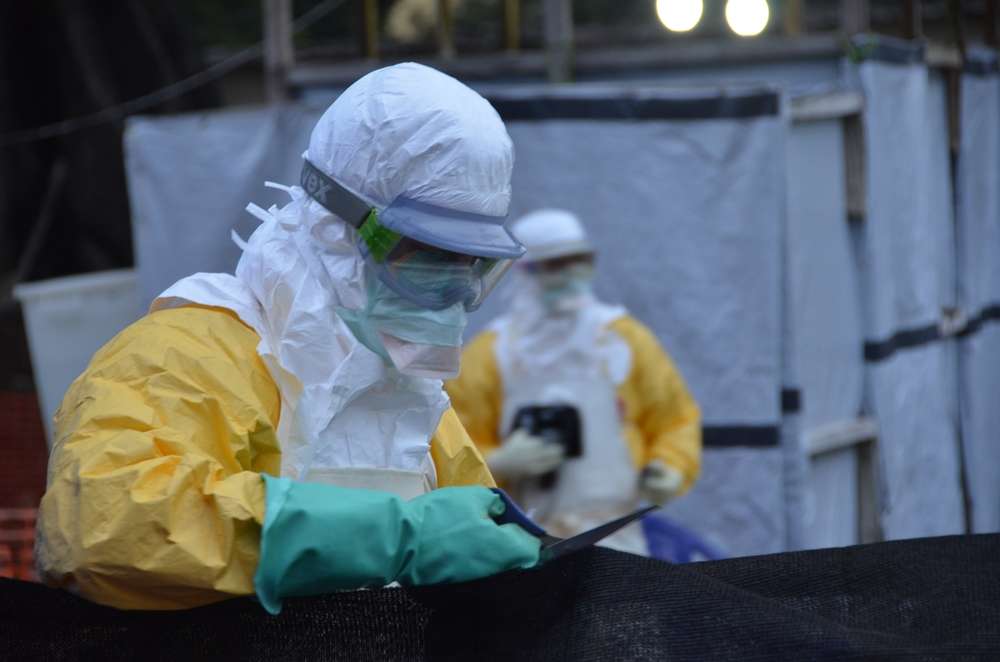 PRESS RELEASE: MSF confirmed today that one of its international staff members who recently returned from Guinea has tested positive for Ebola haemorrhagic fever.

The international medical humanitarian organisation Médecins Sans Frontières/Doctors Without Borders (MSF) confirmed today that one of its international staff members who recently returned from Guinea has tested positive for Ebola haemorrhagic fever.

The staff member, an American citizen, was placed in isolation on Thursday, 23rd October, at Bellevue Hospital in New York City, after developing ​​a fever.

As per the specific guidelines that MSF provides its staff members on their return from Ebola assignments, the individual engaged in regular health monitoring and reported his first symptoms immediately to MSF.

The New York City Department of Health & Mental Hygiene was immediately informed and is involved in the management of the individual’s care. Late on Thursday night, initial laboratory tests confirmed Ebola infection.

“Extremely strict procedures are in place for staff dispatched to Ebola affected countries before, during, and after their assignments,” said Sophie Delaunay, executive director of MSF USA.

“Despite the strict protocols, risk cannot be completely eliminated. However, close post-assignment monitoring allows for early detection of cases and for swift isolation and medical management.”

As soon as he developed a fever, the MSF staff member was immediately isolated and referred to Bellevue Hospital.

As long as a patient hasn’t developed symptoms, the risk of contagion is close to zero. Ebola is not an airborne virus like the flu. It is only transmitted through direct contact with bodily fluids, such as blood or vomit.

Hoping for quick and full recovery

The circumstances under which the staff member contracted Ebola have not yet been determined. A thorough investigation is underway by MSF, under standard management procedures for such events.

Since March, three MSF international staff members and 21 locally employed staff have fallen ill while battling the Ebola outbreak in Guinea, Liberia, and Sierra Leone. Thirteen have sadly passed away.

In-depth investigations have so far shown that most of the infections occurred outside MSF’s medical facilities in the countries.

“Tragically, as we struggle to bring the Ebola outbreak in West Africa under control, some members of our staff have not been spared,” said Ms Delaunay.

“Our thoughts are with our colleague in his own struggle right now, and we sincerely hope for his quick and full recovery.”

For reasons of medical confidentiality, and to preserve the privacy of its staff member and his family, MSF will not provide any further comment at this time.

MSF has been responding to the Ebola outbreak in West Africa since March 2014 and remains committed to this very challenging struggle.

While an international response has begun to be mobilised to contain the Ebola epidemic at its source, much more needs to be done as soon as possible to isolate and treat growing numbers of patients.