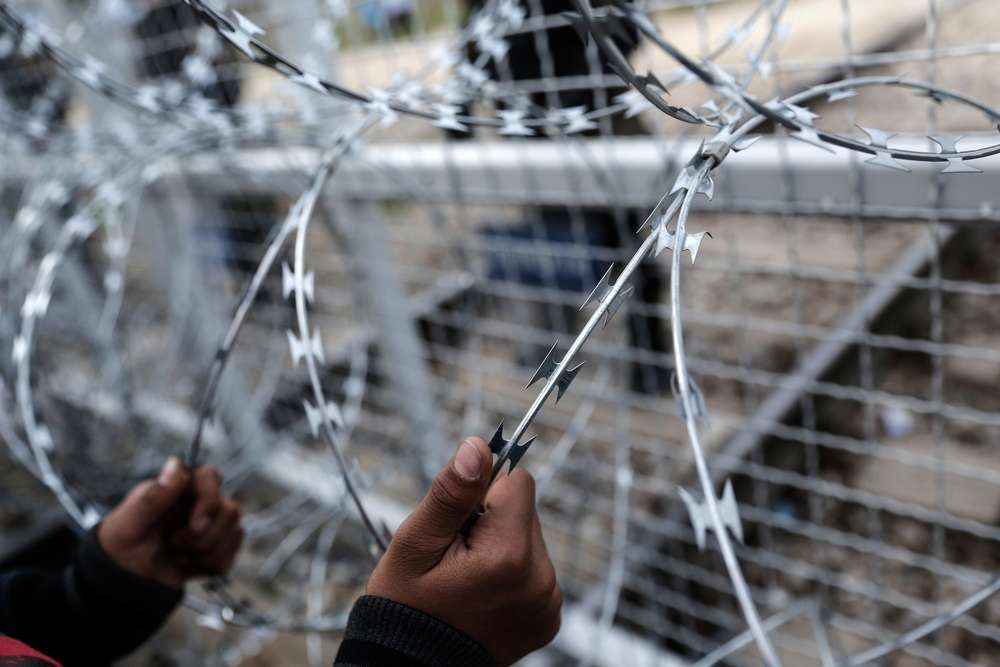 Europe, don't turn your back on asylum: #TakePeopleIn

We write this letter to European Governments to share our profound concern that by signing the EU-Turkey agreement, they have turned their backs on thousands of people fleeing war, oppression, and despair.

To: European Governments, to the European Institutions

We write this letter to you today to share our profound concern that by signing the EU-Turkey agreement you have turned your back on thousands of people fleeing war, oppression, and despair.

The “EU-Turkey deal” effectively outsources caring for these people to Turkey in exchange for, amongst other things, a multi-billion euro financial aid package. In an era of the greatest displacement of humanity in decades, this is a historic abdication of your moral and legal responsibilities.

Walking away from crisis

We have been treating victims of Europe’s deterrence approach to migration for years, in what has become an acute humanitarian crisis on European soil. We’ve reset bones broken by police, treated children shot in the head by rubber bullets and rinsed the eyes of babies doused in tear gas. Instead of focusing on alleviating the crisis, EU and Member States have decided to simply walk away and push it on to others.

This deal threatens the right of all people to seek asylum and violates your obligation to assist each man, woman or child asking for protection. Pushing people back to their country of last transit transforms asylum into nothing but a political bargaining chip to keep refugees as far away from European borders and the eyes of the European voting public as possible.

Today, there is virtually no option left for people to safely reach European shores to claim asylum.

Mohammed, 6, and Ahmed, 8, sleep outside in the open air in Idomeni. Their parents do not have a tent and there is no room available at the temporary living quarters.

In exchange, you have promised “humanitarian” and development aid to fulfill the needs of Syrian refugees and presented these funds as a measure to ease human suffering. But this aid is now conditional on shipping suffering offshore, betraying the humanitarian principle of providing aid based on need alone.

By offering billions of euros to care for people out of sight in Turkey, aid agencies may be caught in a dreadful dilemma: should they provide desperately needed aid in service of an anti-humanitarian policy that has the ultimate goal of border control?

There are undoubtedly needs in Turkey, a country already struggling to offer effective protection to nearly three million refugees within its borders, but we ask you to separate humanitarian aid from the political agreement.

This deal is sending a troubling signal to the rest of the world: countries can buy their way out of providing asylum. If replicated by many nations, the concept of refugee will cease to exist. People will be trapped in warzones unable to flee for their lives, with no choice but to stay and die.

The recent bombing of a camp hosting displaced people near Idlib that killed at least 28 people shows that the concept of “safe spaces” in Syria is not viable.

Meanwhile the welcome offered by Europe to those in Greece often erases what little hope people had left. In island ‘hotspots’ there are virtually no safeguards in place. Women fear to go to the toilet once darkness falls, mothers beg for formula milk to feed their babies, and men of all ages lose their dignity fighting over scraps of food or who is next in line.

European countries, people are in need of your help and protection – not just your money. Is World War II so long ago that you no longer recall the basic human need to flee from violence and persecution when left with no other choice? We understand that meeting the huge challenges of the global displacement crisis has become a controversial political issue, but for us it is first and foremost a humanitarian one, and it should be for you too.

Many of your citizens have risen to this challenge by volunteering to help others, but your leadership has lagged behind for fear of potential political consequences. We appeal to you, the leaders of Europe, to rise to the challenge: use your substantial resources to welcome and offer protection to those who need your help.

Find out more about the refugee crisis in Europe