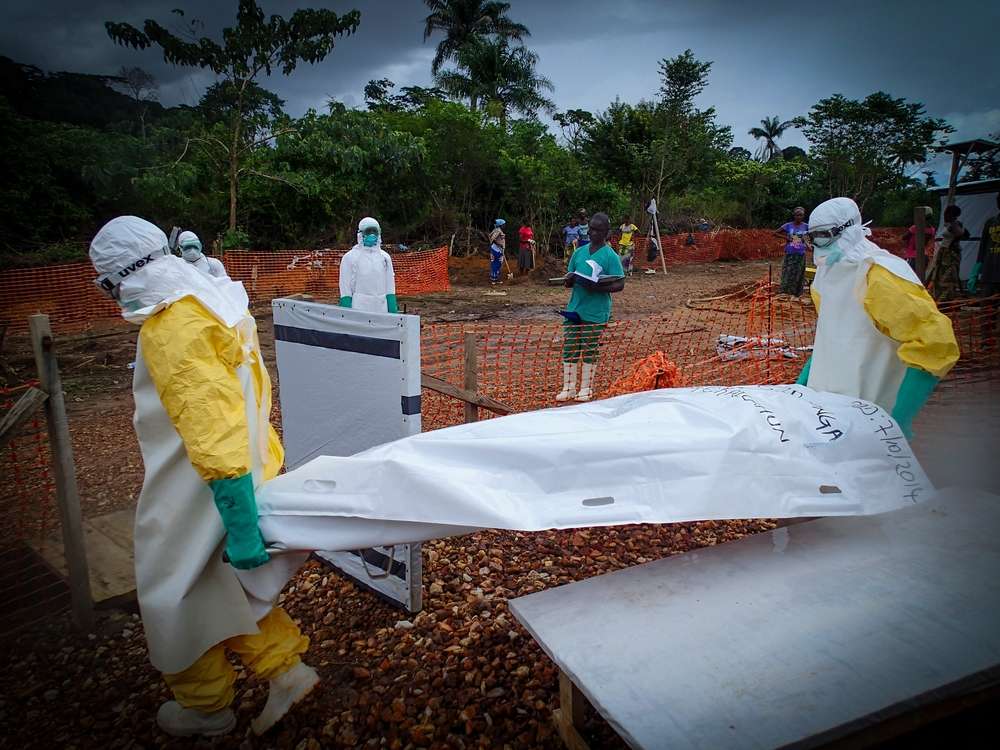 G7: The world is no better prepared today than a year ago to respond to Ebola

PRESS RELEASE: Despite the recent devastating Ebola outbreak in West Africa, the global health system remains woefully unprepared for mass disease epidemics. We are urging leaders of G7 countries to commit to developing a robust emergency response system against epidemics and international health crises, as well as to fund the development of drugs for neglected diseases.

MSF urges the leaders of the G7 countries at this weekend’s G7 summit in Elmau, Germany, to commit to developing an efficient emergency response system against epidemics and international health crises, following the devastating Ebola outbreak in West Africa.

The Ebola outbreak also underlines the real need to urgently fund the development of drugs and diagnostics for neglected diseases and to ensure access to existing medicines for patients in developing countries.

“If a global pandemic were to strike tomorrow, there is still no well-resourced, coordinated international response in place to kick in. The G7 leaders must recognise this gaping hole in our global health system and take concrete action to address it, or risk losing thousands of more lives in the next major epidemic,” says Dr Joanne Liu, MSF international president.

“There is a real danger of going back to business as usual: no major hospital would shut down the A&E department to only focus on general practice – both are needed for the world’s patients.”

The global failures encountered in the response against Ebola - not sounding the alarm on time, ineffective surveillance, slow international response, absence of leadership, lack of treatments and vaccines – are not unique. They are the reality in many emergencies MSF teams confront today.

“There is a palpable vacuum of global health leadership today. At the World Health Assembly last week in Geneva, the shouts of WHO reform seem to have dwindled, with UN Member States failing to pledge additional core funding, and no clear agreement on how to make a rapid and effective response a reality,” says Florian Westphal, managing director of MSF Germany.

“We hope that the G7 leaders will show greater political leadership and prioritise health emergencies to prevent future epidemics from spiralling so far out of control.”

The global health and aid system currently rewards countries for reaching long-term development targets, but there is little incentive for countries to declare outbreaks of infectious diseases for fear of harming trade and tourism.

Moving forward, countries need to be incentivised for publicly recognising an outbreak, while wealthy nations should deploy staff and resources to support Ministries of Health that are unable to cope alone.

Since January 2015, an MSF team in Niamey has supported the Niger Ministry of Health to fight a deadly meningitis epidemic.

Germany, which is chair of the G7 during 2015, has set three health issues on the G7 agenda: Ebola, neglected diseases and antimicrobial resistance. The lacking medicines and medical tools in these disease areas all reflect a broken research and development system, where needed tools are either priced far out of reach, or are simply not developed.

“The G7 summit has rightly put major burning health problems on the agenda, but they are not talking about fixing the R&D system so we can turn this around,” says Philipp Frisch of MSF’s Access Campaign.

“The lack of R&D for Ebola, antimicrobial resistance and neglected diseases is an enormous problem; millions of people suffer from diseases for which there are no effective drugs or vaccines, because they don’t represent a lucrative market for the pharmaceutical industry.

"The leaders of the G7 must prioritise funding for research and development into these unmet health needs.”

Drug-resistant tuberculosis is among the neglected diseases for which new drugs, vaccines and diagnostics are urgently needed. MSF treats thousands of people worldwide each year, using a two-year regimen of antibiotics that can cause horrible side effects - from constant nausea to psychosis and deafness - while managing to cure only one in two people.

Some forms of the disease are now virtually no longer treatable due to resistance to existing drugs.

Sydelle WIllow Smith
Ex-MDR-TB patient Phumeza Tisile went deaf due to the regimen of antibiotics she had to take.

At the same time, existing vaccines and treatments are priced out of reach. New exorbitantly-priced hepatitis C treatments are a prime example, as are new vaccines that many so-called ‘middle-income’ countries cannot afford.

While Germany showed leadership in hosting an important pledging conference to pay for new vaccines in Berlin this year, the government has done little to ensure overpriced vaccines are made more affordable for all developing countries.

“Wealthy, developed countries must take urgent action against the market failure in the pharmaceutical research and development,” said Frisch.

“The inaction of the international community on R&D, including the countries of the G7, has led to many preventable deaths, as drugs are not developed or are too expensive. R&D should prioritise the lives and health of people over profits.”