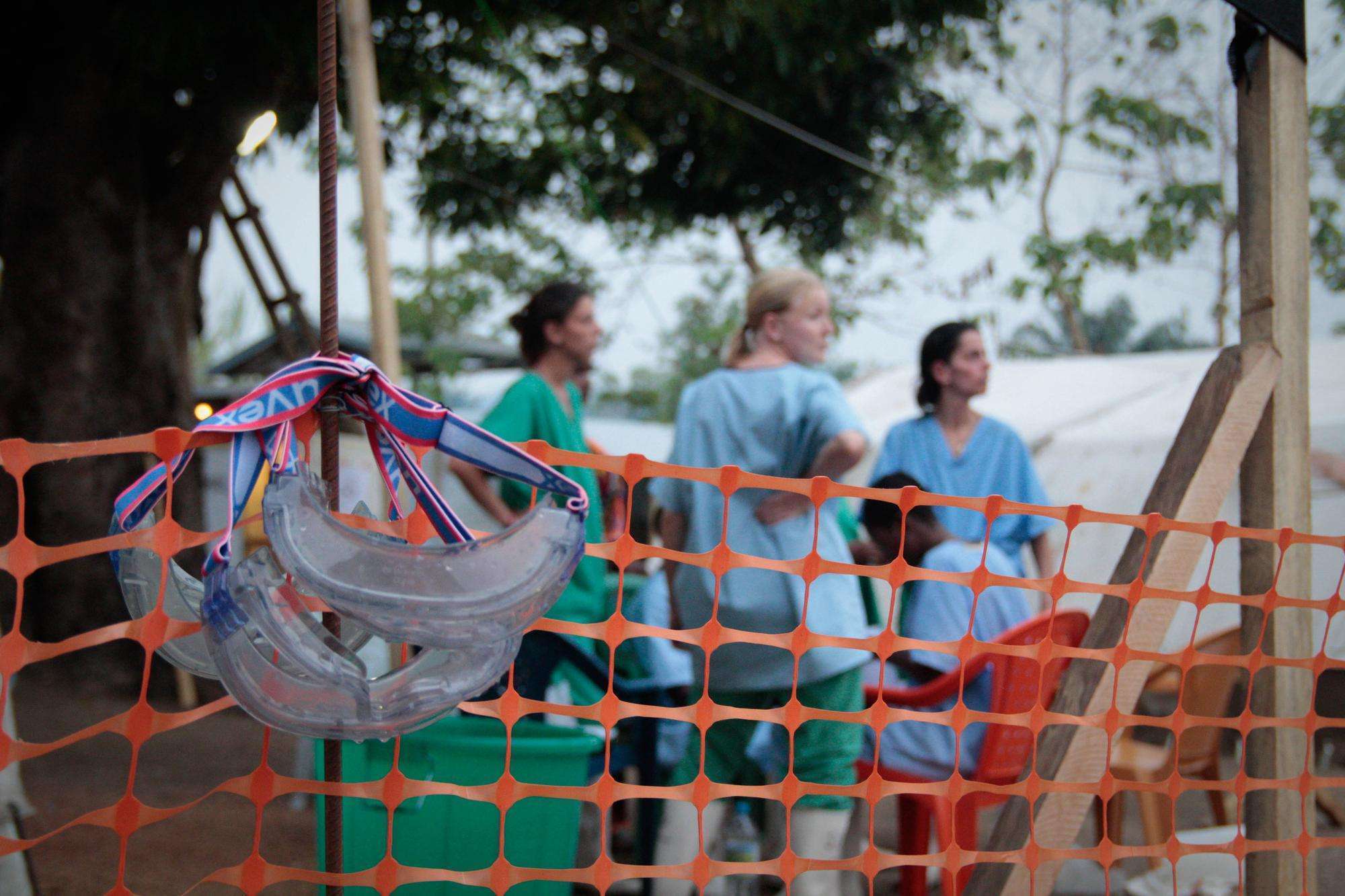 With eight confirmed cases of Ebola reported in the capital Conakry, MSF is facing an unprecedented epidemic in terms of the distribution of cases now scattered in several locations in Guinea.

With eight confirmed cases of Ebola reported in the capital Conakry, Médecins Sans Frontières/Doctors Without Borders (MSF) is facing an unprecedented epidemic in terms of the distribution of cases now scattered in several locations in Guinea.

“We are facing an epidemic of a magnitude never before seen in terms of the distribution of cases in the country: Gueckedou, Macenta Kissidougou, Nzerekore, and now Conakry,” said Mariano Lugli, coordinator of MSF's project in Conakry.

Cleaning: equipment most exposed to the virus is burned while the rest is washed using a very specific procedure © Joffrey Monnier/MSF

To date, Guinean health authorities have recorded 122 suspected patients and 78 deaths. Other cases, suspected or diagnosed, were found in Sierra Leone and Liberia.

MSF continues to strengthen its teams on the ground in Guinea. By the end of the week, there will be around 60 international fieldworkers who have experience in working on haemorrhagic fever. The group will be divided between Conakry and the other locations in the south-east of the country.

Among the fieldworkers are doctors, nurses, epidemiologists, water and sanitation experts, as well as anthropologists. In addition, more than 40 tonnes of equipment has been flown into the country to enable MSF teams to curb the spread of the disease.

“MSF has intervened in almost all reported Ebola outbreaks in recent years, but these outbreaks much more geographically contained and involved more remote locations, as opposed to urban areas. The vast geographic spread of the Guinea outbreak is worrisome because it will greatly complicate the tasks of the organisations working to control the epidemic,” said Lugli.

No vaccine or treatment

In Conakry, MSF has strengthened the support for the isolation of patients located at the referral hospital of Donka, in collaboration with the Guinean health authorities and the World Health Organization (WHO).

Currently, several patients in other health structures are still hospitalised under non-optimal conditions and it is imperative that isolation be improved and reinforced in the coming days.

The teams are also looking for a suitable place to set up a new facility to further support local health authorities. At the same time, MSF has already begun to identifying people who may have been in contact with confirmed Ebola patients.

The search and screening of potential new patients, and if necessary, their isolation is the only way to break the chain of transmission of the virus. There is currently no vaccine against or established successful treatment for Ebola.

Epidemiologist Michel Van Herp explains the Ebola virus, and how to avoid transmission, to people in Gbando © Joffrey Monnier/MSF

Most aggressive and deadly form of Ebola

In the last two weeks in the southeast of the country, in the towns of Guekedou and Macenta, MSF rapidly deployed teams and established two facilities for the isolation of patients. Raising awareness about the outbreak and identifying new cases among communities continues the help of residents.

“In the Guinea outbreak it is the Zaire strain of Ebola virus. This is the most aggressive and deadly known form of the virus. It kills more than nine out of 10 patients,” said Michel Van Herp, an MSF epidemiologist currently in Guekedou.

“To stop the outbreak, it is important to trace the chain of transmission. All contacts of patients likely to have been contaminated should be monitored and isolated at the first sign of infection.”

“It is important that the Guinean authorities and the WHO help medical facilities put in place all necessary hygiene measures,” said Van Herp.

MSF has worked in Guinea since 2001 on projects supporting the treatment of HIV/AIDS and malaria.