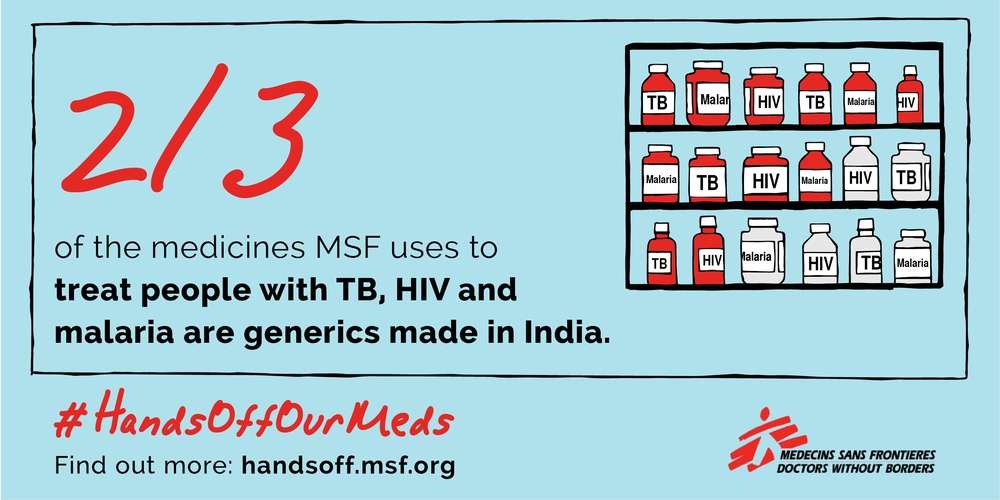 An Indian appeal board has upheld a licence for the production of a generic cancer drug. The historic move will make lifesaving drugs more affordable for millions.

An Indian appeal board has upheld a licence for the production of a generic cancer drug. The historic move will make lifesaving drugs more affordable for millions.

The verdict into German pharmaceutical company Bayer’s appeal against the grant of a compulsory licence has been issued by India’s Intellectual Property Appellate Board (IPAB) in Chennai. Médecins Sans Frontières/Doctors Without Borders (MSF) has learnt that the IPAB has upheld the first compulsory licence granted to a generic manufacturer issued in March 2012 for the kidney and liver cancer drug sorafenib tosylate.

MSF's reaction to the decision

“We’re relieved with the decision by the IPAB to uphold India’s first compulsory licence.

We are yet to read the decision and analyse it fully, as it has not been published.

The decision confirms that the Indian patent office is able to use all the means legally at its disposal to check the abuse of patents and open up access to affordable versions of patented medicines.

Most importantly, the decision means that the way has been paved for compulsory licences to be issued on other drugs, now patented in India and priced out of affordable reach, to be produced by generic companies and sold at a fraction of the price.

We hope that, in the near future, compulsory licences will be issued for the newest drugs to treat HIV and affordable generic versions will be available not only in India, but in the rest of the developing world.

As with more people living with HIV, tuberculosis or hepatitis need to be switched to more expensive, effective treatments, the need for affordable generic versions of these medicines will be critical to maintain the numbers of people with these diseases staying alive and healthy.

MSF has started to switch people we treat for HIV who develop drug resistance on to newer medicines, which are expensive. For example, to treat people living with HIV in our Mumbai clinic who need a third-line drug like raltegravir, costs MSF as much as US$1,775 per person per year.

We urge Bayer to address the reality that their prices are too high and not to appeal this decision. It is not the use of a compulsory licence that should be challenged, but the continued pursuit of excessively high profits over public health needs.”

Background to the case

The compulsory licence was granted in March 2012 by India’s Controller of Patents (the highest authority of the Indian Patent Office) to the generic company Natco for the eight years the cancer drug sorafenib tosylate will remain patented in India (until 2020), and against the payment of a royalty rate now fixed at seven percent, up from the original order of six per cent.

The order of the compulsory licence can be found here:
http://www.ipindia.nic.in/ipoNew/compulsory_License_12032012.pdf

Bayer appealed the decision in September 2012, and hearings were held in front of the IPAB in January this year.

MSF relies on quality, affordable generic medicines made in India, often called the ‘pharmacy of the developing world’, to treat more than 80 percent of the 220,000 people in its HIV projects across 23 countries. Competition among generic manufacturers in India is what has brought HIV medicine prices down by nearly 99 percent since 2000, from US$10,000 per person per year to roughly $150 today. But after a new patent law was introduced in 2005, newer medicines are increasingly being patented in India, keeping prices high.