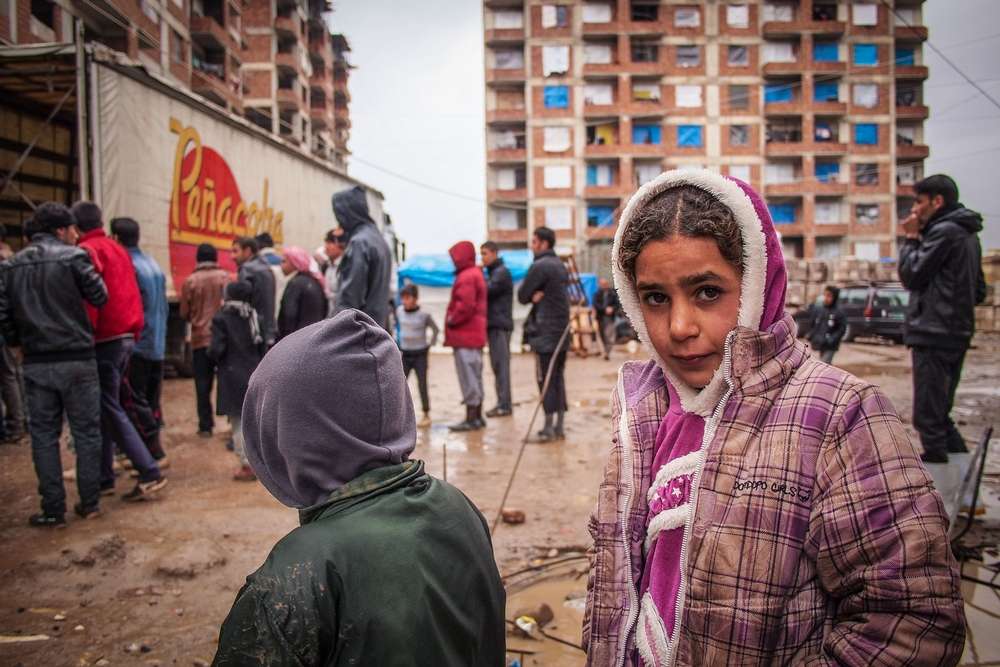 Iraq: Increasing numbers of Iraqis in need of humanitarian assistance

PRESS RELEASE: As Iraq experiences a dramatic surge in violence, successive waves of people who have been forced from their homes over the past year are now stranded in grey zones with no access to the most basic humanitarian assistance.

As Iraq experiences a dramatic surge in violence, successive waves of people who have been forced from their homes over the past year are now stranded in grey zones with no access to the most basic humanitarian assistance.

In large swathes of the country, the civilian population continues to pay a large price for the conflict, and the humanitarian response remains largely insufficient, warns international medical organisation Médecins Sans Frontières/Doctors Without Borders (MSF) today.

“Thousands of people, particularly in central Iraq, are not receiving the humanitarian assistance they urgently need.”

In the last year, intense fighting has led to almost three million people fleeing war-torn central and northern areas of Iraq, in particular the governorates of Anbar, Ninewa, Salah Al-Din, Kirkuk and Diyala.

Thousands of families have fled from widespread violence and shifting frontlines. They have been displaced several times, in the course of which they have lost everything.

Many are staying in overcrowded shelters - tents, unfinished buildings, religious buildings or schools - where living conditions are extremely poor.

MSF teams working in grey zones - north of Mosul and in areas between Baghdad and Anbar -report that many displaced people are living without sanitation or clean water.

Local infrastructure and health facilities have been damaged and are no longer functioning, and there is a growing shortage of medical staff.

Many people have no access to even basic healthcare, while reaching a functioning hospital can be extremely difficult in areas where it is unsafe to move around.

“Despite the magnitude of people’s needs, the humanitarian response has been mostly concentrated in safer areas, such as the Kurdistan region of Iraq,” says Forgione.

“MSF is among the very few international organisations working in areas in northern and central Iraq where people who have fled conflict have sought refuge.

In an effort to respond to the ever increasing needs, MSF has been expanding its operations in central and northern Iraq. MSF medical teams are running mobile clinics in Kirkuk, Salah Al-Din, Diyala, Ninewa and Baghdad governorates to provide healthcare to people fleeing conflict areas, as well as to the local population.

“We are very alarmed by the prospect of violence spreading to other densely populated cities, triggering yet more displacement,” says Forgione.

“All stakeholders in Iraq should make all possible efforts to ensure that the Iraqi population fleeing violence has access to humanitarian assistance. Our teams are doing everything they possibly can, but they cannot effectively meet all these needs.”

Gabriella Bianchi/MSF
Nazha, 26, is the mother of five children, the eldest of whom is eight. They were all displaced from their home in a village near Dakuk. Here, she visits the MSF mobile clinic near Tuz Kharmatu with two of her children.

In 2014, in Iraq, MSF responded by launching emergency interventions to provide basic medical care and relief for displaced families in several locations.

In August, MSF opened a maternity unit and had assisted 571 deliveries by the end of the year.