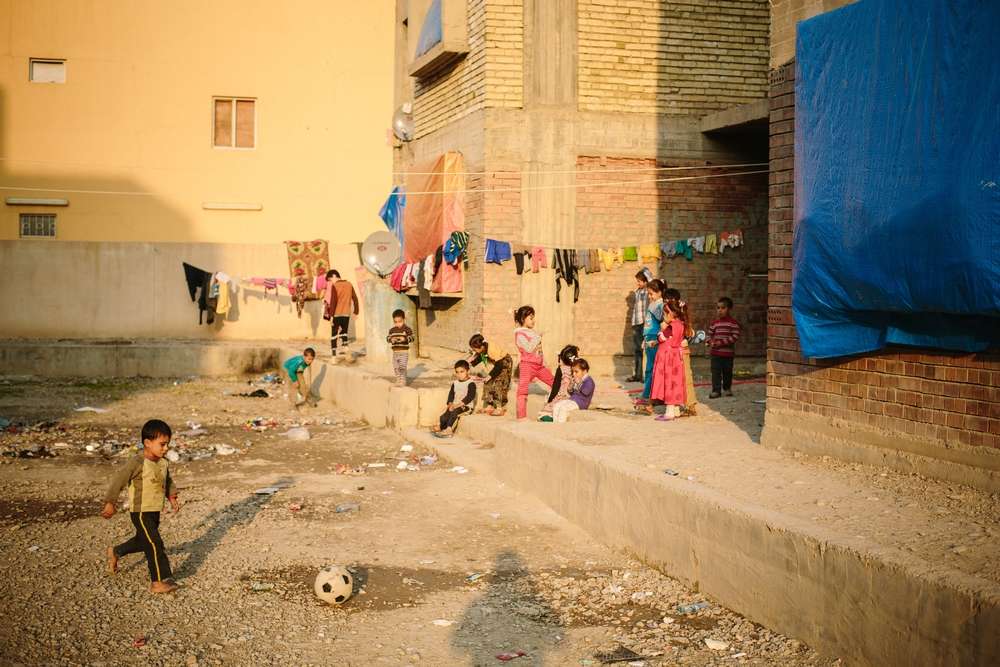 PRESS RELEASE: Despite escaping the continued conflict in Northern Iraq, many of these displaced people are still in danger as the void of international assistance means they are lacking food, shelter and medical supplies.

Thousands of people fleeing violence in Iraq are in desperate need of food, water, shelter, and medical care, even after arriving in areas of the country accessible to aid organizations, the international medical humanitarian organisation Médecins Sans Frontières/ Doctors Without Borders (MSF) warned today.

Over 180,000 displaced people have taken refuge in Kirkuk, a multiethnic city near the front lines of the conflict, with new arrivals continuing to stream in.

Many people are staying in substandard, overcrowded shelters and suffering from ailments including urinary and chest infections, skin diseases, and anaemia, due in part to a lack of food and water.

MSF is the only international medical organisation providing services in the area and is calling for immediate international assistance in Kirkuk and other areas where displaced and vulnerable people can be reached.

Lack of resources and assistance in Kirkuk

"In spite of security challenges in Kirkuk, it is still possible for aid organisations to work in the city," said Fabio Forgione, MSF head of mission.

"But we see too little international assistance; most aid comes from local organisations and is largely insufficient. We need international aid organizations to step up their efforts wherever possible."

More than two million Iraqis have fled their homes due to armed conflict this year. Many remain in areas that are directly affected by violence and cut off from humanitarian assistance. Yet those who reach safer areas are largely neglected. Local governments and host communities are struggling to respond to the emergency.

"When I came to Kirkuk I felt safer, and now I can sleep," said a woman who fled bombings in Beiji and is living with her family in an unfinished building in Kirkuk.

"But no one came to us except for the governor (of Kirkuk) and the Red Crescent. We didn't see anyone else. We made requests, asking mattresses, stoves, oil, carpets. No one gave us anything."

Humanitarian aid can 'ease the hardships'

So far the international response has focused mainly on Iraqi Kurdistan, where several camps for displaced people have been prepared. Most of the funds made available by international donors have been directed to this region and not to other accessible areas such as Kirkuk.

"Poor living conditions and overcrowding have a direct impact on people's health," said Forgione. "After fleeing terrible violence, families need basic, humanitarian aid to ease the hardships of their displacement. It is incumbent on the international community to provide it."