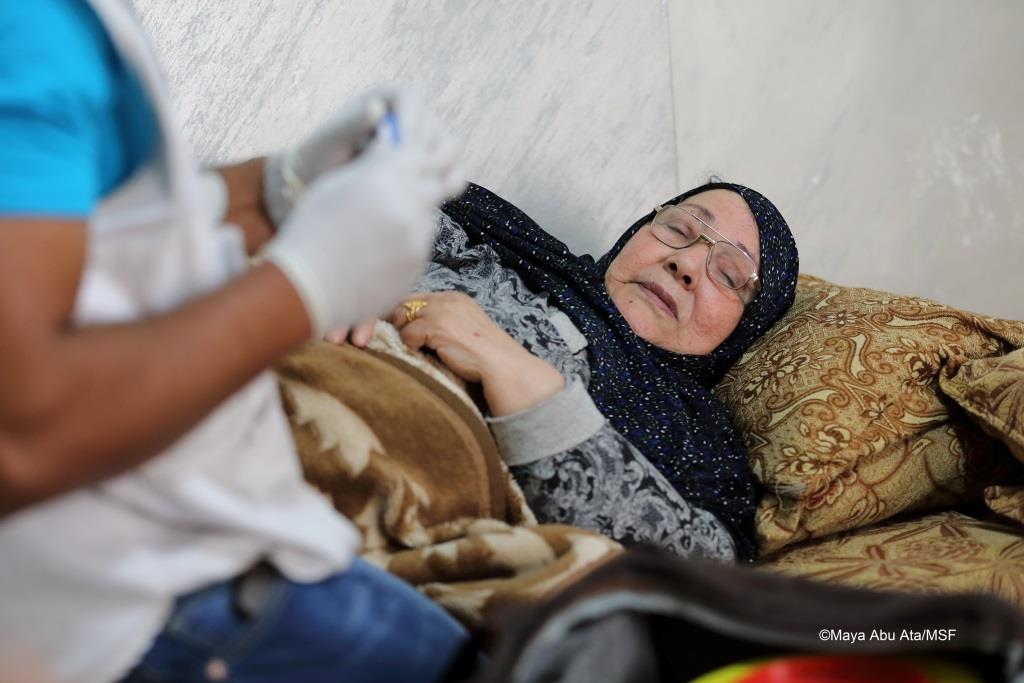 Amman, Jordan, 22 April 2018 - Ahead of the Brussels conference on Syria, international medical humanitarian organisation Doctors without Borders/Médecins Sans Frontières (MSF) urges the international community to scale-up healthcare funding for Syrian refugees in the region. A recent decision in Jordan to increase public health care fees for Syrian refugees could impact their access to healthcare and lead to increased vulnerability, says MSF.

The February cancellation of subsidised healthcare services for Syrian refugees living in Jordan now means they must pay 80% of the ‘foreigner rate’ –a rate which increases the cost of public healthcare by two to five times.

“We are concerned that Syrian families could start to de-prioritise seeking healthcare for themselves or their family members because of other needed living expenses, such as paying rent. As adaptive measures, Syrians may resort to self-medication or other alternative less costly means that could be inadequate or even harmful,” says Brett Davis, MSF’s Head of Mission in Jordan.

Syrians had already been experiencing difficulties in accessing basic healthcare since a previous decision in November 2014 to cancel free healthcare services for Syrians living outside refugee camps in Jordan.

According to a health access survey conducted by MSF in 2016, 30.2% of adults needing medical care reported that they did not approach medical services with the main reason cited as unaffordability. [1]Additionally, the average income per household per month was found to be 239 Jordanian Dinars (JOD) (€272) and 79.3% of households reported being in debt.

This latest change will further exacerbate Syrians’ vulnerability. Through talking to patients enrolled in its programmes, MSF has learned that a number of them are struggling to access healthcare because of the increased fees. “When they'd fall sick, I'd take my daughters to the doctor.  Now, I do not take them because the cost of a doctor's visit has gone up to 9 JOD (€10.24), which I cannot afford,” says Khalida, 38-year old Syrian patient. Some have decided to go straight to pharmacies to avoid a consultation fee “My wife took our child to the clinic but realised that the rate has changed so they went right away to the pharmacy,” says 43-year old Jamil.[2] However, the greatest concern for many is being able to afford emergency healthcare or surgery, such as a caesarian section which now costs over 700JOD (€803).

The policy change has also driven more Syrians towards seeking free-of-charge healthcare as a notable 20% increase in the demand for MSF’s maternity and primary healthcare programmes was seen in March with some patients travelling from further afield to find free services.

Ahead of the Brussels conference, MSF urges the international community to step up and guarantee healthcare funding for non-camp Syrian refugees in Jordan as a priority.

MSF will continue to monitor closely the health situation of the Syrian refugees and their health needs through its free-of-charge medical programmes in the country; its non-communicable diseases projects in Ramtha and Irbid, its maternity and neonatal hospital in Irbid, its mental health programme in Mafraq, primary healthcare support in Ramtha, and reconstructive surgery in Amman.

[1] Cross-sectional household survey among Syrian refugees living outside the refugee camps in Irbid governorate (Northern Jordan) was conducted between May and June 2016; 2,589 households were interviewed.

[2] Names have been changed to protect anonymity