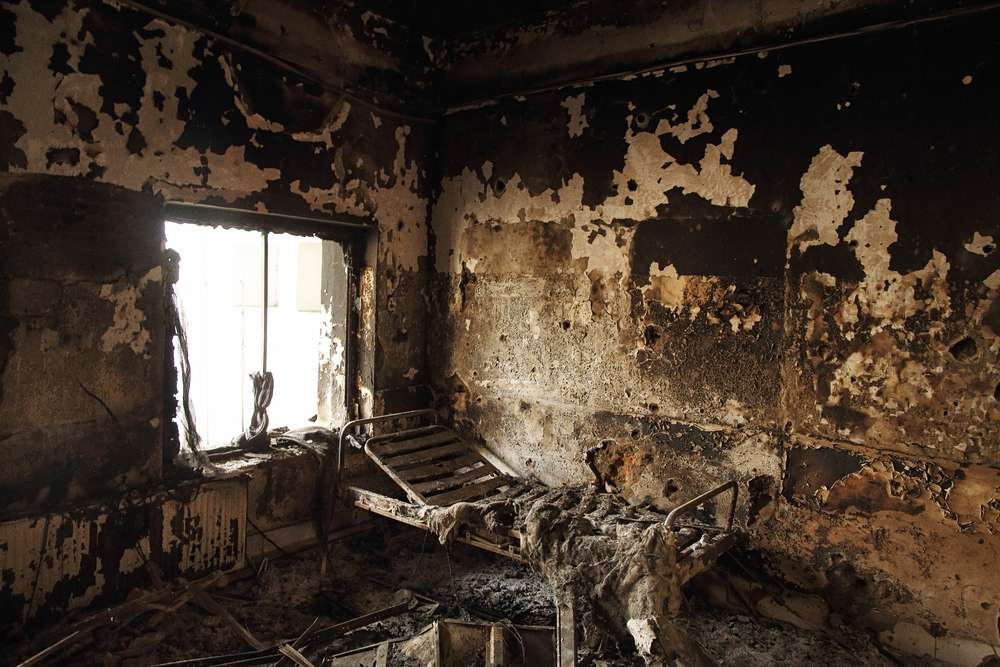 PRESS RELEASE: MSF is urging the US to consent to an international inquiry into the devastating airstrikes on MSF's hospital in Kunduz.

The international medical humanitarian organisation Médecins Sans Frontières/Doctors Without Borders (MSF) today launched a petition urging citizens to call on President Obama and the United States to consent to an independent investigation into the bombing of MSF’s trauma hospital in Kunduz, Afghanistan, on 3 October.

MSF called for an independent investigation by the International Humanitarian Fact-Finding Commission (IHFFC) into the repeated US airstrikes on the hospital, which killed 12 MSF staff members and 10 patients and wounded more than three dozen people.

The IHFFC is the only permanent body set up specifically to investigate violations of international humanitarian law. Now that the IHFFC has formally offered its services, MSF is calling for the United States and the Obama administration to consent to an investigation into the Kunduz hospital bombing. Consent is required before an impartial truth-seeking investigation can be launched.

Read the petition: Tell President Obama to consent to the independent investigation of the Kunduz hospital bombing

The attack completely destroyed the hospital, cutting off access to emergency trauma care for hundreds of thousands of people in northern Afghanistan, representing a grave violation of international humanitarian law.

"Respect for the laws of war is what protects our staff and patients in conflict zones throughout the world," said Jason Cone, executive director of MSF-USA. "There must be an independent and impartial investigation to establish the facts of this horrific attack on our hospital.

“We call on President Obama to consent to the International Humanitarian Fact-Finding Commission investigation without delay.

“Consenting to the inquiry is a critical step for President Obama to demonstrate the US government's commitment to the Geneva conventions, and that US forces recognise and respect medical facilities as protected spaces under international humanitarian law."

The precise GPS coordinates of the four-year-old MSF hospital in Kunduz were provided to US and Afghan authorities in Washington and Kabul in the days prior to the bombing, and the hospital contained nearly 200 patients and staff at the time of the attack.

A room adjacent to the emergency entrance, on the front side of the western wing of the main Outpatient Department building.

Investigations launched by US, NATO and Afghanistan

Investigations have been launched by the US, NATO, and the Afghan government, but it is impossible to expect parties involved in the conflict to carry out independent and impartial investigations of military actions in which they are themselves implicated.

The preservation of health facilities as neutral, protected spaces depends on an independent investigation.

If not for the recognition of these principles, MSF and other humanitarian organisations could not work in conflict zones and other places rife with violence.

MSF could not deliver the medical care so many people desperately need.

MSF’s appeal is neither focused solely on the events in Kunduz nor directed only at the United States.

It is directed at all nations and all parties to conflicts, and it is an opportunity for all to reaffirm their commitment to international humanitarian law, to the right of organizations like MSF to provide medical care independently and impartiality in conflict zones, and to reaffirm the effort to bring at least some humanity to the worst of circumstances, now and in the future.

The petition drive is a global initiative that will also be spearheaded by MSF offices worldwide.

Read the petition: Tell President Obama to consent to the independent investigation of the Kunduz hospital bombing

Find out more about the bombing of MSF's Kunduz hospital