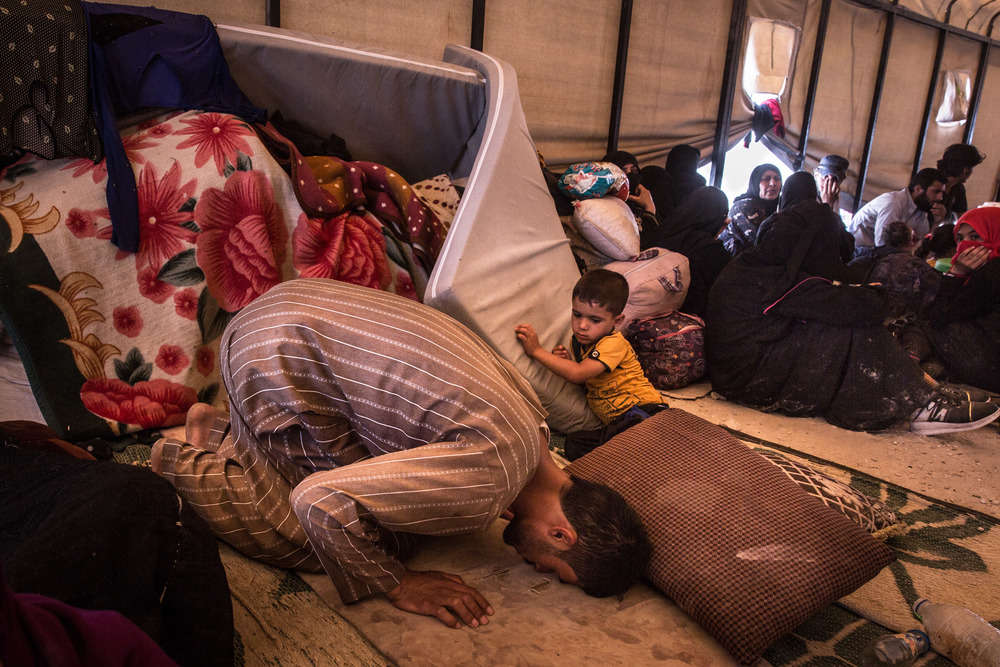 Brussels, 27 November 2017 - In the besieged East Ghouta enclave near Damascus, intense bombing and shelling is resulting in huge numbers of wounded and is creating a disaster for patients in need of medical treatment, says the medical humanitarian organisation Médecins Sans Frontières / Doctors Without Borders (MSF).

From 14 to 26 November, five MSF-supported field hospitals in East Ghouta have responded to 24 mass casualty influxes. Including those mass casualties and other individual admissions, the reported numbers in those medical facilities so far amount to 576 wounded and 69 dead.  This does not represent the total casualty numbers as there are further wounded and dead being reported from facilities that MSF does not regularly support in the area.

“During this period of intense conflict medical care - for men, women and children – is at its most needed. But the services in East Ghouta are stretched beyond their limits. Even those who risk trying to reach a hospital or clinic may find it has reduced services due to the fear of bombing, and many facilities are consuming exceptional amounts of medical supplies that will be difficult to replenish,”

The availability of medical care has reduced due to bombing, shelling and fear of attacks.  A major field hospital in Kafr Batna in East Ghouta that MSF has been supporting from abroad since 2013 was hit on 20 November by two rockets, destroying a water tank and solar panels, causing some damage to the in-patient department and putting one ambulance out of service – but fortunately with no serious injuries of staff or patients.

The medics there suspended their services for two days to enable essential repairs. Another two field hospitals supported by MSF and a supported clinic temporarily suspended their non-emergency services between 15 and 18 November out of fear of exposing medics and patients to being wounded or killed.

Aside from assisting 21 regularly-supported facilities in the area with medical supplies, MSF had built up reserve stocks in the area for distribution at times of critical need. These MSF reserve stocks are now being used up at a fast rate, with some items completely run out and others almost fully depleted, such as blood bags, dextrose IV-fluid pouches, large size examination gloves, iodine and oral paediatric antibiotics.

Most of the facilities MSF is in contact with report being in need of further supplies, not only for treating wounded but also for treating sick patients who constitute the majority of the urgent needs. If these facilities cannot obtain essential medical supplies, treatment options will further reduce putting more critical patients at risk of further deterioration or death.

“The medics we support and their patients need to be safe in hospitals and clinics,”

“But even if people can get to healthcare and can be safe there, without a huge exercise to resupply the area with medical essentials, the medics’ capacity to save lives will be increasingly limited.”

MSF directly operates five health facilities and three mobile clinic teams in northern Syria, has partnerships with five facilities, and provides distance-support to around 70 health facilities countrywide in areas where MSF cannot be directly present. No MSF staff are present in supported facilities. MSF’s activities in Syria do not include areas controlled by the IS group since no assurances about safety and impartiality have been obtained from their leadership, nor can MSF work in government-controlled areas since MSF’s requests for permission have to date not resulted in any access. To assure independence from political pressures, MSF receives no government funding for its work in Syria.