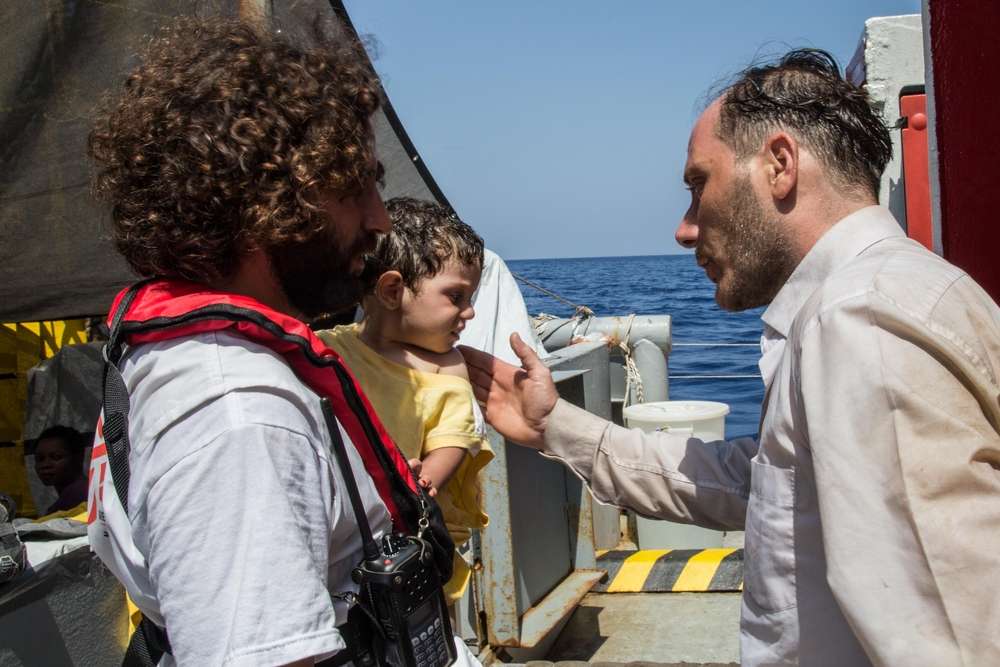 PRESS RELEASE: The latest tragedy in the Mediterranean Sea, in which hundreds of people drowned after a boat carrying up around 600 people capsized, underscores the severe lack of adequate search and rescue operations in the area, says MSF.

The latest tragedy in the Mediterranean Sea, in which hundreds of people drowned after a boat carrying up around 600 people capsized, underscores the severe lack of adequate search and rescue operations in the area, says Médécins Sans Frontières/Doctors Without Borders (MSF).

The wooden boat capsized close to the Libyan shore shortly before the MSF search and rescue ship the Dignity I arrived at the scene.

Heart-stopping footage from yesterday's @MSF_Sea rescue in the #Mediterranean pic.twitter.com/rLiZv8OzLB

MSF initially received a call from Rome's Maritime Rescue Coordination Centre about the wooden boat in distress around 9 am this morning, but while on route was diverted to carry out a rescue of another vessel.

This rescue, of 94 people, was completed around 12.30. The Dignity I then received another call asking for it to continue on to assist the original vessel.

As the Dignity I approached, an Irish boat that arrived first at the scene was already conducting rescue operations as the wooden boat had already capsized.

Around 300 people are believed to have survived.

Drowning in the Mediterranean

“It was a horrific sight, people desperately clinging to lifebelts, boats and anything they could to fighting for their lives, amidst people drowning, and those who had already died,” Juan Matías, MSF project coordinator on the Dignity I.

“The fact that we were first called to assist this boat and then shortly afterwards sent to another one highlights the severe lack of resources available for rescue operations.”

Other rescue ships continued to arrive to the area to assist, and the Dignity I provided medical treatment to ten people, five were in such severe condition that they needed to be evacuated by helicopter.

Alah, five months pregnant, from Syria is examined by an MSF midwife to check if her baby survived the shock when Alah was thrown into the water

The MSF rescue ships Bourbon Argos and MY Phoenix, operated by MOAS, were also deployed.

MSF is also calling for an increase in safe, legal routes to give people fleeing war, conflict and violence, meaningful, accessible alternatives to life-threatening journeys on land and at sea.

MSF UAE’s Head of Programmes, Andre Heller Perache, said: “The majority of people crossing the Mediterranean are fleeing war, conflict and violence – they are running for their lives, and we force them to risk their lives all over again. There are almost no safe, legal ways for people to reach Europe, which forces people to take dangerous journeys on land, and perilous journeys at sea.

“People know the dangers when they board these boats yet our teams have rescued children as young as two-months-old from the Med. Imagine the desperation you would need to feel as a mother or a father to board a dangerously overcrowded boat with such a young child.”

Prior to today´s tragedy, 1,941 people are already believed to have lost their lives attempting to cross the Mediterranean Sea.

MSF began its search and rescue operations in in May, and so far has rescued more than 10,000 people.

Find out more about our work in the Mediterranean