MSF calls for EU leaders to rethink their policies to offer safe and legal ways for people to seek refuge and asylum in Europe.

A crisis of human suffering is being created at Europe’s borders, with thousands of people left with little or no assistance after risking life and limb to reach safety in Europe.

Médecins Sans Frontières / Doctors Without Borders (MSF) warns of the shameful consequences of EU member states ignoring their humanitarian duty and calls on EU leaders to radically rethink their policies to offer safe and legal ways for people to seek refuge and asylum in Europe.

The governments of Italy and Greece also need to show a clear commitment to improve conditions for migrants and asylum seekers arriving at their borders.

Failure of the European Union

“This is an orchestrated humanitarian crisis, created by the failure of the European Union to put in place adequate and humane policies and practices to deal with this issue,” says Aurelie Ponthieu, MSF migration advisor.

“The deteriorating situation is not due to unmanageable numbers of migrants and refugees. It is a direct result of chronic shortcomings in the European Union’s policies in handling the new arrivals.

"Member states spend their time talking about closing borders, building fences, and issuing threatening ultimatums to each other. That will not stop people coming, and will just undermine any collaborative efforts to assist people in need.” 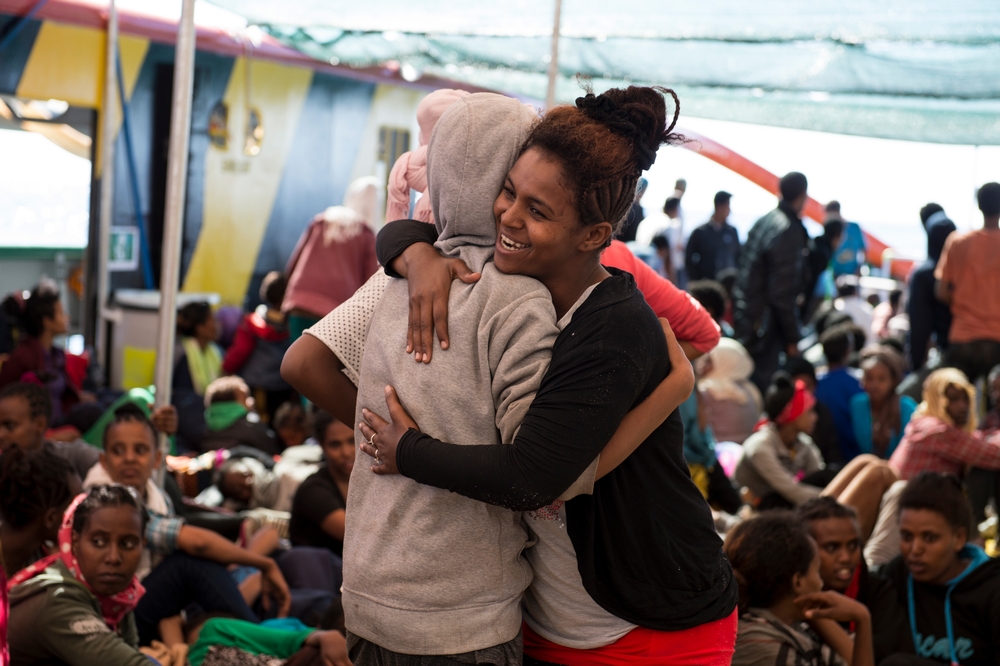 Two rescued woman hug each other after being rescued by the Bourbon Argos on 13 May.

Even more shamefully, in the face of extreme suffering, key Member States have taken a more hardline stance: France and Austria reinforced border controls; Italy threatened to prevent foreign boats from disembarking migrants; and Hungary announced a wall on its border with Serbia.

MSF’s medical data from its projects for migrants in Italy and Greece show the majority of medical conditions are due to poor reception conditions, as well as wounds and trauma suffered on the long and dangerous journeys.

Because health needs are not being addressed adequately by the authorities, MSF provides medical services and mental health support.

"Urgent action should be taken to allow asylum seekers entering though EU’s southern borders to get the assistance and protection they are entitled to according to EU directives,” says Loris de Filippi, President of MSF Italy.

In Italy, where the number of new arrivals is similar to the one during the same period last year, the reception system is under strain and will collapse in the next few weeks if no action is taken.

Reception centres in Sicily struggle to provide adequate and humane reception conditions while hundreds of refugees in transit are massing in informal settlements in Italy’s main cities and at the French border in Ventimiglia, where MSF launched a short intervention to respond to basic needs. 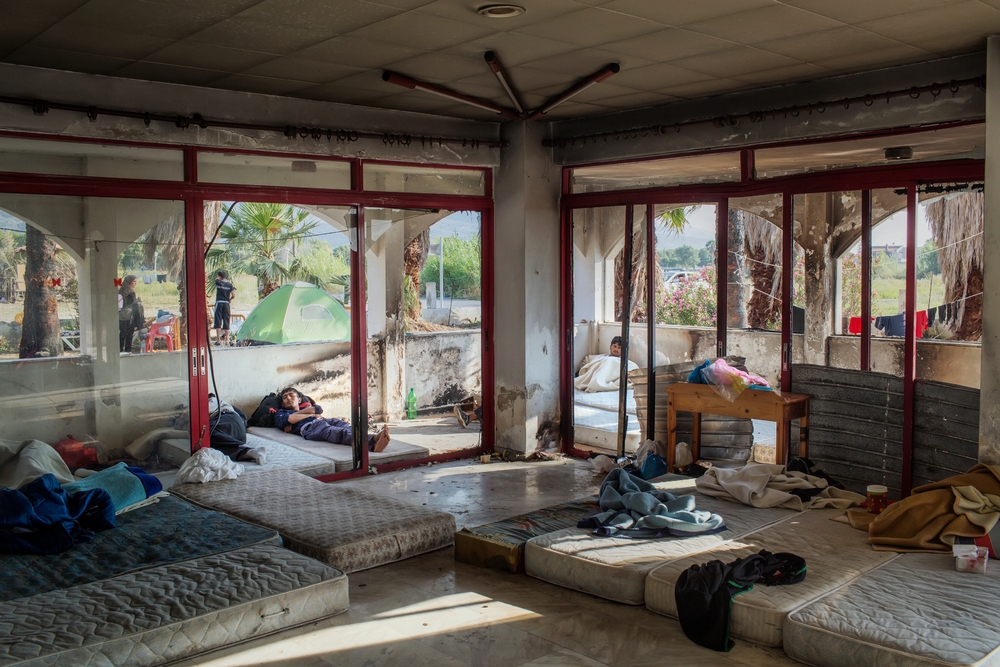 Greece is dealing with a significant increase in refugee arrivals but the reception system is almost non-existent and conditions are increasingly worrying.

On Kos island, MSF is the only organisation providing medical care and improving living conditions inside the Captain Elias camp – a dilapidated building which is the only place made available by authorities for refugees and migrants to stay while awaiting permission from the police to leave the island, which can take several weeks.

Following the death of over 1,800 people this year, the funding for Search and Rescue at sea has finally tripled over the past month. However, very little is done to provide assistance and proper reception conditions.

“We want to see the same determination to put in place dignified and humane reception conditions in Europe,” says Aurelie Ponthieu.

"Instead of arguing over solidarity amongst member states, it is time for the EU to take concrete action in helping the people fleeing terrible humanitarian crises and to agree on policies that are effective, humane and based on compassion for people, rather than a hostile discourse of institutional rejection.”

Read more about our work in the Mediterranean