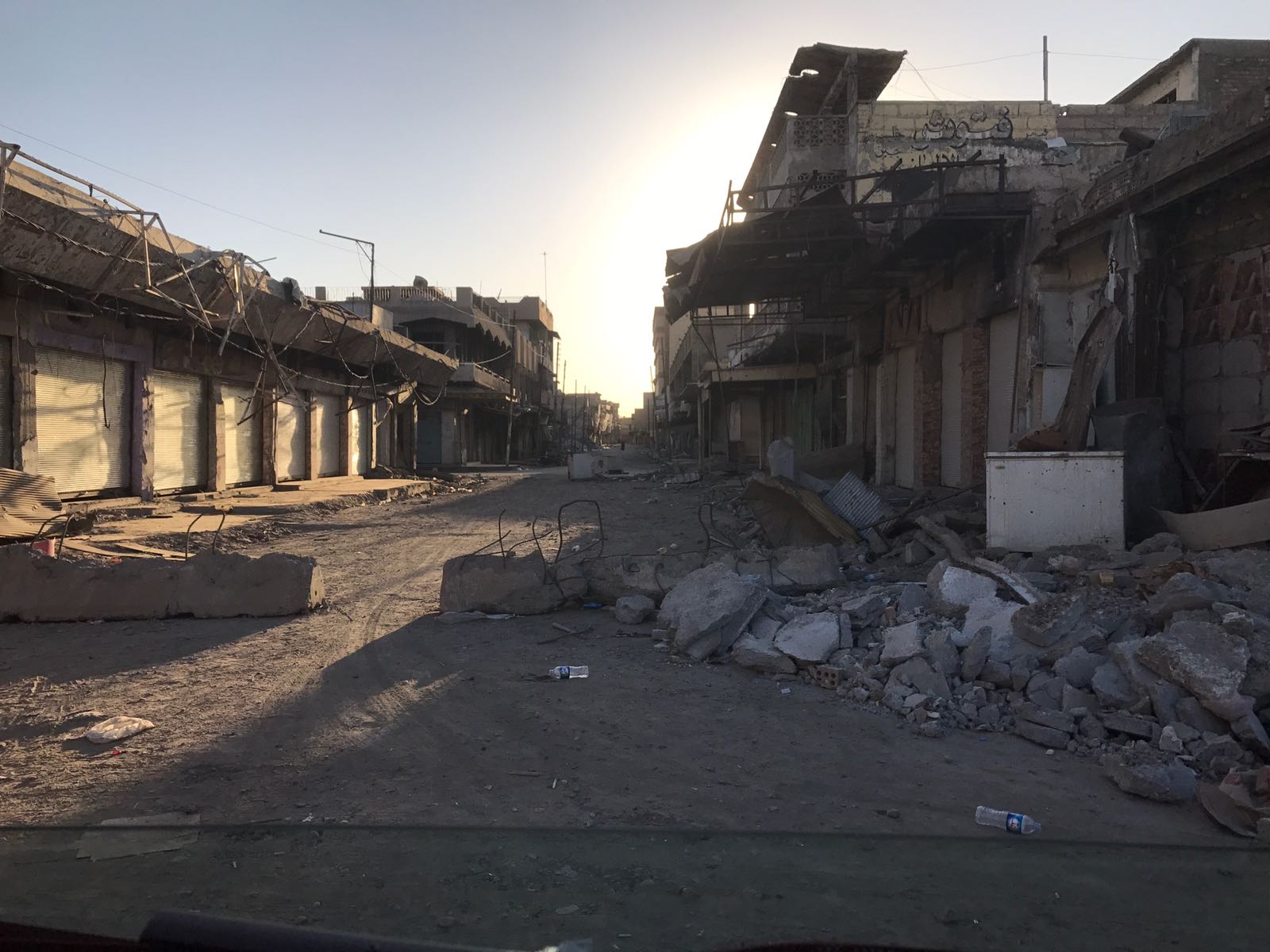 Iraqis are returning home in Mosul after years of violence to find their houses rigged with explosive devices and their cities uninhabitable, according to MSF.

16 October 2017 – Iraqis are returning home in Mosul after years of violence to find their houses rigged with explosive devices and their cities uninhabitable, according to international medical organisation Médecins Sans Frontières/Doctors Without Borders (MSF). The destruction of buildings and infrastructure means that returning families, particularly in West Mosul, end up living in partially or totally ruined homes, with almost no access to clean water, electricity or medical care.

“What we see in our medical facilities are tell-tale signs of the living conditions outside,”

says Myriam Berger, Project Coordinator for MSF in the West Mosul, which was the scene of a fierce battle between the so-called Islamic State and Iraqi coalition forces earlier this year.

“Until recently we were still receiving war-related injuries, but as more people begin to return home, we are seeing a stark increase in patients suffering from intestinal infections after drinking dirty water, and food poisoning due to lack of electricity and gas for refrigeration and cooking. Children especially are developing skin problems and rashes due to lack of hygiene and after playing in sewage water around burst pipes.”

Unexploded ordnance and booby-traps have killed and wounded returnees. In recent days, two teenage boys from a family of five were killed as they tried to move a rocket that was rigged up to explode in their living room in West Mosul. Elsewhere in the city, a toddler was killed instantly and her older brother injured when she picked up a toy full of explosives. The family had just returned home for the first time since fighting ended in West Mosul.

MSF medical teams are also treating an increasing number of patients for scorpion stings and snake bites, as people return to homes with broken pipes and damaged septic tanks. A number of children have been treated for trauma injuries after falling off roofs onto blocks of cement and exposed iron.

With many health facilities still destroyed, and roads and bridges damaged and unusable, people’s access to health services is severely limited. Those in need of basic medical care are often forced to delay their trips to the few operating health centres, to the point where minor health issues are aggravated into serious life-threatening problems. At the same time, the few operating ambulances face major delays en route to patients when they become stuck in traffic or are forced to take long detours.

“For many people, the long-anticipated return home is turning sour as they find themselves faced with daunting levels of destruction and seemingly endless misery,”

“For people drained by years of violence in Iraq, this is yet another hurdle they need to overcome.”

Despite all of these difficulties, shops and businesses in Mosul are slowly starting to reopen, even in half-destroyed buildings. Cement trucks are beginning to be seen on the streets, and neighbours are working together to rebuild their neighbourhoods, house by house.