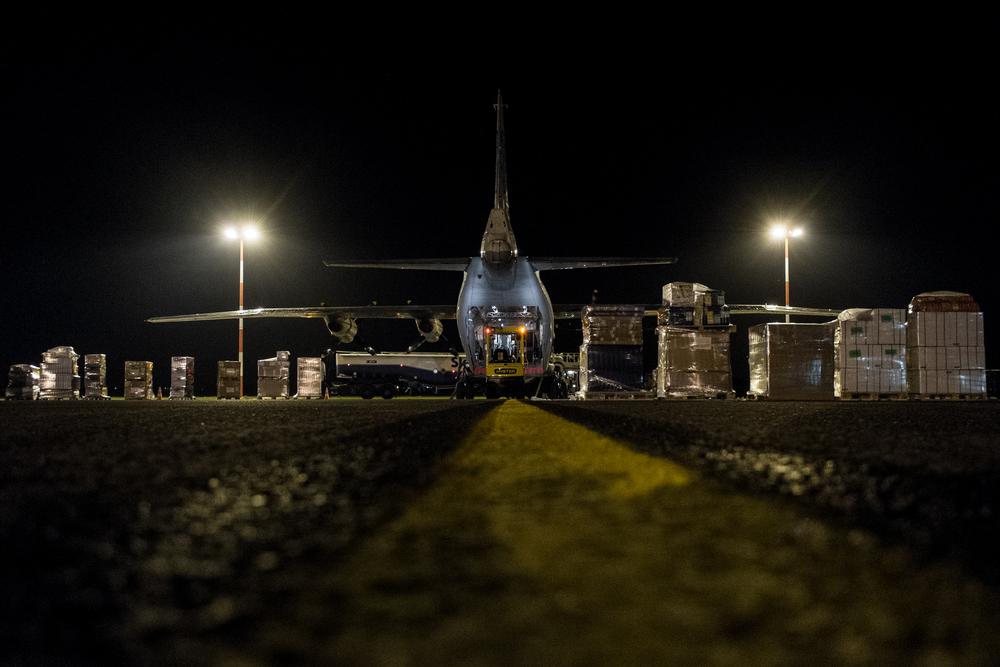 MSF’s emergency teams reached the Philippines on Saturday 9th November, and there are now 20 international staff on the ground.

In the coming days, they’ll be joined by 80 to 90 more specialists including doctors, nurses, surgeons, water and sanitation engineers and psychologists.

The teams, which include British personnel, will be exploring the affected area by helicopter and speedboat to make sure aid reaches those who need it most.

Aid on the way

Aid is already on the way – cargo planes took off from Ostend in Belgium and from Dubai yesterday carrying hundreds of tonnes of medical relief and humanitarian aid.

Photographs of this emergency equipment taking off from Ostend are attached, with more available from the MSF press office.

“This is a horrendous disaster, and the relief effort is proving a real challenge. We're really concerned about the people there, forced into pure survival mode during these first days.

"Food, shelter and medical care are obvious priorities.  As a medical organisation, we're also worried about clean water - there's a real risk of disease spreading through contaminated sources and our teams will be looking to address this as a matter of urgency.

“Aid is already on its way but our teams are reporting that the conditions on the ground are incredibly challenging. Weather conditions are preventing them from getting to where aid is needed.

"The city of Tacloban has been devastated, and there are hundreds of other town and villages that were in the path of the typhoon and have not yet been reached.

"The magnitude of this disaster will quickly deplete our emergency funds. We’ve launched a fundraising appeal to make sure help gets to those who need it most."

“Usually, in these types of disasters, the main needs are related to people being displaced from their homes, and the injuries are relatively minor – cuts, broken bones, head wounds.

"But with so many houses and buildings having collapsed because of the strong winds, we’re expecting to see some significant injuries.

“Injured people have converged on Tacloban airport, where the Philippines military is providing medical care.

"But they’re under intense pressure, particularly for drugs and supplies, so we will set up a medical team there to support them.

"People are bringing the injured to the airport from the town by motorbike or on foot, because the roads are blocked with debris – it’s a six-hour walk.

“As we are able to get more staff into the disaster areas, MSF will move outwards from Tacloban town to the surrounding region and islands.

"This includes Eastern Samar, which we will need to reach with mobile teams on speed boats and barges, so that we can provide medical treatment and supplies for people along the coastlines.”

For pictures of the emergency shipment, or for more information, call Sophie-Jane Madden at MSF UAE on 0207 067 4217.

Find out more about MSF's response to Typhoon Haiyan