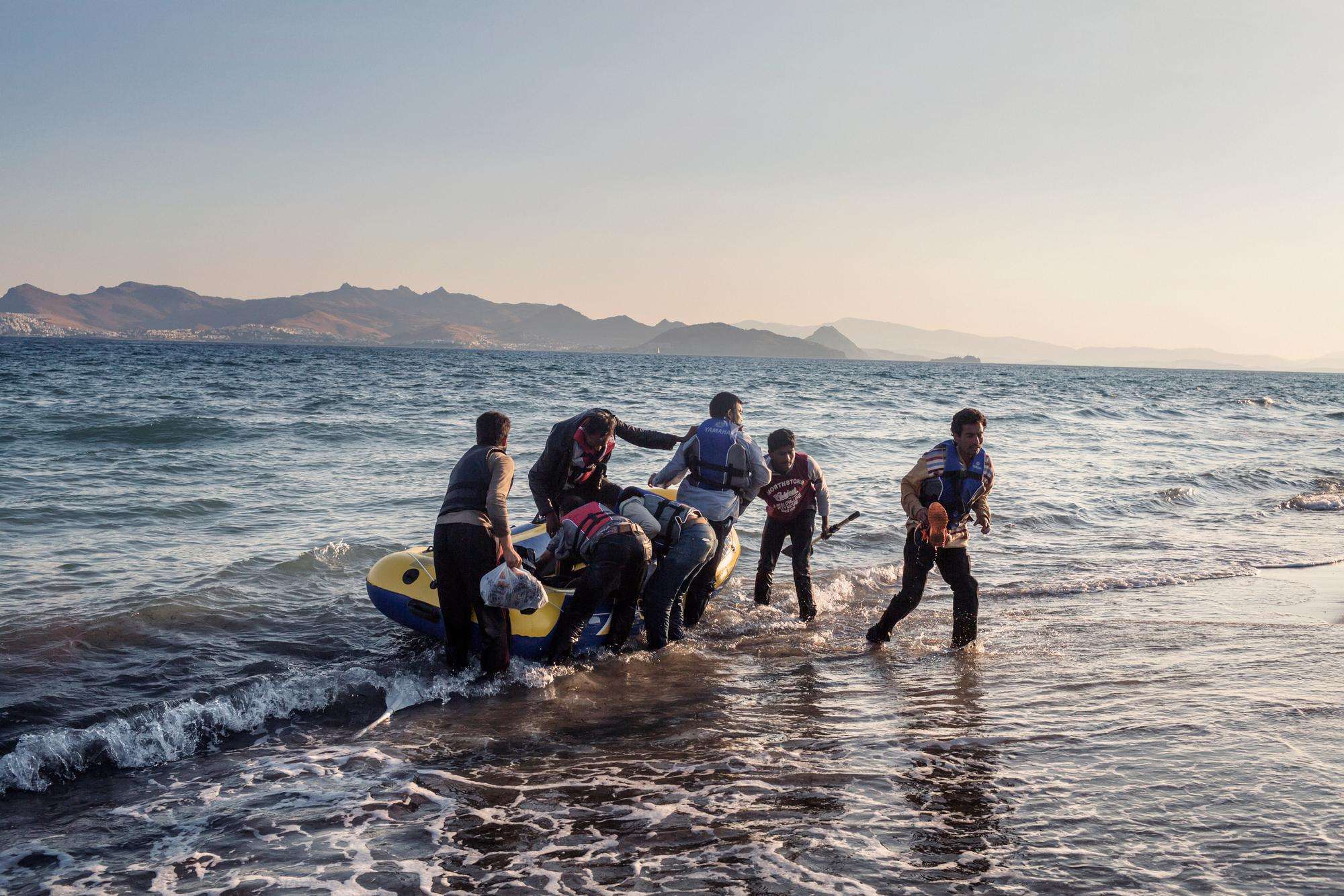 The medical humanitarian organisation Médecins Sans Frontières/Doctors Without Borders (MSF) has today announced that it will no longer accept funds from the European Union and Member States, in opposition to their damaging deterrence policies and continued attempts to push people and their suffering away from European shores.

This decision will take effect immediately and will apply to MSF’s projects worldwide.

Three months into the EU-Turkey deal, which European governments are hailing as a success, people in need of protection are left counting its true human cost.

On the Greek Islands, more than 8,000 people, including hundreds of unaccompanied minors, have been stranded as a direct consequence of the EU-Turkey deal.

They have been living in dire conditions, in overcrowded camps, sometimes for months. They fear a forced return to Turkey yet are deprived of essential legal aid, their one defense against collective expulsion.

The majority of these families, whom Europe has legislated out of sight, have fled conflict in Syria, Iraq and Afghanistan.

“For months MSF has spoken out about a shameful European response focused on deterrence rather than providing people with the assistance and protection they need,” said Jerome Oberreit, International Secretary General of MSF. “The EU-Turkey deal goes one step further and has placed the very concept of 'refugee' and the protection it offers in danger.”

Last week the European Commission unveiled a new proposal to replicate the EU-Turkey logic across more than 16 countries in Africa and the Middle East.

These deals would impose trade and development aid sanctions on countries that do not stem migration to Europe or facilitate forcible returns, rewarding those that do. Among these potential partners are Somalia, Eritrea, Sudan and Afghanistan – four of the top ten* refugee generating countries.

“Is Europe’s only offer to refugees that they stay in countries they are desperate to flee? Once again, Europe’s main focus is not on how well people will be protected, but on how efficiently they are kept away,” said Oberreit.

An Afghan refugee wears a rubbish bag to keep himself dry during a rainstorm at the Moria Reception Centre on Lesbos, October 2015.

The EU-Turkey deal sets a dangerous precedent for other countries hosting refugees, sending a message that caring for people forced from their homes is optional and that they can buy their way out of providing asylum.

Likewise, the deal does nothing to encourage countries surrounding Syria, already hosting millions of refugees, to open their borders to those in need.

“Europe’s attempt to outsource migration control is having a domino effect, with closed borders stretching all the way back to Syria. People increasingly have nowhere to turn,” said Oberreit. “Will the situation in Azaz where 100,000 people are blocked between closed borders and front lines become the rule, rather than the deadly exception?

"Nothing remotely humanitarian about these policies"

The EU-Turkey deal’s financial package includes one billion euros in humanitarian aid. There are undoubtedly needs in Turkey, a country which currently hosts close to three million Syrian refugees, but this aid has been negotiated as a reward for border control promises, rather than being based solely on needs. This instrumentalisation of humanitarian aid is unacceptable.

“Deterrence policies sold to the public as humanitarian solutions have only exacerbated the suffering of people in need. There is nothing remotely humanitarian about these policies. It cannot become the norm and must be challenged,” said Oberreit.

“MSF will not receive funding from institutions and governments whose policies do so much harm. We are calling on European governments to shift priorities - rather than maximising the number of people they can push back, they must maximise the number they welcome and protect.”

Guillaume Binet/MYOP
Idomeni transit camp, on the border of Greece and FYROM, shortly before refugees were evicted in late May.