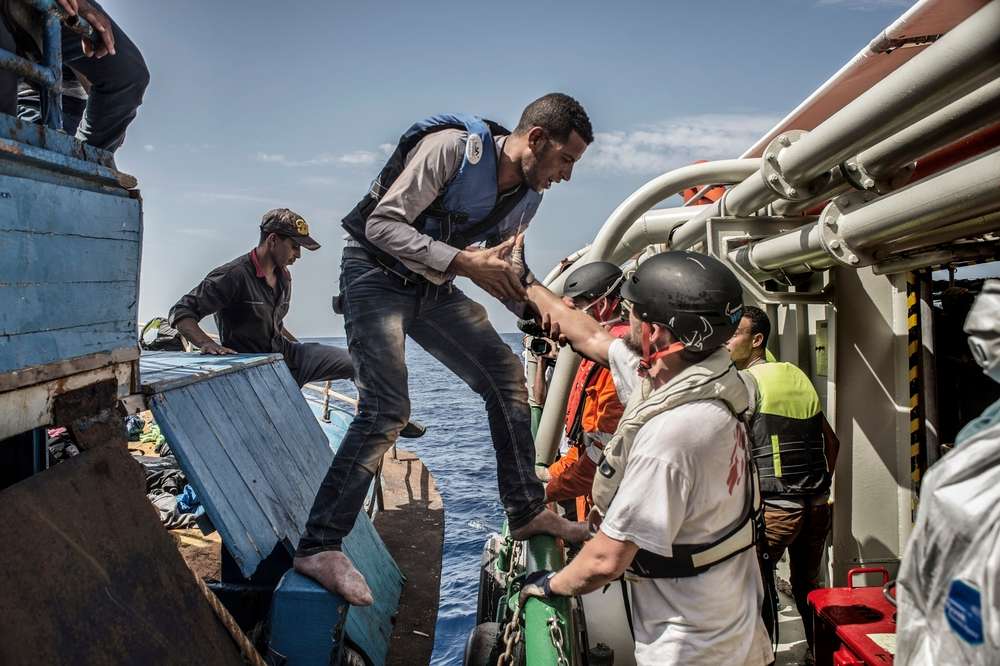 MSF to pull out of World Humanitarian Summit

With regret, we have come to the decision to pull out of the World Humanitarian Summit. We no longer have any hope that the WHS will address the weaknesses in humanitarian action and emergency response, particularly in conflict areas or epidemic situations.

This was in violation of the most fundamental rules of war which gives protected status to medical facilities and its patients, regardless if the patients are civilians or wounded combatants.

Beyond the hospitals, civilians are being wounded and killed by indiscriminate warfare in Syria, Yemen, South Sudan, Afghanistan and elsewhere. At the same time, the treatment of refugees and migrants in Europe and beyond has shown a shocking lack of humanity.

A humanitarian summit, at which states, UN agencies and non-governmental organisations come together to discuss these urgent issues, has never been more needed.

So the World Humanitarian Summit (WHS) this month could have been a perfect opportunity.

MSF has been significantly engaged in the WHS process over the past 18 months, including preparing briefing notes on various themes – a sign of our willingness to be involved. The WHS has done an admirable job in opening up the humanitarian sector to a much wider group of actors, and leading an inclusive process.

However, with regret, we have come to the decision to pull out of the summit. We no longer have any hope that the WHS will address the weaknesses in humanitarian action and emergency response, particularly in conflict areas or epidemic situations.

Instead, the WHS’s focus would seem to be an incorporation of humanitarian assistance into a broader development and resilience agenda. Further, the summit neglects to reinforce the obligations of states to uphold and implement the humanitarian and refugee laws which they have signed up to.

As shocking violations of international humanitarian law and refugee rights continue on a daily basis, WHS participants will be pressed to a consensus on non-specific, good intentions to ‘uphold norms’ and ‘end needs’.  The summit has become a fig-leaf of good intentions, allowing these systematic violations, by states above all, to be ignored.

"The treatment of refugees and migrants in Europe and beyond has shown a shocking lack of humanity."

"The humanitarian system that vowed to save lives, alleviate suffering and protect human dignity is not prepared to address its shortcomings and improve its response to the most acute needs in the most complex situations.

"States increasingly and shamelessly brush aside legal frameworks that once ensured a minimum of hope and humanity for the people caught in crises and war and for those fleeing violence and despair.

"The WHS could have been an opportunity to address these vital issues but has failed to do so. For these reasons, and with considerable disappointment as we spent 18 months preparing to attend, MSF has decided to pull out of the WHS."

Summit participants, whether states or UN agencies or non-governmental organisations, will be asked to declare new and ambitious “commitments”.

But putting states on the same level as non-governmental organisations and UN agencies, which have no such powers or obligations, the Summit will minimise the responsibility of states.

In addition, the non-binding nature of the commitments means that very few actors will sign up to any commitments they haven’t previously committed to.

We hoped that the WHS would advance these vital access and protection issues, reinforcing the role for independent and impartial humanitarian aid, and putting particular attention on the need to improve emergency response.

Unfortunately it has failed to do so, instead focusing on its ambitions to “do aid differently” and “end need”, fine-sounding words which threaten to dissolve humanitarian assistance into wider development, peace-building and political agendas.

John Moore/Getty Images
"We can no longer see how the WHS will help the humanitarian sector to address recurring disease outbreaks."

We can no longer see how the WHS will help the humanitarian sector to address the massive needs caused by continuing violence against patients and medical staff in Syria, Yemen and South Sudan; by civilians intent on fleeing being blocked at borders in Jordan, Turkey and Macedonia; by the inhumane treatment of refugees and migrants desperately trying to find safe haven in Greece and Australia; by the serious gaps we faced during the response to the Ebola epidemic, repeated again, albeit on a smaller scale, in the yellow fever epidemic in Angola today; by the serious restrictions placed by some states on humanitarian access, denying people basic services; and by the continuing lack of effective mobilisation to address recurring disease outbreaks in Democratic Republic of Congo.In all of these situations, the responsibilities of states in their making, and the diminished capacity of the humanitarian system to respond causing yet more suffering and death, will go unaddressed.

For these reasons, and with considerable disappointment, MSF has decided to pull out of the World Humanitarian Summit.