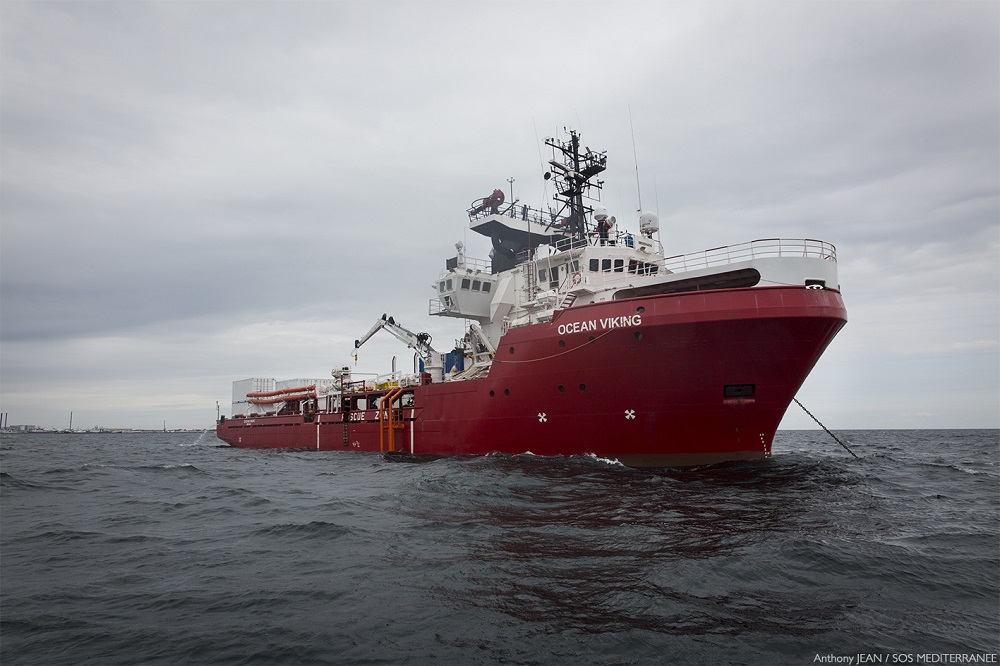 MSF resumes search and rescue amid deteriorating conditions in Libya

AMSTERDAM – Médecins Sans Frontières (MSF) announces the resumption of lifesaving search and rescue operations in the Central Mediterranean, and condemns the criminal inaction of European governments.

The return to sea comes after a sustained two-year campaign by EU governments to stop virtually all humanitarian action at sea, and the normalisation of vindictive policies that have caused deaths at sea and suffering in conflict-ridden Libya.

“Politicians would have you believe that the deaths of hundreds of people at sea, and the suffering of thousands of refugees and migrants trapped in Libya, are the acceptable price of attempts to control migration,” said Sam Turner, MSF Head of Mission for Search and Rescue and Libya. “The cold reality is that while they herald the end of the so-called European migration crisis, they are knowingly turning a blind eye to the humanitarian crisis these policies perpetuate in Libya and at sea.”

“These deaths and suffering are preventable, and as long as it continues, we refuse to sit idle,” Turner said.

Operating in partnership with SOS MEDITERRANEE, the new ship Ocean Viking will sail to the Central Mediterranean Sea at the end of the month.

With almost no humanitarian vessels left in the Central Mediterranean, and the last vestiges of European search and rescue capacity recklessly abandoned, this sea crossing is the world’s most deadly migration route.

Already this year, at least 426 men, women and children have died attempting the crossing, 82 of them in one shipwreck alone just over two weeks ago. Additionally, commercial ships are in an untenable position, stuck between the duty to rescue and the risk to be stranded at sea for weeks due to the closure of Italian ports and the inability of EU States to agree on a disembarkation mechanism.

Fighting has raged around Libya’s capital Tripoli for over three months, displacing over 100,000 people and trapping refugees and migrants in detention centres. Exposed to the conflict, those locked up and unable to flee are fearing for their lives as successive attacks have left around 60 people dead.

Humanitarian evacuations out of the country remain piecemeal and inadequate, leaving the potentially deadly crossing across the sea as one of the only possible escape routes.

Meanwhile, European governments are violating the very legal obligations and humanitarian principles they signed up to by increasingly supporting the Libyan Coastguard to forcibly return vulnerable people back to Libya; in some cases to the very same detention centres where people trapped inside are shot at or subject to airstrikes, as witnessed in the most recent example of Tajoura detention centre.

“Our presence at sea is to save lives – that’s the bottom line. But we will not be silent while vulnerable people suffer,” said Turner. “European leaders’ condemnation of the killings of vulnerable refugees and migrants in Libya must be met with the resumption of official search and rescue operations, disembarkation in places of safety and the immediate evacuation and closure of all detention centres.”

“The hypocrisy of increased support for interceptions at sea, and forced return of people to these same places where these atrocities are happening, suggests these may be merely empty words of superficial sympathy,” said Turner.

As long as EU governments fail to take their responsibility for search and rescue operations, and as long people continue to flee Libya, humanitarian vessels will be needed in the Mediterranean. For MSF, where our work is governed by humanitarian principles, it would be unconscionable not to try to prevent people from drowning and to take them to a safe place, where those in need of international protection can seek asylum with the relevant authorities, as required.

About Ocean Viking:
•  Ocean Viking is a Norwegian owned ship with a Norwegian flag.
•  It is an offshore supply vessel that was originally conceived for rescues, as an Emergency Response and Rescue Vessel (ERRV) - a stand-by offshore vessel ready for rescuing a large number of oil workers from oil platforms in case of an accident and mass casualties.
•  Built in 1986, it is 69 metres in length and the beam (width) is 15.5 metres. It is fully equipped to perform search and rescue with four high speed rescue boats, as well as a medical clinic with consultation, triage and recovery rooms. The ship can take up to 200 survivors on board.
•  The MSF team who are in charge of the medical and humanitarian needs of the rescued people on board consist of nine people: four medics (one doctor, two nurses, one midwife), a logistician, one Cultural Mediator, a Humanitarian Affairs Officer, a Field Communications Manager and a Project Coordinator who leads the team.
•  The SOS MEDITERRANEE team, who are in charge of the search and rescue, consists of 12 people, and are led by the Search and Rescue Coordinator. Then there are a further nine people who are part of the ship’s marine crew and are employed by the ship owner.