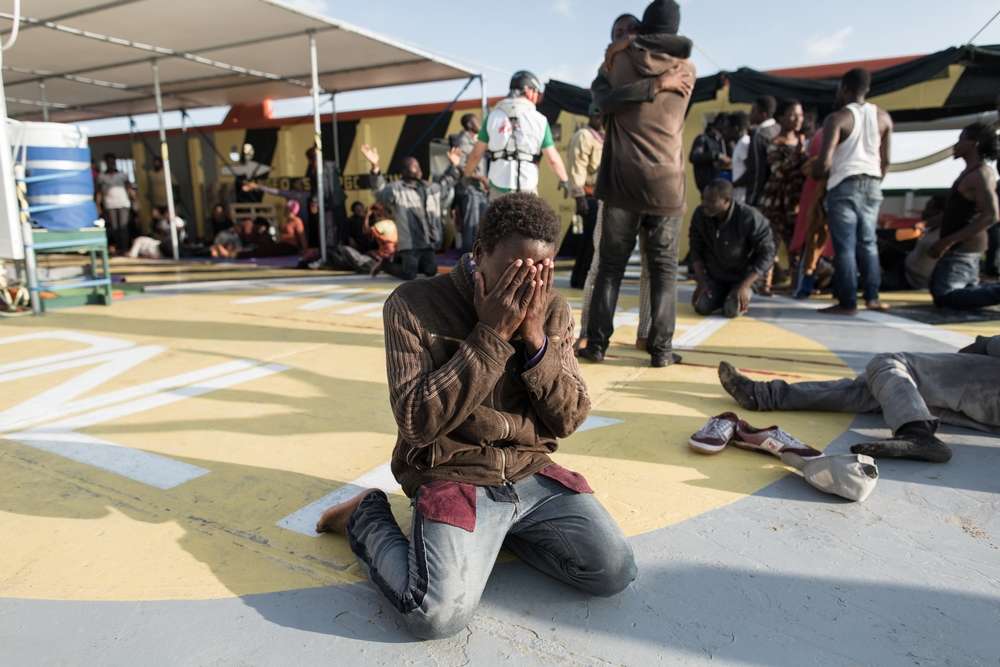 MSF UK Director: We strongly condemn UK pressure to push refugees back to Libya with gunboats

MSF today strongly condemns the UK plan to use gunboats to force would-be refugees back to Libya. The director of MSF in the UK, Vickie Hawkins, made this statement in response.

Medecins Sans Frontieres/Doctors Without Borders (MSF) today strongly condemns the UK plan to use gunboats to force would-be refugees back to Libya. The director of MSF in the UK, Vickie Hawkins, made the following statement in response:

“The European agreement due to be announced today to forcibly expel refugees and migrants arriving in Greece back to Turkey was concerning enough.

But in the wake of this ugly and illegal arrangement, David Cameron yesterday pressed the EU to adopt even stronger deterrence policies, not only pushing refugees back to Turkey, but also back to Libya.

The UK Foreign Office understands exactly how horrendous the situation is in Libya, a nation of extreme violence and instability, torn between four warring parties including an affiliate of Islamic State.

Their own advice details high risks of terrorism, murder and kidnapping, describing a ‘dangerous security situation across the country’ and urges against all travel there.

How is it then acceptable to push people trying to escape the country back using British gunships?

Last year MSF operated three rescue boats in the Mediterranean. Ninety-two percent of our patients fleeing Libya by boat reported having directly experienced violence in the country, while 100 percent witnessed extreme violence against refugees and migrants including beatings, murders and sexual violence.

Despite David Cameron claiming pushing back boats targets the smuggling trade, in reality the UK would be complicit in abandoning people to this regime of abuse and violence.

People have a legal right to flee for their lives, and will continue to do so as long as conflict, violence and destitution leaves them no alternative option.

All of the deterrence methods deployed to date have proven ineffective and only exacerbate the misery and human suffering.

No man, woman or child that has been subjected to the horrifying situation in Libya should then be refused the right to have their claim to safety heard and judged on its merits.

A boy tries to console his younger brother on MSF's Phoenix search and rescue boat after a rescue off the coast of Libya.

The only solution for this ‘crisis’ that would not lead to an unacceptable level of suffering is to massively and urgently increase the proper management of refugee claims across Europe, and for all governments, including the UK, to uphold their legal and moral responsibilities.

In the wake of the devastation of WWII, European countries came together to welcome refugees, providing them with safe havens.

The UK led the way in establishing international humanitarian principles. The fact that 70 years later Britain’s leader and representative is willing to deploy warships to push desperate people back to a war-torn country shames our nation and our values."

Find out more about our work in Libya