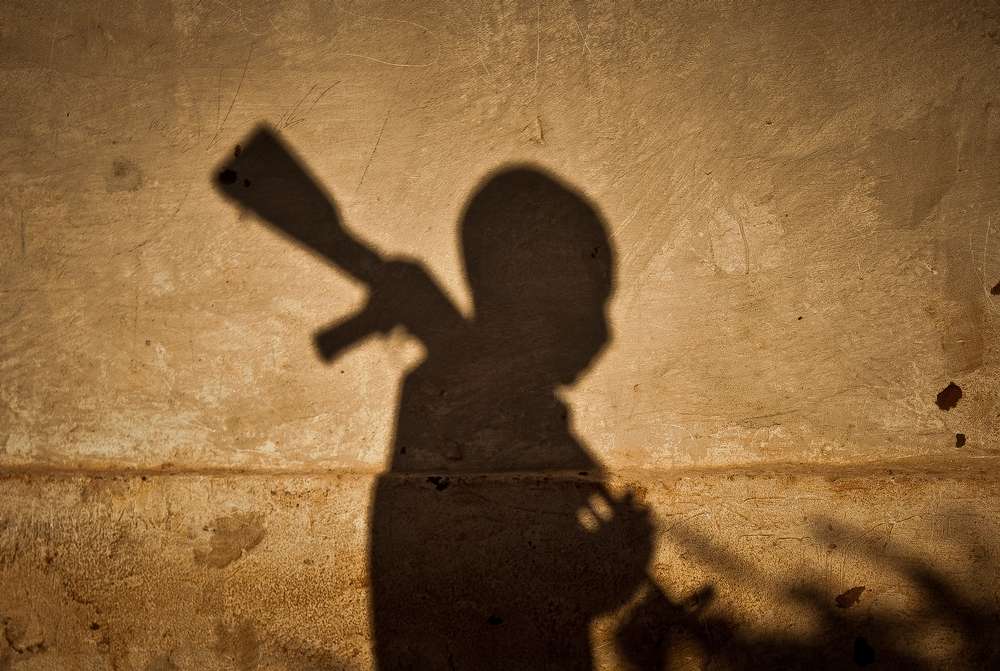 Opinion and debate: From ‘R2P’ to peacekeepers on steroids

Opinion and debate: Senior Humanitarian Specialist Michiel Hofman argues that the 'responsibility to protect' doctrine has made it very difficult for independent aid agencies to explain that their actions are not a part of a military-humanitarian enterprise.

From its early roots of the 1992 ‘shoot to feed’ intervention by US forces in Somalia, humanitarian aid organisations always had an uneasy relationship with military involvement in delivery of aid.

The spectacular failure of the Somalia military intervention, edged into the collective consciousness by the picture of a dead American marine being dragged through the streets in Mogadishu, temporarily tempered enthusiasm for military interventions on a humanitarian argument.

International military involvement was limited to ‘hands off’ type peacekeeping missions, never engaging or interfering in the local conflicts they were deployed to.

The genocide in Rwanda in 1994 and the massacre in Srebrenica in 1995, in both cases involving a UN peacekeeping force unable or unwilling to intervene, changed attitudes towards this type of non-interventionist peace keeping model.

A new international consensus on military interventions was pioneered by NATO in Kosovo in 1998, as they were looking for a new role as the cold war had ended.

The aerial bombardment of Serbian targets, followed by a military invasion into Kosovo, was justified entirely on humanitarian grounds, going as far as one politician even calling the bombing of Belgrade a ‘humanitarian campaign’.

Although the language around following interventions was less focused on a general humanitarian argument, focusing the justification more on ‘protection of civilians’, the doctrine was set.

The concept was called ‘R2P’, text speak for ‘Responsibility to Protect’, formally adopted by the United Nations general assembly in 2005.

MSF has been most vocal in its objections to the humanitarian justification being used in the ‘R2P’ doctrine, arguing exceptionalism of the humanitarian imperative from these tools of international politics.

The main objection is roughly based on the incompatibility of taking lives in order to save lives.

As a purely military doctrine to ensure the objective of protection of civilians, this extended authorisation can hardly be criticised.

The unease of humanitarian organisations came in, when at the same time the United Nations introduced the concept of ‘Integrated Missions’ adopted as its default model in every conflict situation in 2008.

This means that the UN humanitarian and relief work should support longer term political objectives like stabilisation and state building, if necessary in conjunction with a – now more aggressive - military peace keeping operation.

On the one hand, security and stability are desired preconditions to deliver aid, and many populations are deprived of basic services simply because it’s too dangerous to deliver it.

On the other hand, to use military to deliver aid makes the aid worker and its beneficiaries a target to those who oppose this military force.

MSF has also been vocal in its objections to integrated missions, arguing that this leads to humanitarian priorities being set according to a political agenda, rather than solely based on needs.

For a while, the military component of these integrated missions were less relevant as the international politics was dominated by two major conflicts, Iraq and Afghanistan, in both cases with a military force intervening without UN authorisation, with a clear belligerent mandate.

In both cases the UN did adopt an integrated mission on the political side, which included supporting the newly installed governments in both countries, a fact that did not go unnoticed by the opposition forces ousted by the international military intervention.

In both Iraq and Afghanistan, the United Nations and all its agencies, became a military target for armed opposition groups.

Ton Koene
No weapons are allowed at Ahmed Shah Baba hospital, in east Kabul, where MSF supports Ministry of Health staff to serve a growing population of around 300,000 inhabitants.

In other on-going conflicts, the combination of the notions ‘R2P’ and ‘Integrated Mission’ did translate into action with highly active UN peace keeping forces, or where the UN mandates belligerent regional forces as is the case in Somalia.

The ‘clear, hold, build’ strategy re-introduced by the military in Iraq and Afghanistan is largely a counter insurgency technique conceived by the French military in the Algerian colonial war during the fifties, and perfected by the US army in Vietnam in the sixties and seventies (MEDCAP).

This concept has now also become a United Nations paradigm for engaging in weak or failed states.

The first three resolutions by the Security Council in 2013, authorising peace keeping forces, have given far reaching mandates, including the right to pro-actively engage militarily against armed groups that oppose the governments supported by the UN political missions.

On 6th March 2013 resolution 2093 was adopted, extending and authorising a military force from the African Union (AMISOM) to use ‘all necessary measures’ in ‘coordination with the Security Forces of the Federal Government of Somalia’.

The same resolution also tasks these AMISOM forces to ‘provide security, escort and protection services to personnel from the international community, including the United Nations’.

It did not take long for the United Nations to pay the price for this decision. As required by the resolution (2093), the UN had set up a country office in the capital, with the United Nations Development Programme (UNDP) in the lead, functioning in a typical ‘triple-hatted’ capacity.

The largest armed opposition group in the country, Al-Shebab, who are specifically named in the UN resolution as the one targeted by the AMISOM troops, responded with violence.

This is more a result of the decision to move the UN HQ from Nairobi to Mogadishu, as everyone gets hit in Somalia, so the UN was attacked because it could.

But the statement by Al-Shebab spokesperson after the attack was clear: they attacked the UN because they wanted to hit the ‘infidel forces’. No distinction was made between the UN and the offensive AMISOM forces.

‘Force Intervention Brigade’ and the M23 in the DRC

On 28th March 2013, the UN Security Council went one step further with resolution 2098 concerning the peace keeping forces in the Democratic Republic of Congo (DRC).

On top of the already quite pro-active MONUSCO forces, a special ‘Force Intervention Brigade’ was authorised ‘with the responsibility of neutralising armed groups as set out in paragraph 12 (b) below and the objective of contributing to reducing the threat posed by armed groups to state authority’.

Key difference with Somalia is that this ‘FIB’ force are not a separate military force from the UN, but integrated in MONUSCO, wearing blue helmets and using white, UN marked tanks and helicopters.

But as with Somalia, all part of an integrated mission and specifically targeting one of the armed groups, the M23 in this case.

On 25th April 2013, resolution 2100 adopted by the UN Security Council decided to ‘rehat’ the regional forces present in Mali under AFISMA into a UN peace keeping force MINUSMA.

The mandate is no longer vague in its intentions to establish the authority of the state: “Stabilisation of key population centres and support for the reestablishment of State authority throughout the country”.

Also, the resolution makes explicit again which armed groups are specifically threatening to this authority of the state, in this case the opposition groups usually referred to as the ‘Islamists’, MUJAO, Ansar Edine and AQIM ( Al Qaeda in Islamic Maghreb).

This time the UNSC stopped short of mandating the French forces to conduct ‘anti-terrorist’ operations as originally requested, possibly as some of the SC members did not want to repeat the extraordinary powers granted in DRC the month before.

Nevertheless, MINUSMA as well as the French forces are authorised to use ‘all necessary means’.

Turning aid into a target

All of this is not good news for old fashioned humanitarian assistance, originally conceived to stand between the parties of a conflict, distributing aid based on the needs only.

When UN peacekeepers are attacking one day, and UN aid agencies deliver aid in the same location the next day, the delivery of aid and those who receive it becomes a military target for those that have been attacked by the UN forces.

For independent aid agencies like MSF, it is very difficult to explain that its actions are not a part of this military-humanitarian enterprise.

The benefits of 'peacekeepers on steroids'

At the same time, those groups that are specifically targeted in this new brand of peacekeeping are also the source of a lot of violence, displacement and abuse.

The populations suffering from groups like Al-Shebab in Somalia, M23 in Congo or AQIM in Mali, will gladly see the back of them and generally support this more aggressive approach.

Likewise for MSF, to reach those populations becomes a lot easier once a level of security has been established by those forces that MSF condemns as blurring the lines of humanitarianism.

MSF may be struggling internally with its positioning vis-à-vis military action on humanitarian grounds; the rest of the (aid) world has made its choices.

The UN integrated mission has long since evolved into a seamless collaboration between humanitarian aid, development aid, political support and where necessary military action.

UN integrated missions are the norm, and a new brand of aggressive peace keeping is following this logic. These ‘peacekeepers on steroids’, so far only in Africa, could be a result of the trend to use regional forces.

Traditionally these regional forces have been deployed under more belligerent mandates than the UN missions, as far back as the notoriously aggressive Nigerian forces acting as ECOWAS peacekeepers in Liberia in the early nineties.

You cannot keep peace if you only support one party. The other party will inevitably fight back, and then blue helmet or not, your choice is to leave or to shoot.

This new brand of peacekeeping is so far at its most aggressive in the new mandate awarded to the MONUSCO troops in the DRC, now enhanced with belligerent FIB soldiers.

As the same the regular MONUSCO troops were already authorised to conduct ‘Quick Impact Projects’ (QIP), relief activities like health, water and food to win the trust of the population.

The circle is complete. Between the FIB and QIP in Congo, we are back where this paper started in Somalia 1992: ‘shoot to feed’.