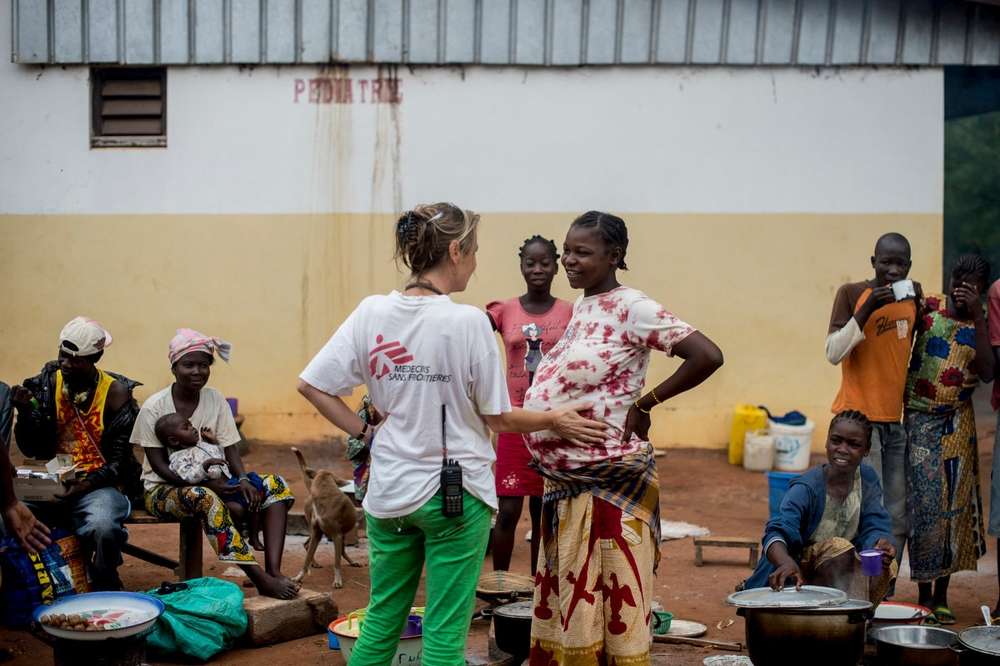 Opinion and debate: Is better delivery of assistance the key to a future for the humanitarian project?

Opinion and debate: Arjan Hehenkamp and Sean Healy discuss how INGOs must ensure the direct provision of assistance during crisis

The world is changing, emergencies and the needs of people who suffer during them are changing – and humanitarian agencies, having no natural-born right to relevance, must also change.

That is the core idea of a very interesting and noteworthy new paper from the Humanitarian Futures Programme[1] – and it is an idea which is unarguably true.

But what the paper undervalues is that, whatever the necessary adaptations, humanitarian agencies will still need to maintain and improve their core function: the direct provision of assistance during moments of crisis.

The authors set out an argument as to how they think humanitarians, and particularly humanitarian international non-governmental organisations (INGOs), should adapt to this changing world.

In the face of more capable states and civil societies, and of rising suspicion and even hostility towards the West and Western-associated INGOs (among many other changes), INGOs will have to find new routes to populations in need, renegotiate their legitimacy to act, identify what really is their comparative advantage and build on it.

In order to do so, the authors argue, humanitarian INGOs will have to adapt to new roles in which they are principally “brokers”, “intermediaries” and “catalysts” along the lines of the following main “models”:

And this, for us, is where we have a fundamental disagreement. Because where is the direct provision of assistance by humanitarian INGOs to populations in need?

“The direct provision of assistance during a crisis”

In the authors’ assumption, this is the role which is excluded, which will no longer be relevant or even possible for humanitarian INGOs to play.

The only exception allowed for, in this bright future, is the “niche” of conflict (an absurd concept – the humanitarian movement began with our role in assistance and protection in conflict, but this is now considered a “niche”?).

We would argue differently: based on Médecins Sans Frontières/Doctors Without Borders (MSF)'s experience, roles as innovators, catalysts and partners will certainly be increasingly important, but fundamental will be humanitarian agencies’ collective capacity to remain competent at their core function, namely the direct provision of essential services to people in crisis.

Certainly, there will be the roles for INGOs that the authors mention; INGOs already add much value through their specialisation and technical expertise, and that undoubtedly will grow. But emergency response is already not effective in many of the world’s crises today, and the INGOs should therefore not further erode their willingness and capacity to provide direct assistance.

Moreover, the humanitarian project, now and in the future, is as much about a confrontation with power as it is about capacity. Its future will have dark corners as well as bright lights.

There will continue to be many settings where the malignancy or negligence by states or civil society is the actual generator of the crisis – where the very provision of assistance is an opposition to power, and hence where the agent which provides assistance has to be independent from power.

If we consider several emergencies unfolding as we write, we can see this quite clearly:

In each of these examples, populations are in crisis and need the provision of assistance which would otherwise be largely unavailable to them.

In each of these examples, humanitarian INGOs will only hold genuine relevance to those populations if they provide such assistance in an effective, timely and appropriate manner – in particular, through “boots on the ground” “in the field”.

And, in each of these examples, it is only through the provision of such assistance that humanitarian INGOs will build legitimacy, with governments, with armed groups and with populations themselves.

Sylvain Cherkaoui/Cosmos
People listening to health talk at the hospital in Bossangoa, CAR.

The last point deserves underlining: MSF today is able to provide medical-humanitarian assistance in some very difficult contexts (Afghanistan, CAR, the Rakhine state of Myanmar, Uzbekistan, Chechnya, certain rebel-controlled zones of Democratic Republic of Congo…) not because the authorities there agree with our grand principles, or because of our work as catalysts or partners; not even because we’ve been innovators (although that has helped in some places); but mainly because we have been able to demonstrate relevance through the direct provision of medical care, and often over a relatively prolonged period of time.

Conversely, in the places where we are not able to work or where we are finding it almost impossible to do so, it is likewise in large part because we have struggled to demonstrate that relevance (Syria), or because such relevance is not valued by those who control access (Somalia, Turkmenistan).

The unfortunate future of INGOs

Will this really change over the next 20 years? Certainly, needs will change, and the technologies to meet them will also. Certainly, states and civil societies will be able to respond to more of their own needs. Certainly, humanitarian INGOs will need to change and adapt accordingly, and that will not be easy for any of us.

But it beggars belief to think that conflicts will no longer break societies, or that emergencies will cease to overwhelm coping capacities, or that states will stop victimising parts of their own populations or fatally neglecting others, or even that the 'international community' will abandon realpolitik in pursuit of lasting and real solutions to such crises.

Indeed, the direction seems clear enough already: the number and severity of various kinds of emergencies will increase, while the political and institutional interests of more or less all concerned will be to render this 'normal', and therefore not a crisis, and therefore not worthy of significant response.

And so there will surely still be a role for those humanitarian INGOs which can confront such situations, which are willing to be there and which are capable of providing the things that people in those circumstances need. Unfortunately.

[1] Kent R, J Armstrong and A Obrecht (2013), The future of non-government organisations in the humanitarian sector: Global transformations and their consequences. Kings College and START Network: London.