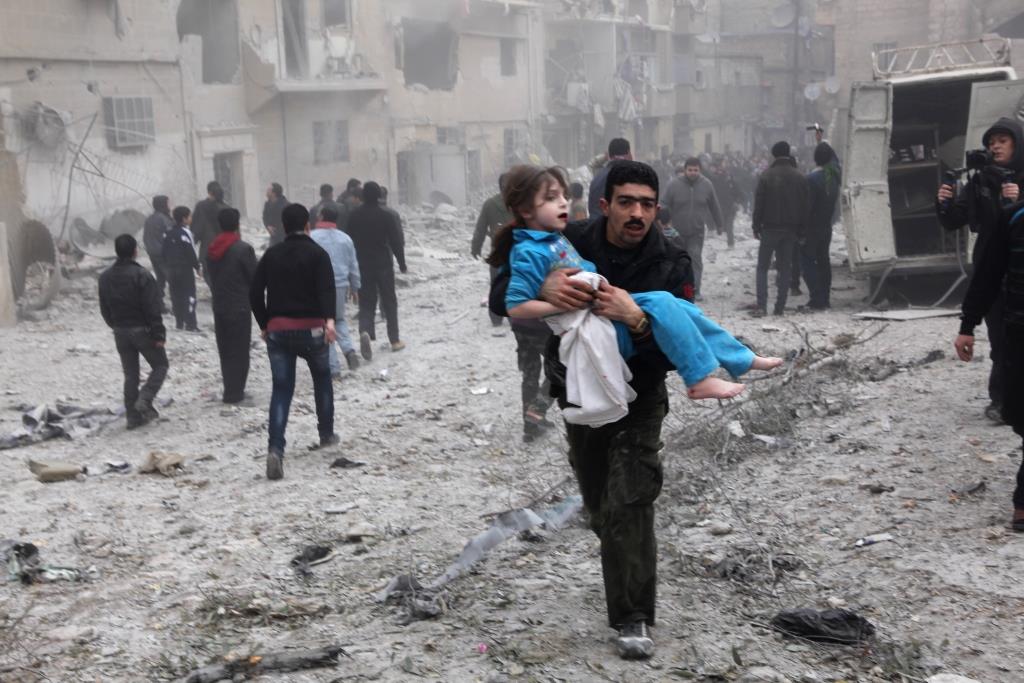 Opinion and debate: We're told that humanitarian needs are growing in an unprecedented way and yet, it seems there is a woeful lack of funding. But are these assumptions based on the right logic?

Dire predictions of ever growing needs and ever dwindling budgets seem to be the starting point of a number of World Humanitarian Summit submissions. But are needs really growing? And although funding for humanitarian response has grown by 27 percent in 2013 is there still a problem with funding? These catastrophic assertions should be examined, and questioned. Are we basing our assumptions on the right logic?

There is an ebb and flow of humanitarian crises, some years being worse than others. But measuring needs is not an exact science.

What do UN appeals really tell us?

The funding gap rhetoric, equates ‘need’ with the estimated budget of the intended response. This is a misleading shortcut as an increased budget can (and probably does) speak about many more elements besides detected needs, such as size of teams, support and coordination structures, salaries, etc.

UN appeals, from which these figures are largely derived, are often based on pragmatic estimates of what can be done.

And given that in many of the ‘top’ humanitarian emergencies, access is severely constrained, Sudan, Syria and Somalia for example, it’s hard to know what UN appeals really tell us about needs because there are simply no humanitarian actors in some of those places.

A man holds a child in his arms in Aleppo, Syria, following an airstrike.

The Global Humanitarian Assistance report of 2014 claims that humanitarian funding has grown to $22 billion in 2013 a 27 percent rise from the previous year.

Yet according to the Global Humanitarian Assistance report in 2010, unmet needs were slightly higher than in 2013.

But it is by no means unprecedented, Vietnam in the 70s, Afghanistan in the 80s and the Great Lakes in the 90s are some examples of other massive refugee crises.

Do identified needs correspond to emergencies?

The costs relating to the Syrian crisis are extra-ordinary, and do require a massive mobilisation of both existing and new donors. While we can clearly speak of a funding gap in this crisis, we should be cautious about extrapolations.

Indeed, in some of the worst humanitarian crises like Central African Republic and South Sudan, humanitarian donors were unable to spend funds that they had available as NGOs and UN agencies were not able to carry out the work needed.

As for natural disasters, many countries are coping with only limited external assistance. Last week in Chile for example, devastating floods affected 30,000 people. Yet the Government seems largely able to mobilise its own resources to respond.

Rather than looking at the growing budgets and assuming that they are mainly explained by growing needs, we may first need to critically reflect on what is behind those figures?

From our perspective, definitions of humanitarian assistance are being over-stretched, and with the current trend for resilience programming means that disaster preparedness, recovery and rehabilitation are all being classified as humanitarian.

Clearly what is being done under the banner of humanitarian assistance is evolving over time, more and more types of activities are being added, but is this happening in addition to life saving humanitarian action in the most difficult places, or at its expense?

We are faced with a complex picture of needs, and a questionable capacity of humanitarian actors to respond to the most difficult ones.

More research is needed to see whether the needs that are being identified really do correspond to humanitarian emergency needs, and if not, should they be the responsibility of humanitarian actors?

The distraction of finances

Many agencies argue that the solution is providing more support to local actors. Yet in real emergencies, what’s really needed is extra help!

Relying on local actors to launch emergency responses after the onset of a major crises, especially conflict, may compromise early response as local partners may be either directly impacted by the crises (displaced or wounded for example) or “caught” in the conflict’s dynamics and potentially unable or unwilling to uphold neutrality and impartiality.

Internationals can play a vital role in conflicts like Yemen today, where there is so much fragmentation that locals can find it impossible to cross frontlines.

These are the cases where international help is needed. We are not claiming that working with local partners is not a valid option, in fact MSF is also developing partnerships in places with limited access, but rather that counting on local actors to bear the brunt of the emergency response often compromises responsiveness and principled action.

What we really need now though is more focus. The humanitarian system should not try and fund all local initiatives and chase after all natural disasters.

A growing, and at times catastrophic, rhetoric on financial constraints without questioning what the money is being destined towards is distracting us from what we view as more crucial issues.

We should focus on the hardest places, where there are the fewest actors, and where local actors and the government either can’t reach or don’t want to help.