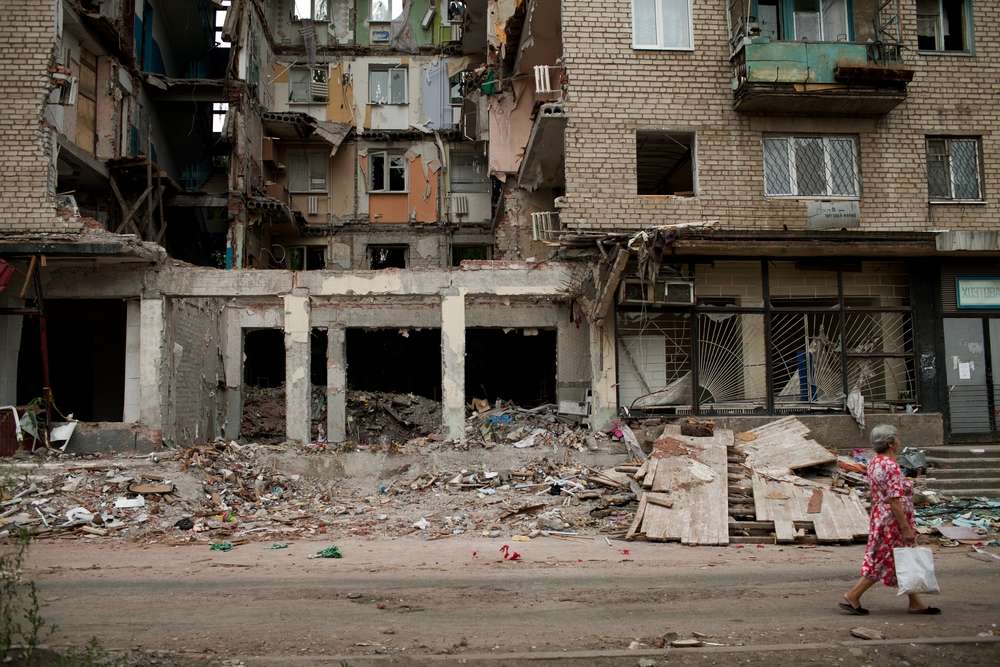 Opinion and debate: Jonathan Whittall airs his concerns about the impartiality of humanitarian organisations working in Ukraine. "If humanitarian actors collaborate with only one party to the conflict this means that thousands risk not receiving the aid that they need."

Fighting in Ukraine has displaced one million people. Eight-hundred-thousand have sought refuge across the border in Russia, while 200,000 have tried to find safe shelters in other parts of Ukraine.

As winter fast approaches there is a significant risk of a second wave of displacement, as many people will be forced to relocate from shelters in Ukraine that are not suitable for the freezing winter temperatures.

Some people have taken the decision to return to areas such as Garlovka that are still under risk of military bombardment. As one displaced person told me, “I would rather take my chances with the shelling than with the winter”.

Communities in conflict-affected areas are often cut off from basic services such as water, electricity and gas. Hospitals are overwhelmed with the numbers of war wounded received and MSF has responded by distributing emergency medical supplies sufficient to provide treatment for up to 8,000 war wounded.

It is likely that the burden on health facilities will increase due to conditions related to the harsh weather and insufficient heating.

While there was huge concern expressed when the Russian governments deployed a ‘humanitarian’ convoy - based on accusations that it was a Trojan horse for military intervention – there has been no large convoys deployed by independent humanitarian actors to meet the needs in the east of Ukraine.

Could it be that part of the reason for this slow and limited response is because the UN system and some other humanitarian actors have chosen sides in this conflict?

So far their ‘humanitarian’ support has been aligned to the priorities of the Ukrainian government.

While this has gone some way to addressing the needs in certain areas, it has meant that the alignment of the humanitarian response with one side has rendered the ability to access areas under control of the opposition very difficult.

While the EU has made available 22 million Euros to address the needs of the population, only five million of that is ‘humanitarian funding’.

The additional 17 million has as its aim “to extend the objectives of humanitarian work to encourage a longer-term perspective”. These activities will of course be directly linked to one side of the conflict.

In a coordinated effort, the European Commission is therefore working closely with the Ukrainian Government to mobilise development aid for direct support to local communities”. Has the EU commission followed NATO’s lead and chosen who are the ‘good guys’ and who are the ‘bad guys’?

What has emerged in Ukraine is a dynamic of cold war humanitarianism, while what is needed is a scaled up aid response that delivers assistance based on need alone.

Instead, the UN has apparently taken a similar approach to the EU. In a joint UN and Ukrainian government funding appeal for the humanitarian response, the UN resident coordinator praised the government for restoring services in Sloviansk (but decided not to mention that much of those services were destroyed by a Ukrainian military in the first place).

He stated: “Stories from the cities of Sloviansk and Kramatorsk that were retaken from armed groups are examples where the government in a very short period of time managed to rebuild damaged infrastructure, restore supply of electricity, provided the affected population with food, health facilities and other basic needs."

The UN resident coordinator has outlined that “there is a need to scale up the humanitarian response, including international collaboration with the Government of Ukraine”.

Collaboration with all sides needed

If humanitarian actors collaborate with only one party to the conflict this means that thousands risk not receiving the aid that they need.

Collaboration needs to occur with all sides to the conflict with the sole aim of ensuring that aid can reach those most in need.

This is essential not only for the people in Ukraine who urgently require assistance – but also because all those who harbour suspicion toward humanitarian organisations will be closely watching to see how far organisations are willing and able to extract themselves from the political dynamics of this conflict.

Otherwise, the humanitarian response risks not only failing the people of Ukraine but it will also fail to demonstrate that it can function independently from donor governments and political interests.