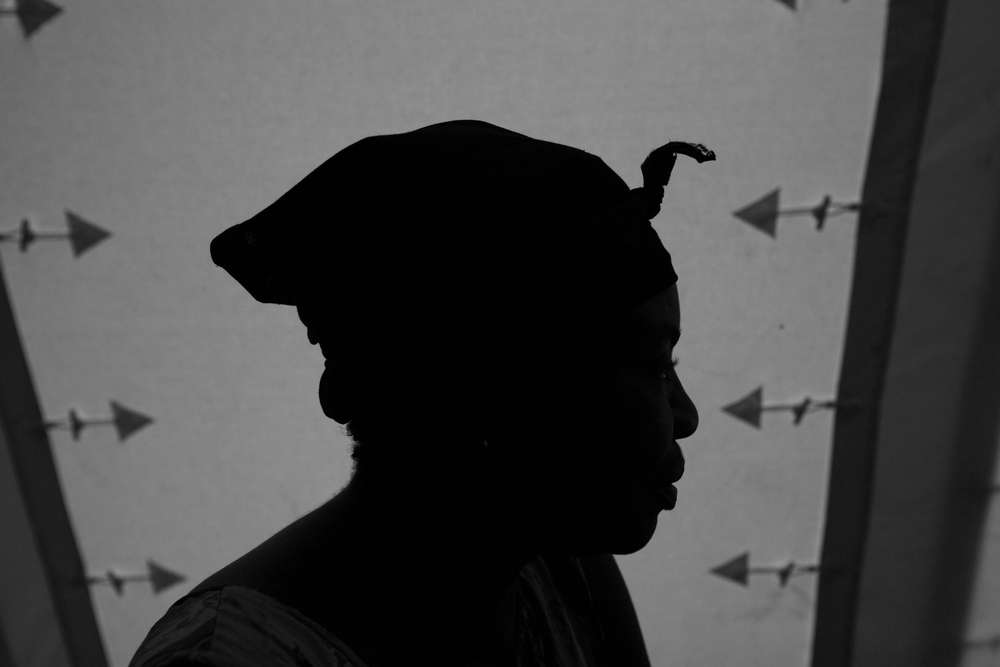 Opinion and debate: Collecting data on sexual violence - what do we need to know?

Opinion and debate: Claire Magone argues that while helping the survivors of sexual attacks to recover should be the first priority of those responding to sexual violence, the focus should also be on collecting and analysing data which enables them to do this better.

A few days after being raped a woman arrives at a health centre in the Democratic Republic of Congo (DRC). She has pelvic pain and fears she might be pregnant.

On arrival the consultant ask her a series of questions: Where are you from? What is your religion? Your ethnic group? Your job? Do you have children? Are you married? What happened? When? Where? How? Who? How many of them? Their age? What ethnic group did they belong to? Did they offer you money for sex?

The answers to these myriad of questions are then recorded in a standardised initial assessment form as part of the Gender-Based Violence Information Management System. A legitimate reaction from someone coming to seek care would be to question why they are being asked all these questions?

Perpetrators in the spotlight

Rape is not only an internationally recognised crime, it is also considered by the UN Security Council as a threat to international peace and security (Resolution 1325). As such, a central component of the UN’s strategy for preventing conflict-related sexual violence is identifying perpetrators and addressing impunity.

UN Security Council Resolution 1960 asks for ‘detailed information on parties to armed conflict that are credibly suspected of committing or being responsible for acts of rape or other forms of sexual violence’.

Similar objectives are laid out in the Comprehensive Strategy on Combating Sexual Violence in the DRC, adopted by the Congolese government in 2009.

Trying to identify and understand perpetrators provides the focus for much of the recent work that has been done by NGOs, academics and various others exploring the issue of sexual violence in the DRC.

In particular looking at the perpetrator profile, whether they are military or civilian, and determining what motivates perpetrators to participate in these acts of violence other than the sole fulfilment of sexual desire by force - a motivation that does not fit with the “strategic rape theory” - destruction, humiliation, punishment or revenge.

However, research into this area usually reaches the same conclusion, namely that more research is required to fully understand the complex motives and the root causes of sexual violence.

Giulio Di Sturco
Francoise (name changed), 45 years old lives with her daughter and her daughters’ two children in the Bulengo makeshift displacement camp. On their journey to reach the camp, the mother and the daughter were raped by an armed group they crossed paths with in the forest.

For MSF, collecting information on sexual violence is part of the daily routine at Rutshuru hospital, North Kivu, where we have been running activities for victims of sexual violence since 2005.

It is generally understood at MSF that the information collected serves three main purposes: to ensure appropriate patient care, for programme monitoring and for advocacy.

When a victim of rape – usually a woman – arrives at the hospital, her account of the assault is noted in a medical file.

Besides determining her medical history in order to adjust her medical care accordingly, a certain amount of information is needed to guide the victim’s case management. When did the incident happen? Was the victim injured in the assault? Is there a safe place for her to go? Can she provide for her own needs when she goes home? How does she feel?

The answers to these questions help the medical staff provide the victim with tailored care, which in addition to a standardised health package, might include prophylaxis against STDs and HIV (within the few days following the assault), emergency contraception or psychological support, for example.

MSF staff can also give short-term assistance (money, food, shelter, clothes) so that material constraints do not prevent the patient from receiving adequate follow up.

To ensure appropriate case management, information about the perpetrator is also needed. For example, should the perpetrator be close to the victim, i.e. someone who lives with her or nearby, discussions between the victim, the consultant, the psychologist and the social worker can help keep the victim from further harm, for instance by offering a bed in the hospital for the night or even helping the victim to relocate permanently.

From the narrative of the assault, the consultant also extracts information that will later be translated into statistics regarding the circumstances of the assault: recurrence, physical assault, place, date, perpetrator(s) profile (number, civilian/non-civilian), weapons used, as well as the profile of the victim.

Some of this information is needed to identify patterns that may lead to programmatic changes. For example, in 2006, when the number of cases admitted to Rutshuru from the Birambizo health zone rose significantly MSF opened another project in Nyanzale.

Demographic data aggregated from victim profiles can also be useful. For example, data from the Rutshuru programme showed that sexual violence against males was commonplace which led changes in outreach messaging and activities, as well as adaptations to the programme itself to include men as victims.

With regard to the perpetrator’s profile, the distinction between whether they were ‘known’ or ‘unknown’ to the victim is much more relevant than distinguishing between ‘civilian’ or ‘non-civilian’ given the inherent difficulties of defining ‘civilian’ in a context where desertion from the army is extensive; attempts to reintegrate combatants into civilian life have been numerous; and ‘self-defence’ groups organised by local leaders arming rural young men are commonplace.

Therefore the identification of ‘civilian’ or non-civilian’ rests on the somewhat subjective interpretation of the individual victim or the staff member.

Within MSF, the definition of the type of data needed for advocacy purposes can be as vague as the purpose of the advocacy itself. Nevertheless, two main approaches can be distinguished.

The first involves making local appeals to actors believed to have an influence on levels of sexual violence in a given area.

For example, MSF issued a press release in January 2013 describing a significant increase in the number of victims being treated in its clinic near Goma, and appealing for ‘action on the part of those responsible for protecting civilians’ and improvements to ‘the poor security conditions in Goma camp’.

The number of incidents provided the only evidence to qualify this appeal, which was exclusively aimed at improving security, not ‘naming and shaming’ perpetrators.

The appeal was used by MSF to open a direct dialogue with the UN mission MONUSCO, government forces and M23 rebels.

Hence the insatiable quest for data in the hope that adding and cross-referencing information will reveal the reality, when in fact the only power data has is to describe it.

Collecting data while caring for survivors of sexual violence is necessary to guide their case management and ensure that the programme remains relevant and effective.

Speaking out can also be an effective advocacy tool, especially in the case of a specific large-scale incident perpetrated by a particular group. But the conviction that the best way to tackle sexual violence in the DRC is to understand its root causes can lead to too great an emphasis on collecting information on the perpetrators and their motives, and not enough on addressing the needs of the victims.

As helping the survivors of attacks to recover should be the first priority of those responding to sexual violence, the focus should be on collecting and analysing data which enables them to do this better.