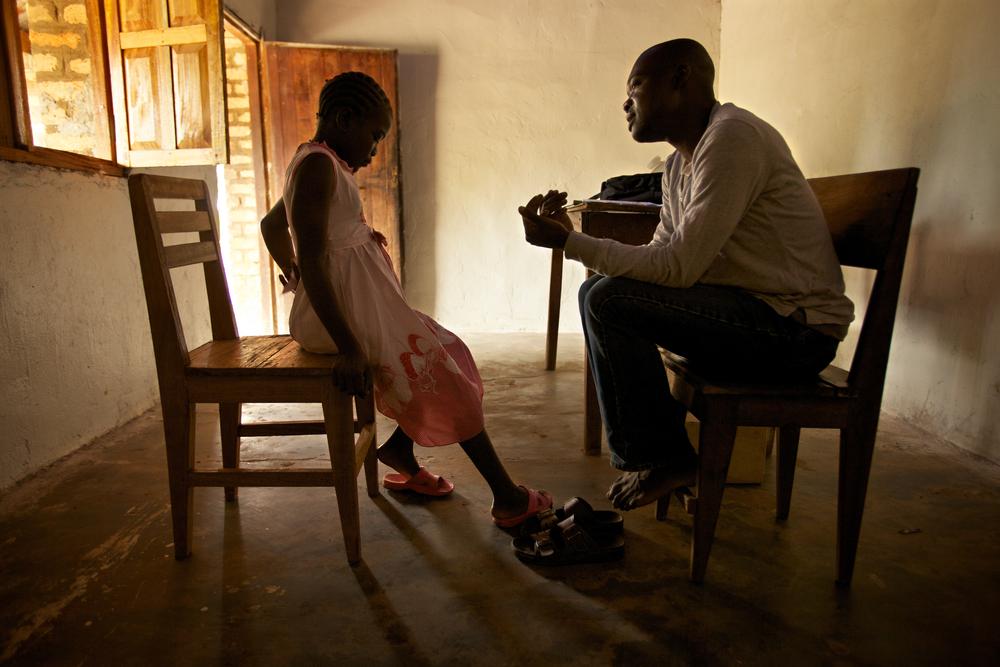 Opinion and debate: Confused in Congo: they shoot, we give the shots

We must ensure that MSF maintains a distinct identity, through protesting the way that aid is instrumentalised, which can inhibit our ability to negotiate with armed groups.

It’s not new to point out that the line between the UN’s aid and military roles in Democratic Republic of Congo (DRC) is as clear as mud. But a group of MSF staff currently working in the country argue that the need to delineate the distinction between them is as fresh and urgent as ever.

From their inception in the late 1990s, UN integrated missions, mixing military, political, development and humanitarian components, have continuously blurred the line between peacekeepers and relief agencies. This is considered by many as a lost battle. However, recent developments in DRC necessitate a reopening of this debate, as the scale and severity of the military-humanitarian confusion have increased, undermining independent humanitarian action – and thus neutral and impartial access to vulnerable populations.

MONUSCO, and its previous incarnation MONUC, have for long supported the national army, the Armed Forces of the Democratic Republic of Congo (FARDC), in its attempts to fight off the myriad rebel groups controlling parts of eastern DRC. The renewed 2013 mandate, however, has legitimised attacks against MONUSCO troops and increased risks of attacks against UN humanitarian relief agencies.

To make matters worse, UN forces in DRC, including their offensive wing, continue to use white vehicles, which are not very different from those of many NGOs and humanitarian actors, including MSF. Attack helicopters used to fire on rebel group positions are the same colour.

This use of civilian-like assets for military action might be considered contrary to International Humanitarian Law (IHL) as defined in the Geneva Conventions, Additional Protocol 1, Articles 37 and 44, as we understand them – a subject for debate among IHL specialists.

To top it all, senior UN staff in DRC cultivate and perpetuate confusion between their military and relief activities. Special Representative of the UN Secretary General Martin Kobler, who also heads the armed component of MONUSCO, has repeatedly made calls for humanitarians to work in collaboration with the military in order to address the consequences of their own armed activities. The UN Humanitarian Coordinator, acting as interim for Mr Kobler, also announced armed activities by MONUSCO, blurring the lines in the most personal manner.

Why is it important for humanitarian actors?

Admittedly, there are currently only limited examples of that blurring of the lines leading to damage to humanitarian staff and assets in DRC. Two white UN helicopters were shot at by armed groups in 2013, one of which was carrying UN aid workers. Both armed groups involved said they could no longer see the difference between military and humanitarian helicopters.

We do not believe that humanitarian actors should wait for armed groups to use the pretext of this confusion to deny their teams access to vulnerable populations. As in any conflict, there is always a risk that relief teams are targeted for being confused with a party to the conflict – whether or not the latter dresses in white.

At field level, MSF teams continue their work to ensure that armed groups accept their presence and understand the principles of the organisation so as to mitigate these risks. But we believe those principles also need to be defended by all humanitarian actors at the highest level to put an end to this confusion.

Over recent years, the UN has been contemplating using the new DRC FIB model in other conflict settings (Mali, South Sudan, Central African Republic), sometimes even passing resolutions to that effect. The DRC example shows that this offensive mandate clearly threatens the fragile negotiated space in which MSF and others try to operate independently.

What needs to be done?

DRC is a critical case-study to highlight this issue and the dilemmas our teams face in the field.

MSF, if possible alongside other actors, needs to speak out on this matter. We must ensure that MSF maintains a distinct identity, through protesting the way that aid is instrumentalised, which can inhibit our ability to negotiate with armed groups. This is all the more important when other organisations, often tied up by their financial relations with donors, lack the freedom of speech that MSF enjoys.

We need to explain our position and clarify why there need to be visible changes in the way in which this new offensive style of peacekeeping is implemented by UN forces.

We do not criticise the offensive mandate per se – it remains a sovereign choice of UN member states. Nor do we criticise the general UN mandate and its goal to bring peace to an area that has been marred by conflicts for far too long. But we do want a clear distinction made between humanitarian and military activities.

The World Humanitarian Summit, to be held in Istanbul in 2016, will be a good place and time for humanitarian actors and states to discuss this particular matter. The first regional consultations leading up to the summit indicate that it will probably seek to further promote close collaboration between governments and aid organisations, to the detriment of independent and impartial humanitarian  aid.

Let’s make sure that the dangers of military-humanitarian confusion are inscribed on the Istanbul agenda. After all, fighting for what others consider to be lost causes is one of the foundations on which our identity is based.