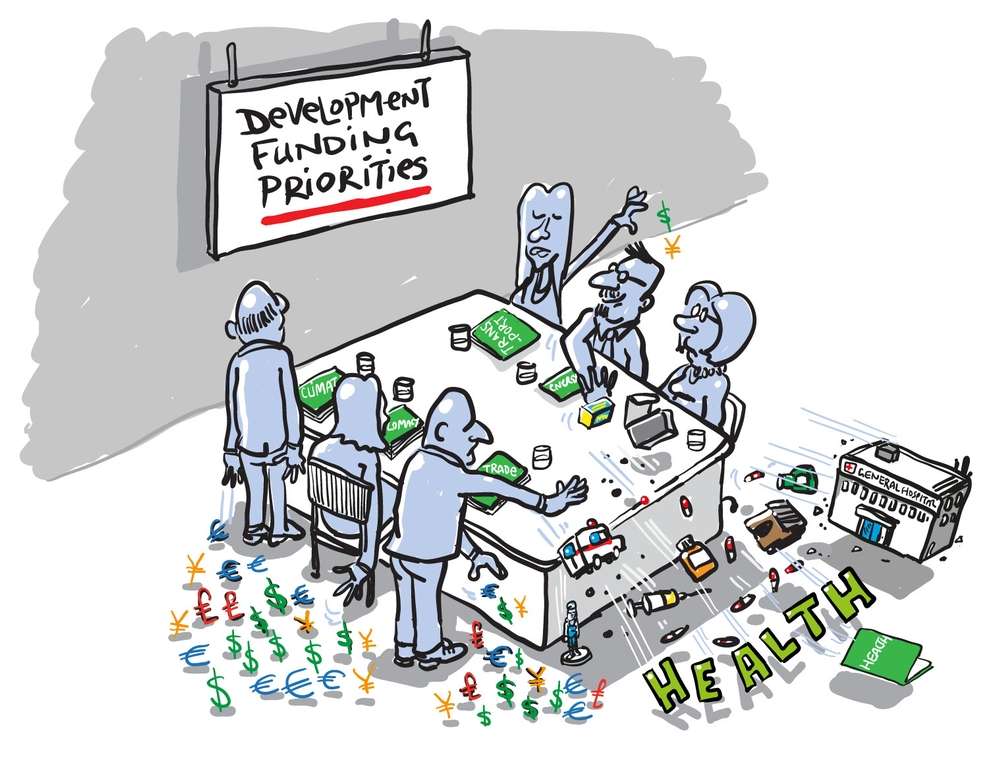 Opinion and debate: Countries, beware! Climbing up the income ladder can seriously damage your health

Opinion and debate: The continued use of gross national income to allocate official development assistance has potentially catastrophic effects for over 70 percent of the world’s poor who live in the 105 countries classified as middle-income, which also face the highest burden of diseases on the planet.

If you ask the proverbial ‘man on the street’ where the greatest health needs in the world are, most will think of the poorest countries. Economists and politicians who allocate development funding for health do the same. But they are wrong.

It may surprise you that over half of Médecins Sans Frontières/Doctors Without Borders (MSF)’s medical programmes are in countries currently labelled as ‘middle income’. The health needs we see there are real and desperate.

But in a changing world, the international system used to categorise a population’s health needs according to their country income is no longer fit for purpose. It is certainly no basis on which to allocate health funding or to set the prices for lifesaving drugs and vaccines.

This week, the great and the good of the international aid community will gather together in Addis Ababa to discuss financing for development (FfD), including for the successors to the Millennium Development Goals.

The ‘Sustainable Development Goals’, which will set global development priorities and funding for the next 15 years, must be based on the reality of the world we live in, if they are to work: health needs rather than Gross National Income (GNI) per capita.

To start with, the highest disease burdens for maternal and child health; the three major killer infectious diseases HIV/AIDS, tuberculosis and malaria; and non-communicable diseases, are in countries classified as middle income.

These countries, home to over 70 percent of the world's poor and sick, find themselves on the wrong side of a statistical threshold.

Yes, India may have more billionaires than the UK, but it also has the greatest number of malnourished children on the planet. Any system that groups China and the Republic of Congo in the same category needs to be looked at again.

Donors would have us believe that economic growth automatically translates into a reduced need for development aid for health. The reality is sadly different.

Growing global health inequality demonstrates that a slight increase in national income has no bearing on the number of poor and sick, nor the accessibility or quality of health services available to them. It takes time to transform new revenues into larger health expenditure.

There has been a reduced interest of donors in global health solidarity over recent years. Even impactful global health initiatives, such as the Gavi, the Vaccine Alliance, and the Global Fund to fight AIDS, Tuberculosis and Malaria (GFATM), have not been spared.

For example the latter has seen GNI imposed as a criterion for eligibility, and for determining the size of allocation to countries, with interventions for recipient communities in middle income countries at risk of being cut off.

Frequently glossed over are the additional knock-on consequences of middle-income classification. Promotion to this ‘club’ imposes more stringent international funding restrictions, with an increase in loans and decrease in grants.

It results in tighter trade and intellectual property regulations with de facto limitation on access to cheaper drugs, vaccines, medical devices and commodities.

In other words, arbitrary economic classification might lead to more costly national healthcare bills even in countries with improved health expenditure per capita. This will translate in more health gaps that organisations such as MSF are increasingly solicited to fill.

Charging for healthcare is harmful

In the majority of middle income countries, health systems do not yet make sure that the poorest and most marginalised groups have access to vital care and the withdrawal of donor support, which can result in the health funding gap mostly affecting those who need it most.

Years of experience have demonstrated to us at MSF that charging patients for basic healthcare causes direct harm, can further impoverish households, and lead to the exclusion of the most needy from essential care.

Yet despite being totally contradictory to universal health coverage - central to the soon to be approved SDG health goal - as donor support shrinks, such fees are now being discussed in the corridors of African Ministries of Health.

Tragically, instead of reviewing the current aid allocation logic and truly assessing health needs in countries, herds of consultants are brought in to tinker with sub-categories, move thresholds and adapt aid allocation formulas.

Additional labels such as LDCs (Least Developed Countries) and FCS (Fragile and Conflict-affected states) are called to the rescue, adding exceptions to a fundamentally faulty approach, and rendering everything more complex.

A more radical overhaul of the underlying approach is required, including a real-time assessment of a population’s health needs.

Many serious and expensive public health crises, for example increasingly high rates of multi-drug resistant tuberculosis, currently occur in countries which, while in the middle income bracket, cannot yet cope with the financial cost that these diseases impose.

In short, development aid medicine will not work if the prescription is based on a faulty diagnosis.