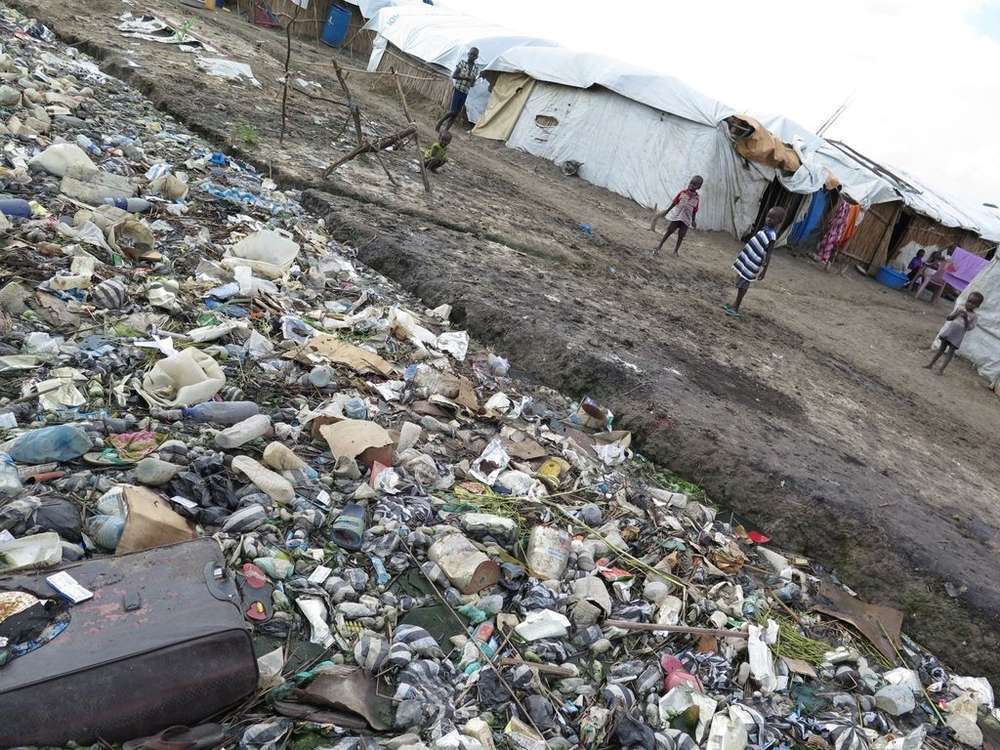 Opinion and debate: Emergency response - is prevention the key to successful intervention?

Opinion and debate: MSF's humanitarian affairs advisor Clémentine Olivier argues that humanitarian assistance planning should not simply rely on preventing a crisis from happening in the first place.

As any parent might attest, it makes common sense to mitigate risk whenever possible – wash your hands before you eat now, they might tell their children, and avoid getting sick later.

This is sound advice, and not just for matters of personal health. When it comes to emergency relief assistance, for example, the notion of taking steps now to prevent large-scale crises in the future is an understandably popular concept, one that has increasing influence over global disaster response planning.

Why rush from crisis to crisis around the world, the thinking goes, when we can invest efforts now to prevent them from happening in the first place?

That question lies at the heart of a growing trend in humanitarian assistance planning. UN-led humanitarian interventions are pushed to focus on building capacity for the future as much as responding to needs in the present, and risk management is expected to be a major theme of the upcoming (and first-ever) World Humanitarian Summit in Istanbul in 2016.

The argument that underlies this so-called new approach has been expressed most authoritatively in 'Saving Lives Today and Tomorrow', a recent report by the UN Office for the Co-ordination of Humanitarian Affairs (OCHA), which concludes the best way to address a growing number of global humanitarian crises is for aid agencies and other actors to anticipate, rather than react to, such emergencies – and to prevent them before they occur.

At first glance, there appears little in this approach to take exception with. Who wouldn’t prefer to stop emergencies before they happen? The ultimate objective of any truly humanitarian aid agency should be to help create a world in which it is no longer needed.

But the OCHA assumption that preventive measures will reduce the need for emergency humanitarian intervention in the future is a simplistic idea, perhaps even dangerously so.

The laudable goal of preventing future emergencies doesn’t mean the international community can be exempted from responding effectively to crises when they do occur.

And OCHA’s suggestion that reducing human suffering will be achieved by tying emergency response activity to the wider goals of a bigger, more streamlined international risk management system – the “one-size-fits-all” approach, which calls for humanitarian actors to fall in step behind government-led policy objectives – threatens to undermine our ability to alleviate suffering when it does occur.

The OCHA report and the doctrine it promotes – what I call the “risk-management” approach to humanitarian assistance – can be criticised on several levels: First, its methodology is questionable.

The report’s support for a one-size-fits-all approach to humanitarian intervention is drawn from three historical examples: Burkina Faso, Central Asia (Kirgizstan and Tajikistan), and Indonesia.

Without belittling the difficulties that these countries have experienced, it is hard to see how these relatively small and obscure case studies can provide a reasonable guide to the major and ongoing crisis situations in South Sudan, Syria or Central African Republic.

Even taking this into account, there is no evidence provided that a universal approach is capable of meeting the needs of these varied and complex emergencies.

Prediction itself not an issue

Second, the idea of a preventive approach isn’t new, and does not necessarily hold up to historical analysis. Since the 1960s, improved warning systems have always been held out as the panacea for the problems facing the international emergency response network.

But the notion that advanced warnings can eliminate catastrophes is an illusion. Never before has information been so plentiful, available and accessible; never before has it been possible to foresee so clearly oncoming natural or human catastrophes.

As early as 2011, MSF alerted the world to what would become a major crisis in Central African Republic, but none of the key responders, aid agencies, governments or funders mobilised, and the tragedy was not prevented.

In April 2014, MSF spoke out about the risk of an unprecedented Ebola outbreak – a position that was then thought to be excessively alarmist by the World Health Organization, which at the time refused to entertain the idea of an “epidemic.”

The current challenge facing humanitarian organisations is to prioritise all the competing crises, not to predict the risks that a crisis may actually occur.

Finally, and most importantly, OCHA’s risk-management approach is dangerous because it erases the borders between humanitarian and political objectives, and places NGOs at the service of political agendas.

For an organisation such as MSF to successfully intervene in acute humanitarian crises, especially in times of conflict, it must retain an ability maintain its distance from the various parties – and powers – involved. In many environments where MSF operates, the state itself is more often than not a party to the conflict.

It is time to re-focus the debate: the challenge today is to analyse the very concrete obstacles that prevent the effectiveness of the humanitarian assistance system. Why is it, for example, there is little or no aid reaching South Sudan?

How is it that the Central African tragedy could not be averted or its consequences lessened? There are a number of areas to be explored: the amount of time that elapses (often more than three months, even in emergencies) between the time the alert is sounded and when funding is released; the logistical or security challenges sometimes encountered by humanitarian aid agencies that make access to the victims difficult; and the quality – the material quality – of the help provided, for such basic items as water or shelter.

The OCHA initiative and its intention to improve our ability to respond more effectively to humanitarian emergencies are laudable. But it is too simplistic to assume that the ability to anticipate a crisis is a sufficient measure to actually prevent it.

Even a child who washes his hands before every meal runs the risk of infection, and when that happens his parents hope to count on the best and most effective medical care possible.

So, too, should the international humanitarian system, even as it works to stop crises before they happen, be prepared to respond to emergencies as effectively as possible.

What can we do to make humanitarian action more effective, to save more lives and to alleviate more suffering in the face of natural or man-made disasters? As we approach the World Humanitarian Summit in 2016 – and, more importantly, as we face a world in ever more people are affected by a growing number of humanitarian emergencies – it is a question we must continue to explore.

OCHA’s risk-management approach is a worthy contribution to this debate. It is not, however, the only answer we require.