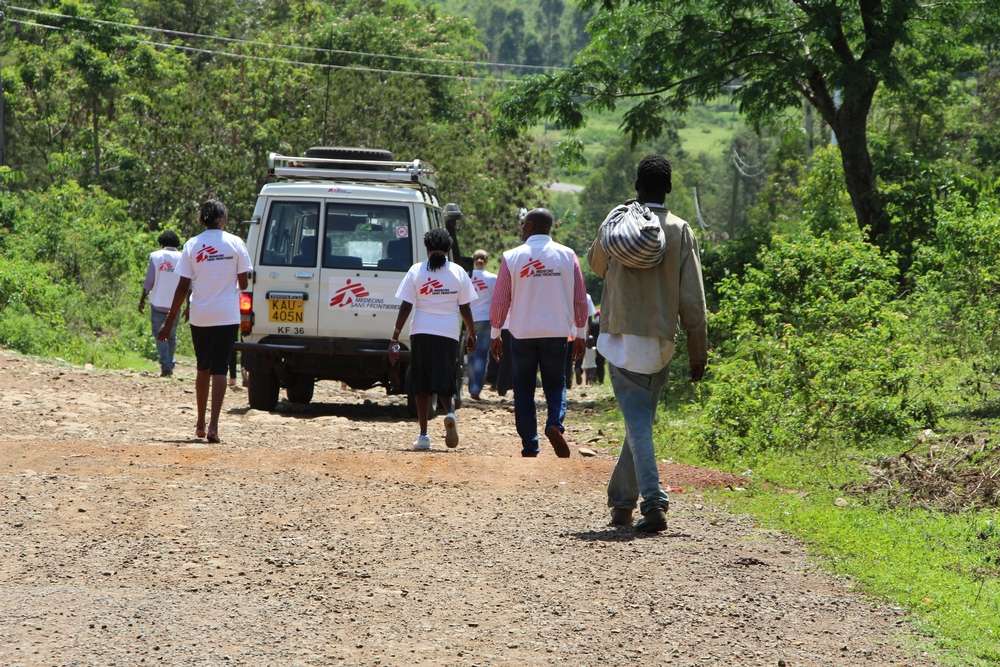 Opinion and debate: Less is more - The case for a purely humanitarian response in emergencies

Opinion and debate: As the humanitarian system increases its scope beyond emergency provisions of food, water and healthcare, Michiel Hofman argues that less really is more.

MSF has realised recently that it is a reluctant – but significant – part of the ‘official’ global aid system, specifically in health in emergency contexts, where MSF is the undisputed market leader.

The sometimes public complaints by MSF over the past five years about the humanitarian community’s lack of response in many of the major emergencies turns out to be a complaint as much about ourselves as about our peers.

The global humanitarian system, and the global funding available for those that implement it, have become a machine that tries to be everything to everyone – from development, to strengthening of preparedness, to building resilience during and after disasters, to stabilisation and state building activities. This was recognised as problematic in the ALNAP 2012 report on the state of the humanitarian system:

“The findings highlight the on-going and uncomfortable stretching of humanitarian funds into spheres of activity on the edges of response work, including preparedness, disaster-risk reduction and resilience activities, on one side, and early recovery, infrastructure rehabilitation and the indefinite provision of basic services in the absence of a state-led alternative.”

The conclusion of the report, however, was not to divert these “stretched” funds to basic humanitarian response, but to get more funding to do both.

Unfortunately, this is not the direction in which the global humanitarian system is currently heading. A 2011 review commissioned by the UK government of its own performance in humanitarian response (HERR) is a good example of the current trend.

The advice on how to improve the effectiveness of the UK response is summarised in seven categories: anticipation, resilience, leadership, innovation, accountability, partnership and humanitarian space. Whilst these words may well be appropriate to enhancing the effectiveness of the overall overseas aid effort by the UK, in humanitarian emergency response, these concepts do not appear to be very helpful.

Resilience is still firmly stuck in the buzzword phase, with many different definitions, but with, as yet, with very few concrete  effects.

Accountability, by contrast, has progressed enormously since its buzzword phase in the 1990s into a finely crafted set of tools and conditions. But research shows that emphasis by donors on accountability has had the undesired side effect that most agencies target simple projects that are less likely to fail and have a high visibility.

This is part of a longer term trend, where those that make up the system have favoured a holistic approach to such an extent that a purely humanitarian response to basic needs in emergencies has become just a small part of agencies’ knowledge and capacity.

For the UN, this has translated into an ‘integrated approach’, where all UN agencies, including those specialised in emergency humanitarian assistance like UNHCR and WFP, are subject to a much wider and ambitious UN agenda that includes stabilisation, peace building and building the capacity of the state.

For NGOs, this has led to a majority of the established agencies choosing to become ‘multi-mandate’ organisations, which means that they combine humanitarian aid, development aid, rights promotion and advocacy into one continuum. On the ground, this translates as a capacity that is largely geared towards development and is mostly subcontracted to local partners, which has proven to be very inflexible in cases of crisis. The local partners usually lack the knowledge or infrastructure to ‘shift gears’ when a crisis occurs, while the international parent organisations no longer have emergency specialists on the ground or the capacity in their headquarters to deploy them.

Key to a good emergency response is speed and focus. Lofty goals like stabilisation, state building and resilience represent the strengthening of the ‘normal’ situation, but crisis is when normality is suspended, so these objectives need to be temporarily suspended too. Lives are saved by focusing on the basics: food, water, shelter and medical care.

There have been some encouraging signs lately that some of the larger aid organisations that had underinvested in their emergency response capacity are clawing back some of the necessary expertise and resources. Hopefully this will be matched by their donor institutions doing the same in terms of rapid, more flexible and therefore less accountable funding.

During the recent crisis in Mauritania, 80,000 refugees from Mali were stranded in the desert. As the UN agencies and many of the major NGOs discussed food security in the Sahel, building the resilience of the population, difficulties with registering the refugees and the political process, it was mentioned that the problem was not just about boreholes.

But these refugees were stuck in the middle of nowhere, in one of the most arid regions of the Sahel, without water for several weeks – from their perspective, it was actually just about that: boreholes. When you are dying of thirst, politics and resilience are irrelevant.

What do you think? have your say and join the debate below