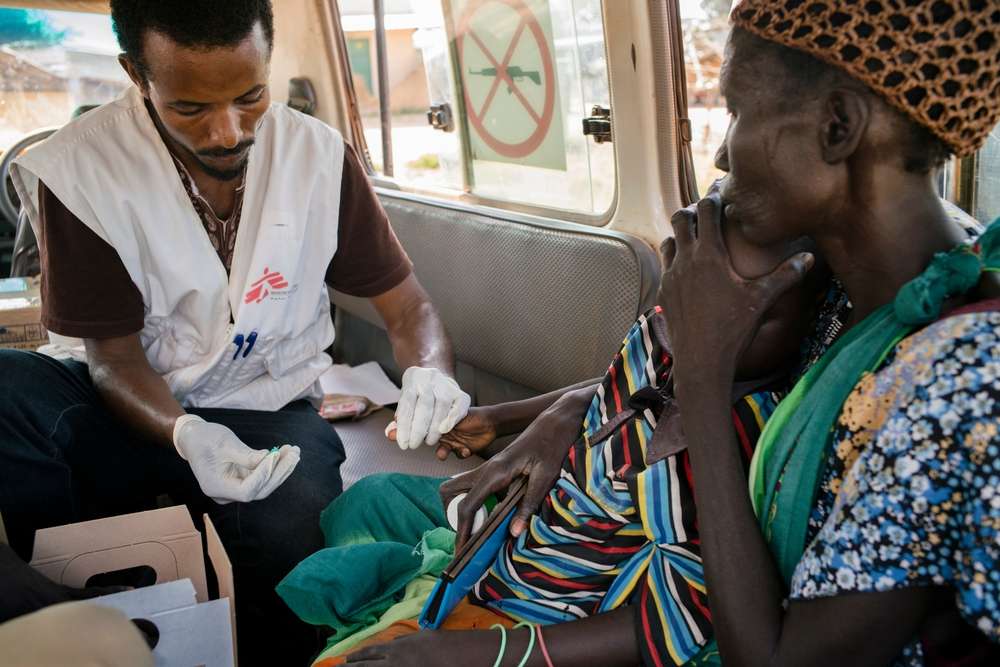 Opinion and debate: Let it go, let it go? Or give it up?

The new report “Time to let go: Remaking humanitarian action for the modern era” from ODI-HPG has much to recommend.

It expresses a clear-eyed commitment to self-criticism and reflection, a valuable ability to synthesise the latest research on the difficulties of humanitarian action, and a willingness to “go large” and not just go along with things as they are. It is good to see humanitarians’ delusions of power and grandeur skewered.

However, there are three main areas where the report’s arguments do not hold water:

1. Why is the humanitarian sector suffering a crisis of legitimacy?

A variety of different actors are questioning the traditional humanitarian system from different angles. Crisis-affected populations are critical of humanitarian actors, most importantly for not listening to their needs and then not delivering upon them. Humanitarians themselves are critical of poor performance in recent major humanitarian crises. “Emerging” (or “newly-acknowledged”) actors, such as local responders and developing country governments and charities, are challenging the exclusivity of the traditional system, its unwillingness to work with them and its lack of acknowledgement of their expertise and contribution. And, lastly, many governments in crisis-affected countries are increasingly hostile to humanitarian actors for their intrusions onto their sovereignty.

But these critiques cannot really be put together into a single crisis of ‘legitimacy’.

The criticisms of affected populations need to be taken exceptionally seriously and aren’t being so. But the arguments of states are a different thing altogether: the lack of attention in this report to the political interests of states who reject humanitarianism (and not only in diplomatic conferences, but increasingly with force of arms…) is particularly egregious.

The ‘crisis of legitimacy’ is then falsely ascribed to “humanitarian exceptionalism”, rather than poor performance. The humanitarian system, the report argues, has become too grandiose, in its size and wealth but also in its claims to the moral high ground (“humanitarian principles”). It needs to let go of its power and control – and in particular to the idea that it is “special” or “exceptional” – if it is to survive and be useful.

But the legitimacy of humanitarian action does not come from what humanitarians say. It comes from what they do, and really only that. Delivering food, reuniting families, caring for the sick and the wounded – these are all “good things”, things which people near and far want to see happen, and which therefore states and other political actors can sometimes have difficulties preventing from happening.

If humanitarians want to improve their legitimacy (at least in the eyes of affected communities and local responders, if not in the eyes of states…), then perhaps they should just do their jobs better.

2. Why humanitarians should not drop “direct service delivery”.

The report argues explicitly in favour of “subsidiarity”, by which the major UN agencies and multi-mandate INGOs move away from direct implementation towards a model of funding national and local responders. This is loaded with problems, both political and practical.

Stepping out of implementation doesn’t address, but rather compounds, humanitarians’ legitimacy problems – and with different actors. For affected populations, what use then are these wealthy, foreign humanitarians, if they’re not running hospitals or feeding programmes or schools? And for states it’s even worse: subsidiarity moves humanitarians closer to intervening in sensitive areas. What is more political than fostering civil society in an authoritarian or war-ravaged country which is not your own?

Further, stepping out of operationality is exactly what major UN agencies, and increasingly multi-mandate INGOs, have been doing for a decade or two now. That’s the major reason why emergency water and sanitation interventions have become such a mess, or why in certain countries’ emergencies, there was hardly any international humanitarian presence outside the capitals.

Practically speaking, national and local responders are not the magic bullet that this report (and many, many, many others) seems to think they are, but are rather highly contextually specific as to the role they can play. In some countries with strong civil societies, local and national responders are highly capable and better placed to respond. And in some mainly middle-income conflict contexts, it is local responders who are the only ones who can secure access to their populations. These efforts must be supported as much as possible. However, in highly fragmented conflict zones (during sectarian violence or civil war) international staff are needed to cross front lines or negotiate with armed actors, because the perception of their neutrality is much higher. And, in some humanitarian crises with large displaced populations in rural areas, there are simply very few, or no, local actors who can meet the needs as they are. These contexts require agencies who can install large water and sanitation systems in camps, or run a trauma centre for war wounded, or establish a child protection programme.

The report’s authors do acknowledge a place for classical emergency-centred humanitarian action governed by the principles of neutrality and independence – but only “suited to a limited number of circumstances and players”.

The report lists the 10 largest humanitarian crises (by size of spend): Syria, South Sudan, Yemen, Sudan, Iraq, DRC, Somalia, OPT, CAR, Afghanistan. In every single one of these countries, humanitarians will not be able to save lives and alleviate suffering of those most in need (i.e. act in accordance with the principles of humanity and impartiality) if they are not able to access all sides of the conflict zone (i.e. act in accordance with the principles of neutrality and independence). Certainly, that is how MSF and many other humanitarian agencies think they must act in all of these 10 settings.

The question should rather be flipped: where are the major humanitarian crises where neutral and independent humanitarian action is NOT suited.