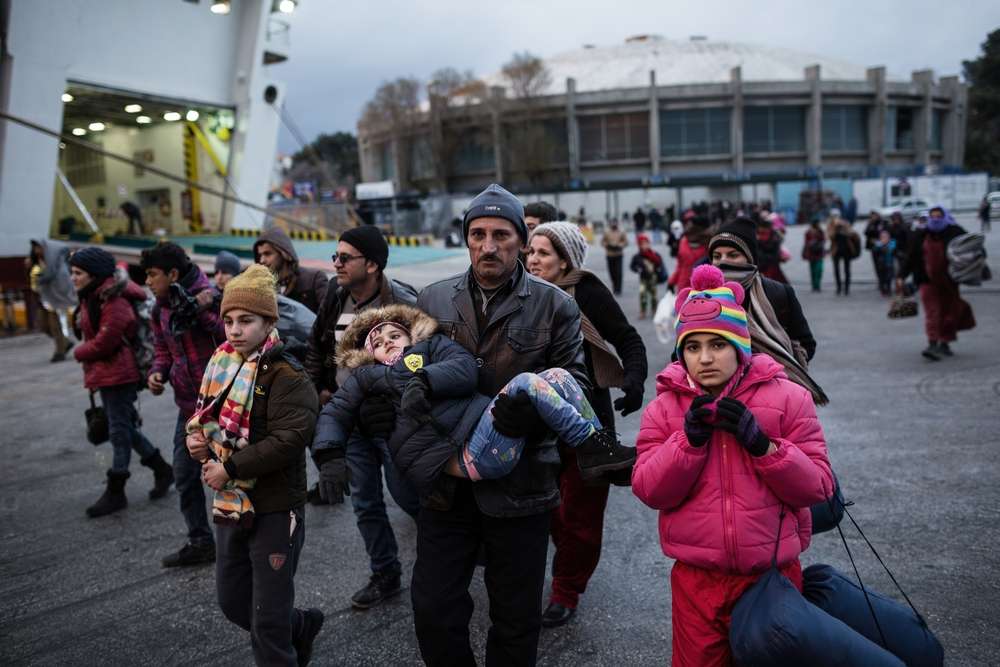 Fabrice Weissman argues that MSF's rejection of EU funding poses the organisation as an excessively wealthy and sectarian one, following opportunistic morals.

On June 17, 2016, Médecins sans Frontières/Doctors Without Borders (MSF) announced that it will no longer accept funds from the European Union and Member States, as a sign of protest against the closure of European borders to migrants and asylum seekers. “We reject the instrumentalisation of humanitarian aid for the sake of border control."

We cannot accept funding from the EU or the Member States while at the same time treating the victims of their polices! It's that simple.

As simple as that? Not so sure, if we consider that mutual instrumentalisation is at the core of NGOs-States relationships – and MSF growth.

Indeed, the European Union and its Member States have played a leading role in the development of MSF and other NGOs assisting victims of conflict and natural disasters. Funding 70 percent of the international humanitarian response, EU and OECD members have nurtured the expansion (and concentration) of the non-governmental humanitarian sector.

It is thanks to European funding that MSF has been able to access the club of billionaires NGOs and occupy a hegemonic position in the medical humanitarian field. This hegemonic position allowed MSF to raise a growing share of its income from private donors and gradually reduce the contribution of institutional donors to less than 10 percent. Ironically, it is thanks to ECHO that MSF believes it can now reject 62.8 million euros provided by the European Union and its Member States (representing 5 percent of its 1.3 billion budget in 2015).

Still, the financial windfall that fueled the growth of MSF and humanitarian NGOs in the 1980-1990 period was no less devoid of political intentions that today’s EU funds, regarded by MSF as morally and politically compromising.

Containing crises within their borders, and transforming war torn societies into stable states became the official objective of assistance policies advocated in the 1990s by the World Bank, OECD, the EU and many ministries for international cooperation such as DfID in Britain or USAID in the United States (whose motto was “foreign aid in the national interest” during the second Bush administration).

Mainly confined during the Cold War to refugee camps on the outskirts of conflicts, humanitarian actors were then encouraged to deploy massively in the heart of war zones, alongside United Nations Peacekeeping Operations which multiplied after the fall of the Berlin wall.

Considered a prime vector for containing crisis and pacifying societies in crisis, NGOs were called by their public donors to work hand in hand with the United Nations and with Western military forces engaged in military operations in Kosovo (1999), Timor-Leste, Sierra Leone (2000), Afghanistan (2001-) and Iraq (2003-).

In the years 1990-2000 the vast majority of humanitarian NGOs sided with governments and UN forces engaged in pacification operations. If they were encouraged by the abundance of institutional funding, they considered as well that they were contributing to a higher purpose than simply providing medical care and humanitarian relief to victims of conflicts.

Participation in the liberal coalition

Fighting for peace, justice, democracy and development, they believed to address the “root causes” of suffering. This NGO-UN-States partnership was certainly not without tensions. NGOs regularly criticised the States for encroaching on their territory, neglecting them in the allocation of resources, not devoting sufficient military resources to pacifiction activities or lacking voluntarism in countries where their national interest was not directly at stake (as in the Democratic Republic of Congo and Chad in early 2000 for example).

MSF participated in this great liberal coalition, before starting to distance itself in the 1990s. For the leaders of the NGO, the limited success or the failure of peace keeping operations (especially in Somalia and Rwanda) and of the invasions of Afghanistan and Iraq demonstrated that pacification and democratisation projects were fare more hazardous and costly in human lives than admitted by their advocates.

MSF withdrew to what looked as a less ambitious humanitarian approach: minimising loss of lives during crisis rather than trying to resolve conflict and fix broken societies. To this end, MSF put forward a position of neutrality, including vis-à-vis the UN and Western governments troops.

However, it continued to receive public funds, except from States imposing financing conditions deemed incompatible with its mission. Thus from 2004 onward, MSF refused to take funds from the US government, which required to control the public communication and the recruitment of staff of the NGOs it funded while forbidding them to use generic drugs for the treatment of HIV patients.

No such constraint explain today MSF’s decision to reject funding from the EU and its members states. It is as principle, that MSF refuses to take money from European governments intending to help refugees outside of their fenced territory they barricaded access. Yet, this European strategy of "humanitarian containment" is the continuation of the aid policies adopted by Western governments since the end of the Cold War.

This is this foreign aid policy, dictated by states security interests, that allowed MSF to become over the last 30 years the world's largest private medical humanitarian organisation. Dependency vis-à-vis Western governments has not prevented MSF to claim and obtain its desired freedom of speech and action, to distance itself from the practices of other aid actors, conduct autonomous aid operations while criticizing the policies of its donors when deemed necessary.

In this regard, if the critique by MSF of European asylum policy is perfectly legitimate, the rejection of European funding all over the world on the grounds that they are the subject to political manipulation reveals an amazing naivety and inconsistency. By renouncing any funding from the European Union and its member states, MSF deprives itself from essential financial resources (at a time its expenses have increased by 20 percent in 2015) while posing as an excessively wealthy and sectarian organisation, following an opportunistic morality.